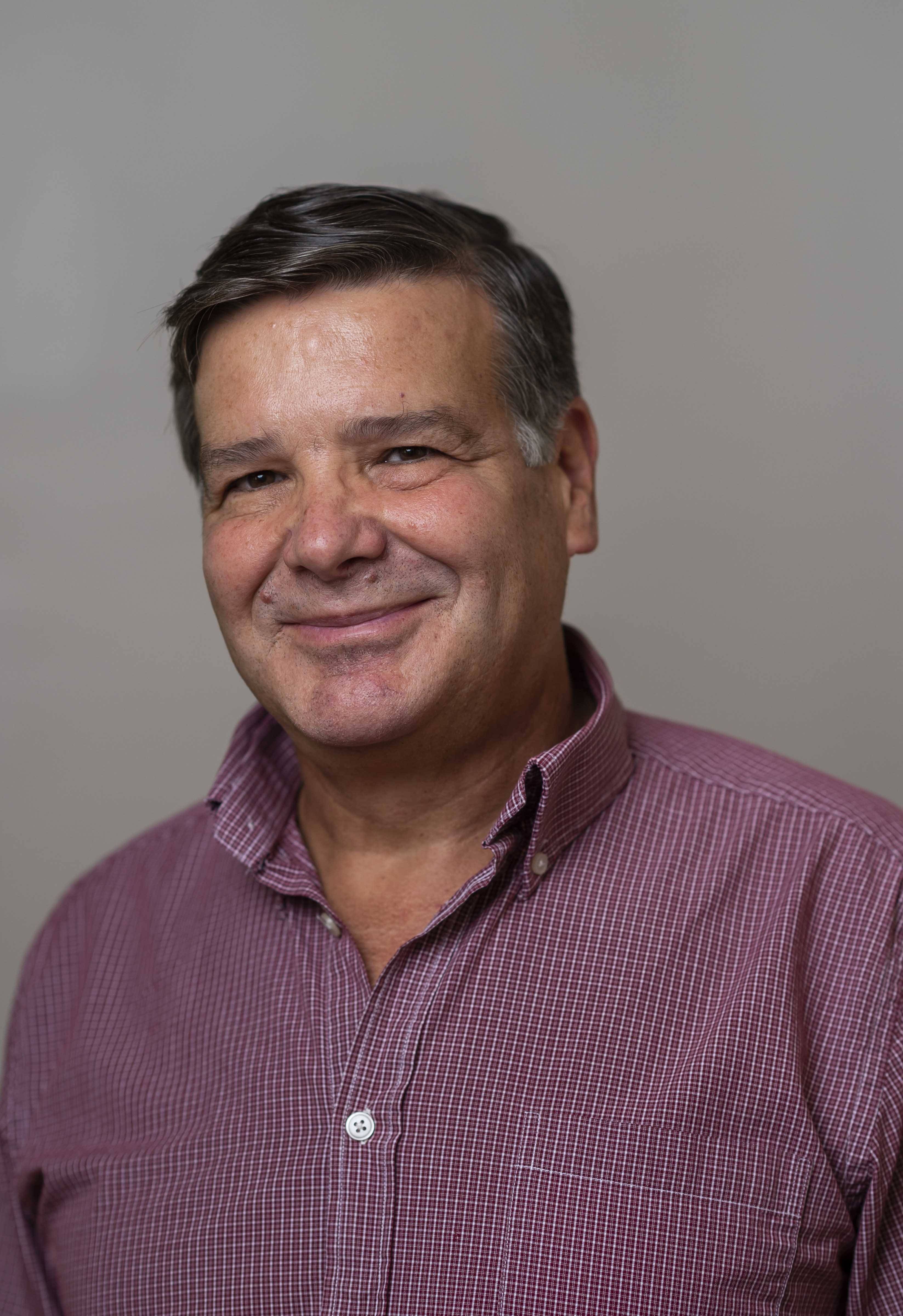 At Colgate we strive to be teaching pioneers. We dare to step out of the box by rethinking content and inventing new teaching methods. In the sciences, faculty and students plunge into the depths of their disciplines armed with state-of-the-art technologies to ask new questions and explore an exciting scientific landscape never seen before.

* = Student co-author
Article links to the file of the publication

In this research we create optical beams in a specific type of optical mode where the wave equation has the same form as the quantum equation for the single pendulum. As a consequence, the images that appear on a screen have an intensity proportional to the quantum probability.

Demonstrating how Quantum Superposition can Uncover the Eavesdropper in Quantum Communications

In the quantum world, a measuring device gives outcomes of a measurement. To each outcome corresponds a state. So after a measurement, the system is left (or projected) in the state corresponding to the measured value. A quantum system  can be in a superposition of states of the measuring device, so that a measurement modifies the state of the system. These quantum principles can be harnessed to detect an eavesdropper in a communication with photons. The measurement device detects the photon in one of 2 orthogonal states or possibilities. If the photons are sent in a superposition of these states and the eavesdropper makes a measurement, it would change the state of the photon so to reveal the action. We implement the generation and detection of the single photons using quantum entanglement, and simulate the eavesdropper with a dephasing optical element.

Determining the Orbital Angular Momentum of a Light Beam 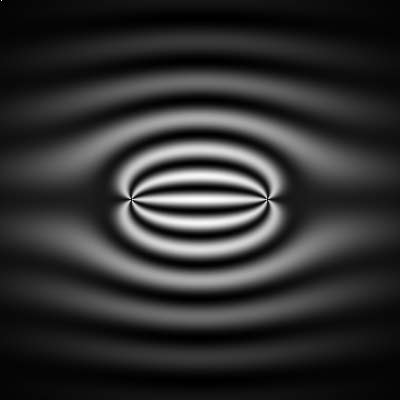 Optical Monstars
This work is the culmination of a study of topological patterns that we can embed in the polarization of the light. In presents a study of all the monstars that can be produced with three modes of light. Monstars are disclinations or disruptions in a rotational order. Why do we care? They are present in many physical systems: crystal dislocations, magnetism, and topologies of surfaces and materials, to name a few. However, in most situations we cannot control the pattern that appears, or is very difficult to generate a pattern deliberately. Here we use light to explore all the possibilities. We have found many new patterns that have not been seen before. We find them surprisingly variable, often showing wild and crazy shapes. The experiments reproduce the theory very well. The figure below shows three types of monstars (predicted shapes are in first row, and measured ones are in the second row). They are characterized by their index: the number of turns that the lines (polarization) makes per turn around the center. Their indices are:  +3/2 for the left pattern, 0 for the middle pattern, and -1/2 for the right pattern. 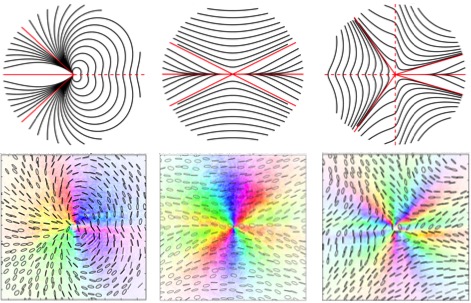 Using Light's Polarization to Investigate Nacre
Nacre or Mother of Pearl is the colorful iridescent surface of shells. It has an amazing structure: a brick and mortar pattern of micron-sized crystals (bricks) embedded in organic matter (mortar). The crystals, made of aragonite, modify the polarization of the light as it passes through them. In this study we study the structure of nacre by examining what it does to the polarization of the light after it passes through a thin section, edge on. A stage of turbulence or disruption in the growth of the shell leaves a mark in the layers of nacre, similar to the way major geological events in Earth's history leave a mark in the geological layers of the soil. In our case the layer is known as the myostracal layer. In this work we were able to show a difference in the structure of nacre before and after this event using light. It is a unique experiment! The photo below shows imaging photos of the sample and a glimpse of our analysis. For more you must read the paper!

Characterizing Brain Tissue with Entangled Photons
In this work we investigated how the entanglement in polarization between two photons of light survived when one photon passes through a thin slice of brain tissue. Before we did the experiment we thought that traveling through a messy medium of neurons and axons would wipe out the entanglement. What we found was surprising. The entanglement survived passage through tissue regardless of thickness! What mattered was not the thickness, but the amount of water and the type of tissue. Gray matter was quite transparent, but white matter was not. Other tissues, like kidney were not as transparent. The results that we present leaves us with one question: could we diagnose disease with this method? The question is still open. Stay tuned!

A New Approach and Lab for Teaching the States of Polarization of Light
In this article we propose incorporating the Poincare' sphere in introductory treatments of optics as a way to explain states of polarization. In particular, this approach makes an easy and intuitive connection between the polarization ellipse and its analytical description. We also present a new advanced laboratory where students explore all states of polarization in an interesting way: creating "holes" in laser beam and moving them within the beam. The holes are in reality the nulling of a certain state of polarization within a beam where the polarization varies across its transverse dimension. The figure below shows an example of the image of the beam with a particular state filtered out (left) and the extracted pattern after measuring it via polarimetry. 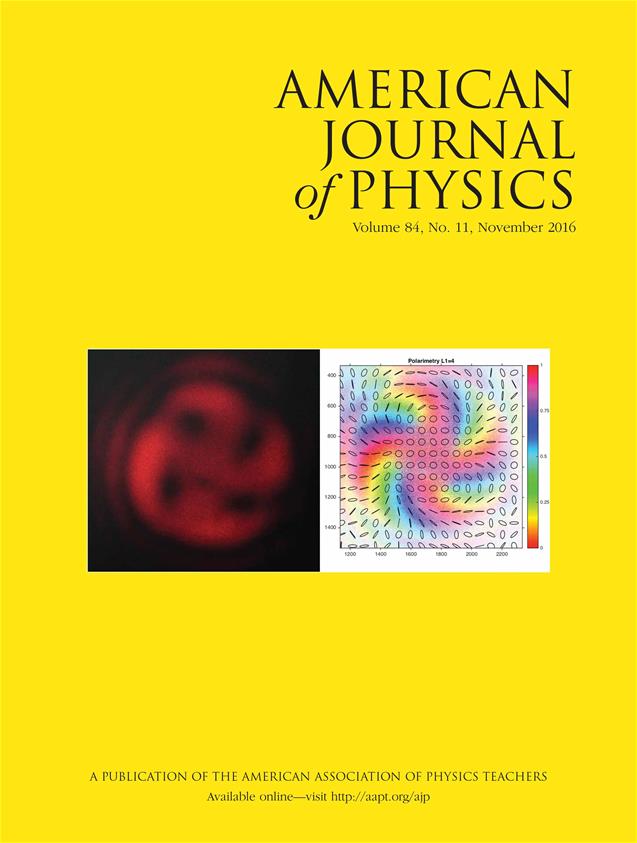 Exploring High-Order Disclinations in Polarization of Light Fields
In this work we investigated encoding topological features, known as disclinations, on the polarization of the light. Disclinations are dislocations of the rotational order of vectors, directions or lines. Think of your fingerprint. The skin ridges contort and at some points form patterns that are known as lemons and stars in topology, but loops and deltas in fingerprinting lingo. A next high-order pattern of a lemon is  one where the lines are radial or form concentric circles (whorls in fingerprints). Since we deliberately encode these patterns in light, we can do so with both types in all orders, as shown in the figure. In this article we present the technique to generate these patterns. In the figure we show two data sets. False color encodes the orientation relative to the radial direction (radial is yellow; orthogonal is blue). 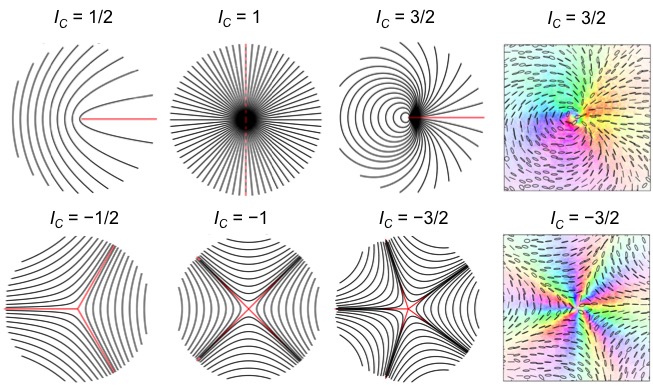 Investigating Polarization Singularities with a more Efficient Interferometer
The work of the previous article uses a same-path interferometer using two spatial light modulators to study further polarization singularities that are not centered on the beam of light. The particular singularities that we study are called C-points, which are points where the orientation of the polarization ellipse is undefined, but around which the orientation rotates. This is seen in the figure below, where false color denotes ellipse orientation. The structure of the singularities has a triangular shape, where the vertices of the triangle and its center contain the C-points (lemon/monstars at the vertices and star at the center). Simulation is on the left and measurements are on the right. Small ellipses placed in random locations specify the state of polarization at that point.

The previously listed article is a review of experiments with single photons adapted to teach quantum physics. It also lists the original articles that inspired those demonstrations, along with useful information for those interested in doing their own implementations.

Professor Galvez is an atomic and optical physics experimentalist. Recently his studies have focused on optics and quantum optics. These include fundamental studies of the geometric phase in optics, optical beams in high-order modes, singular optics, photon entanglement and studies of quantum interference with correlated photons. Prof. Galvez is also interested in physics education and in the development of new physics laboratories for undergraduates.