Colgate Recognized as a Top Producer of Fulbright Scholars 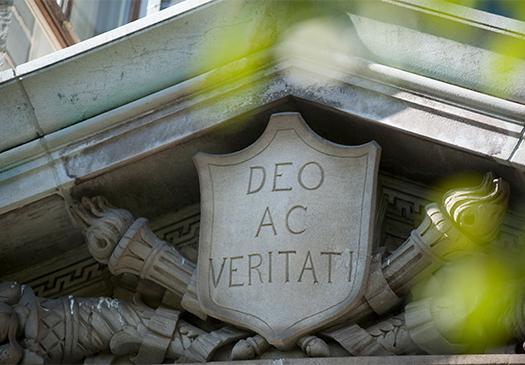 The U.S. Department of State Bureau of Educational and Cultural Affairs has named Colgate University as one of the nation’s top producers of Fulbright U.S. Scholars for the 2018–2019 academic year.

Since its inception in 1946, the Fulbright Program has provided more than 390,000 participants — chosen for their academic merit and leadership potential — with the opportunity to exchange ideas and contribute to finding solutions to shared international concerns.

Ballvé is spending the year in Colombia researching how environmental peacebuilding can be used to help that nation recover from decades of violent political conflict. Mundy is teaching undergraduate courses in international political economy and development at the Université de Tunis, and he is also conducting historical research on state building in Libya. Sullivan, who is also in Colombia, is working on a translation of an early Buddhist missionary biography. In the fall semester, Sullivan was at Academia Sinica in Taipei conducting research on contacts between Tibetan Buddhists missionaries, Mongols, and Chinese in the 16th century.

“We are proud of all the Fulbright students and scholars from these institutions who represent America abroad, increasing and sharing their skills and knowledge on a global stage,” said Marie Royce, assistant secretary of state for educational and cultural affairs.

The Fulbright U.S. Scholar Program is a program of the U.S. Department of State, funded by an annual appropriation from the U.S. Congress to the Bureau of Educational and Cultural Affairs, and supported in its implementation by the Institute of International Education.

For more information about the Fulbright program, visit eca.state.gov/fulbright.