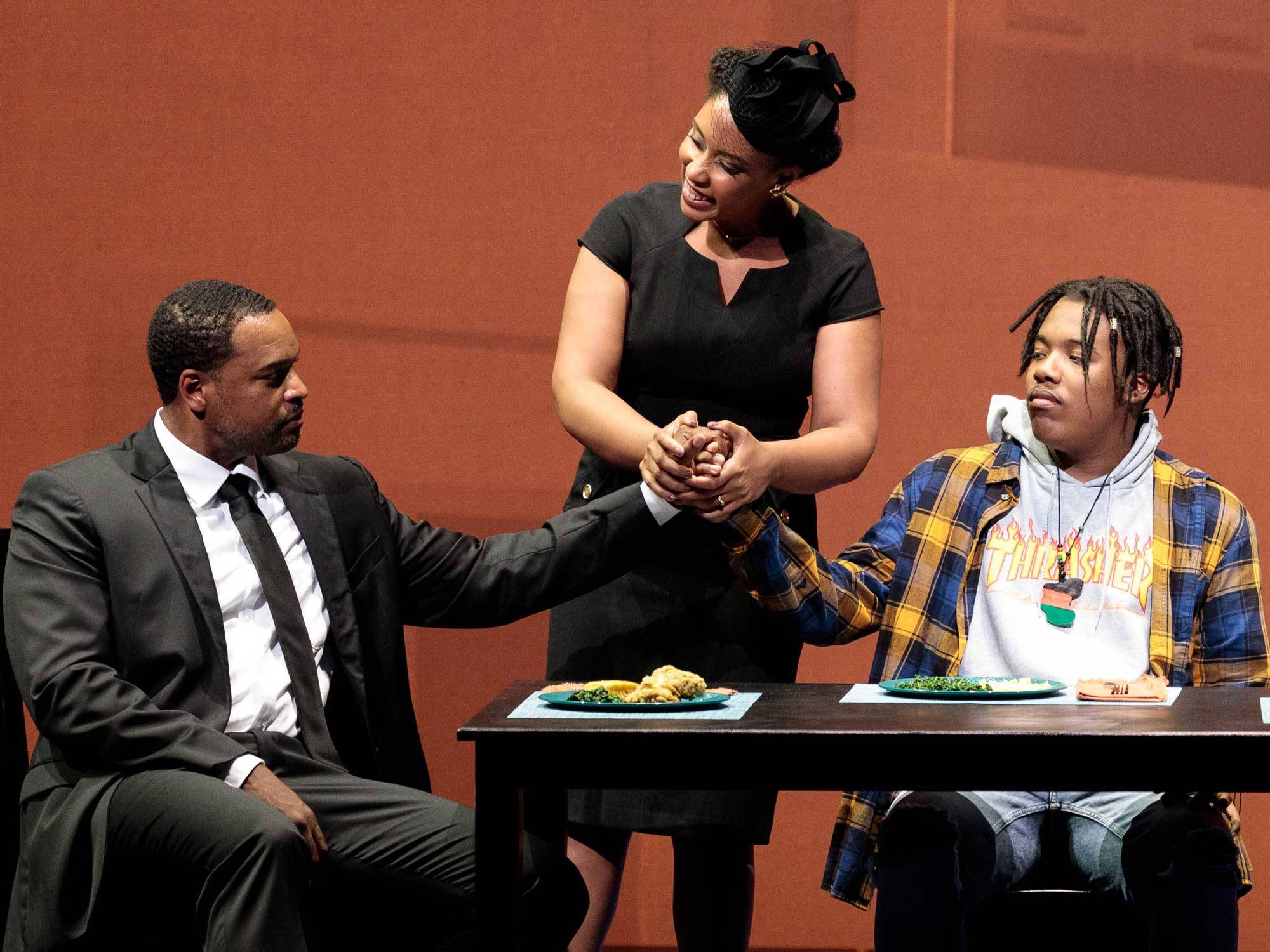 This summer, the Glimmerglass Festival in Cooperstown, N.Y., staged the world premiere of Blue, an opera exploring police brutality in black communities. A pre-show discussion with Colgate professors on topics such as institutionalized racism preceded each of the production’s seven performances, and several of the shows included post-show talkbacks as well.

“Our work addresses the black experience and the pervasive historical and contemporary realities and manifestations of white supremacy,” Sanya said, explaining why they specifically were invited to participate.

Blue comes from Tony Award-winning composer Jeanine Tesori and Tazewell Thompson and follows an African-American couple raising their son in Harlem. The father serves on the police force, and his son, joining in a non-violent political protest, is shot and killed by a fellow officer.

“When an officer is involved in the killing of black people, the protests and responses to these killings are often simplistic and characterized as an attack on the police,” Sanya said. “Blue has the potential to interrupt that: What happens when a black police officer’s son is killed by his brothers in blue?”

Each night’s pre-show discussion gave approximately 100 audience members the chance to ask questions anonymously about systematic racism. Simmons tackled popular ignorance of police bias and a lack of broad media coverage around the extent of the issue, while Hsu emphasized the importance of individuals in central New York recognizing that this type of racialized violence happens here.

Sanya addressed how laws are made through a human process, embedded in cultural values, and, given the history of the United States, feature the history of enslavement and allow for racism to persist. Palmer also centered his talk on the underlying causes of police killings of unarmed black men.

“This is something that has been created in America 400 years ago, and these communities are still paying the price, because we have not addressed it the way it should be addressed,” Palmer said. “We are still in the shadow of white supremacy — the belief that we can treat people as though they are not humans.”

The professors hoped bearing witness to the trauma of such an event through a highly emotional opera would allow audience members to empathize more fully and feel more outraged at the injustices happening in black communities every day. After seeing their academic arguments depicted through Blue’s operatic songs, they hoped audience members would begin to sing a different tune as well, calling out injustices when they see them, and voting in favor of criminal justice reform to begin righting historical wrongs.