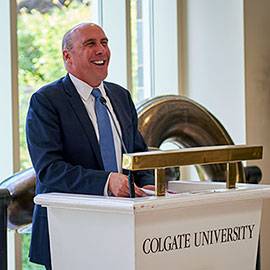 President Casey earned a bachelor of arts in philosophy and economics at the University of Notre Dame and his JD from Stanford University Law School. He joined Davis Polk & Wardwell and practiced law in New York City and London before attending Harvard University, where he earned his PhD in the history of American civilization.

After graduation, Casey spent four years as assistant provost at Brown University, and, in 2005, returned to Harvard as an associate dean for academic affairs in the Faculty of Arts and Sciences. He served in that capacity until DePauw University called — in 2008 he became that school’s 19th president, a role he held for eight years until becoming Colgate’s president on July 1, 2016.

Since 2016, President Casey has accomplished much, including the construction of three major buildings: two 100-bed residence halls, Jane Pinchin Hall and Burke Hall, and a new center for careers and postgraduate study, Benton Hall. Current capital projects include the expansion of the University’s largest science complex, Olin Hall, and the creation of the Benton Center for Creativity and Innovation, which will be the foundational building for a new academic quadrangle dedicated to arts and innovation.

President Casey, in partnership with senior administrators, the Board of Trustees, and the University faculty, has developed a comprehensive, long-term vision for Colgate’s third century. That vision is articulated in the Third-Century Plan, and its initial priorities will be addressed through the recently announced $1B Campaign for the Third Century — the most ambitious campaign ever undertaken by an institution of Colgate’s size.

During the past few years, applications to Colgate have risen to more than 21,000 — more than doubling the number of applicants — and the endowment has grown to over $1 billion. Further, a dozen new endowed faculty chairs have been established.

Under President Casey’s leadership, Colgate is building a diverse scholarly community, strengthening the academic enterprise, investing in the student experience, and stewarding a campus of remarkable beauty. 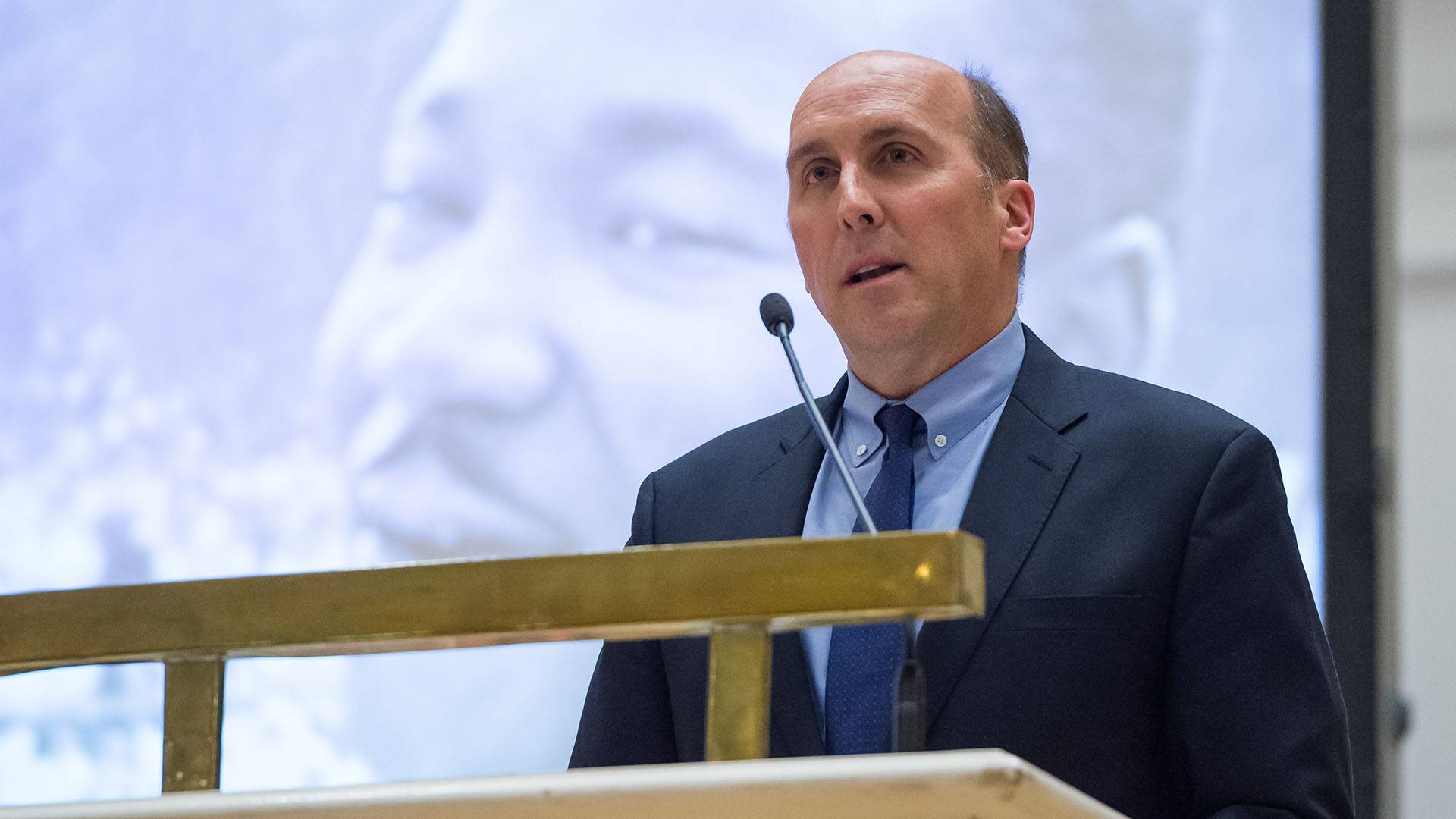 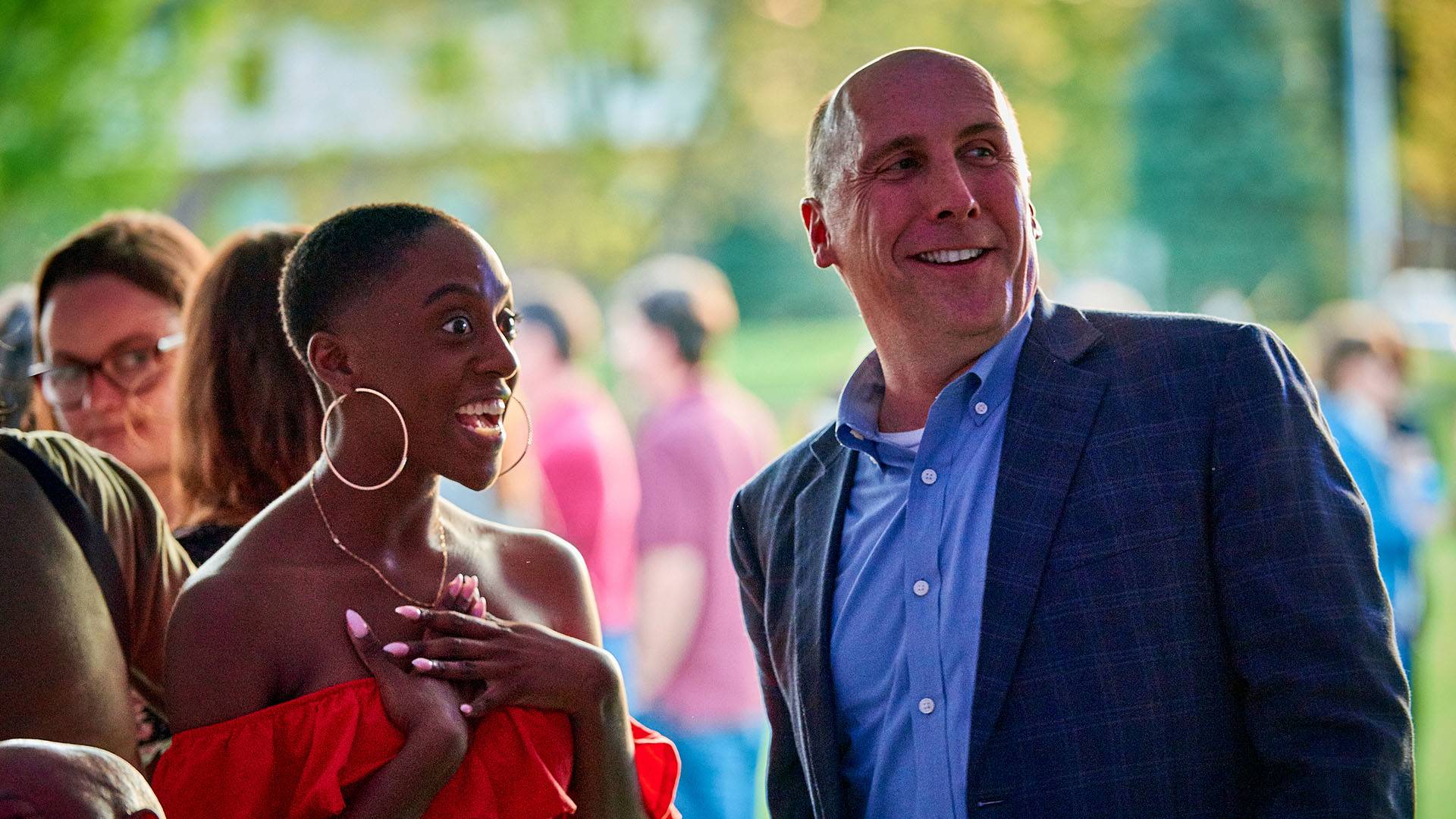 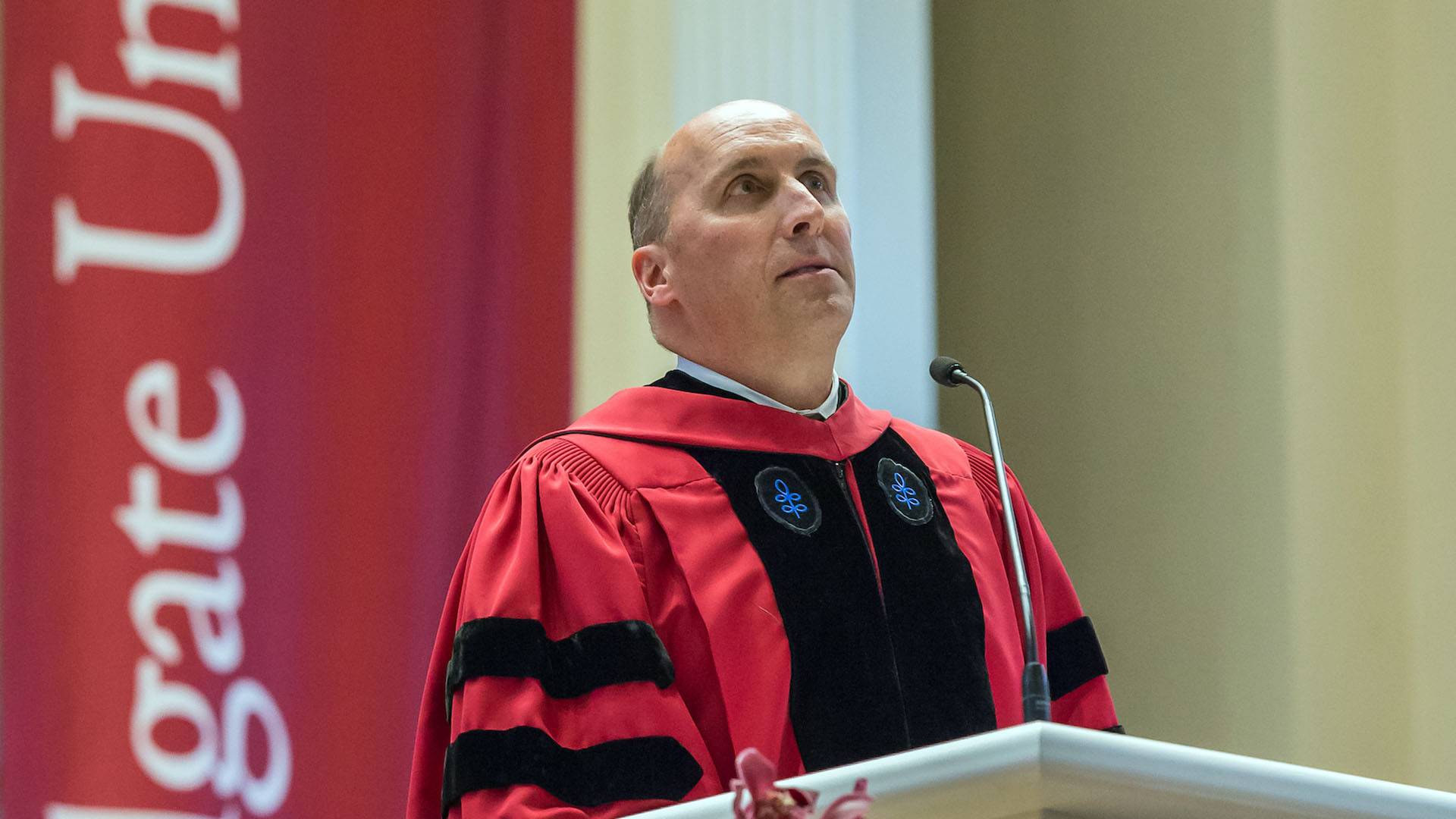 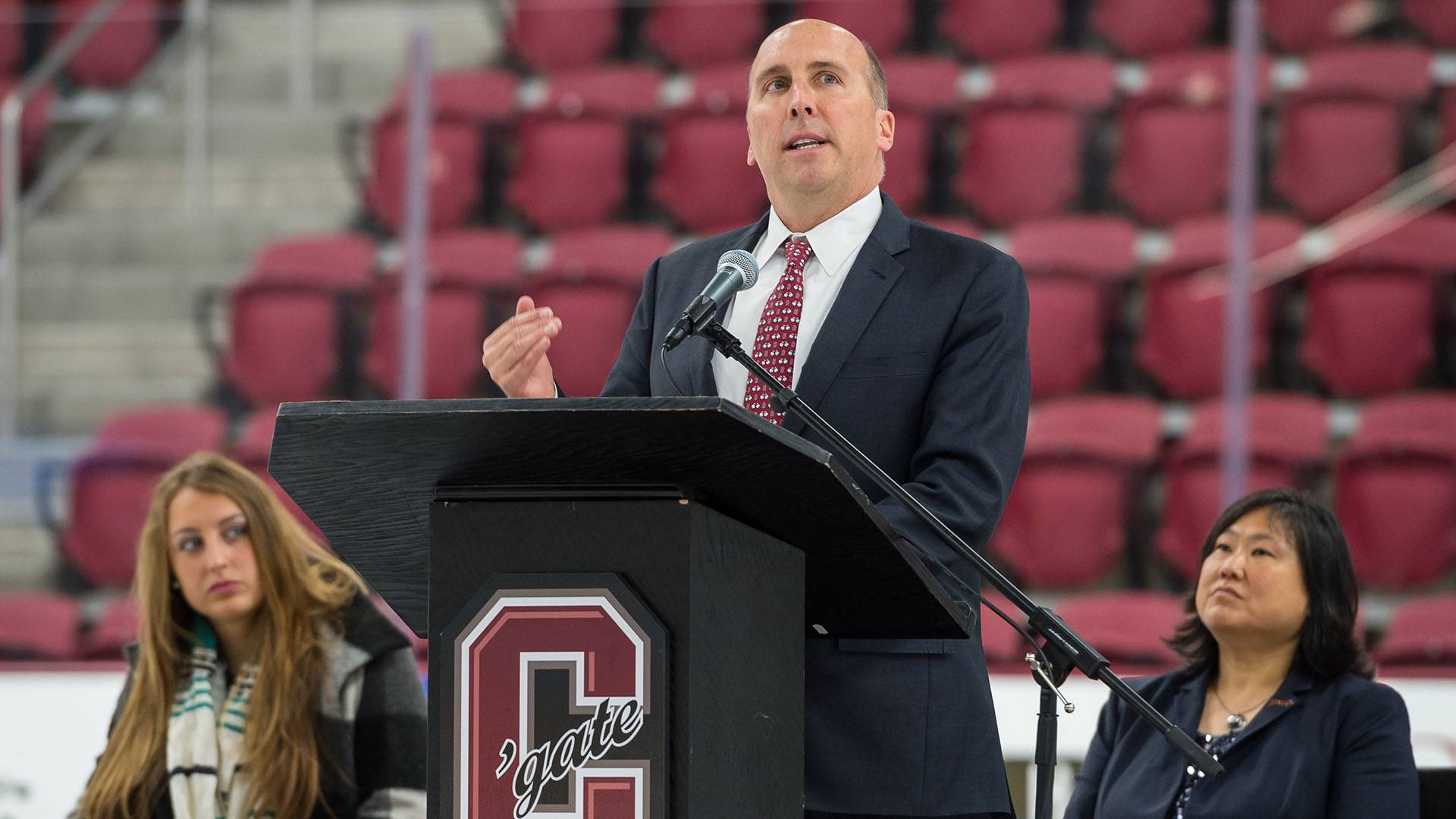 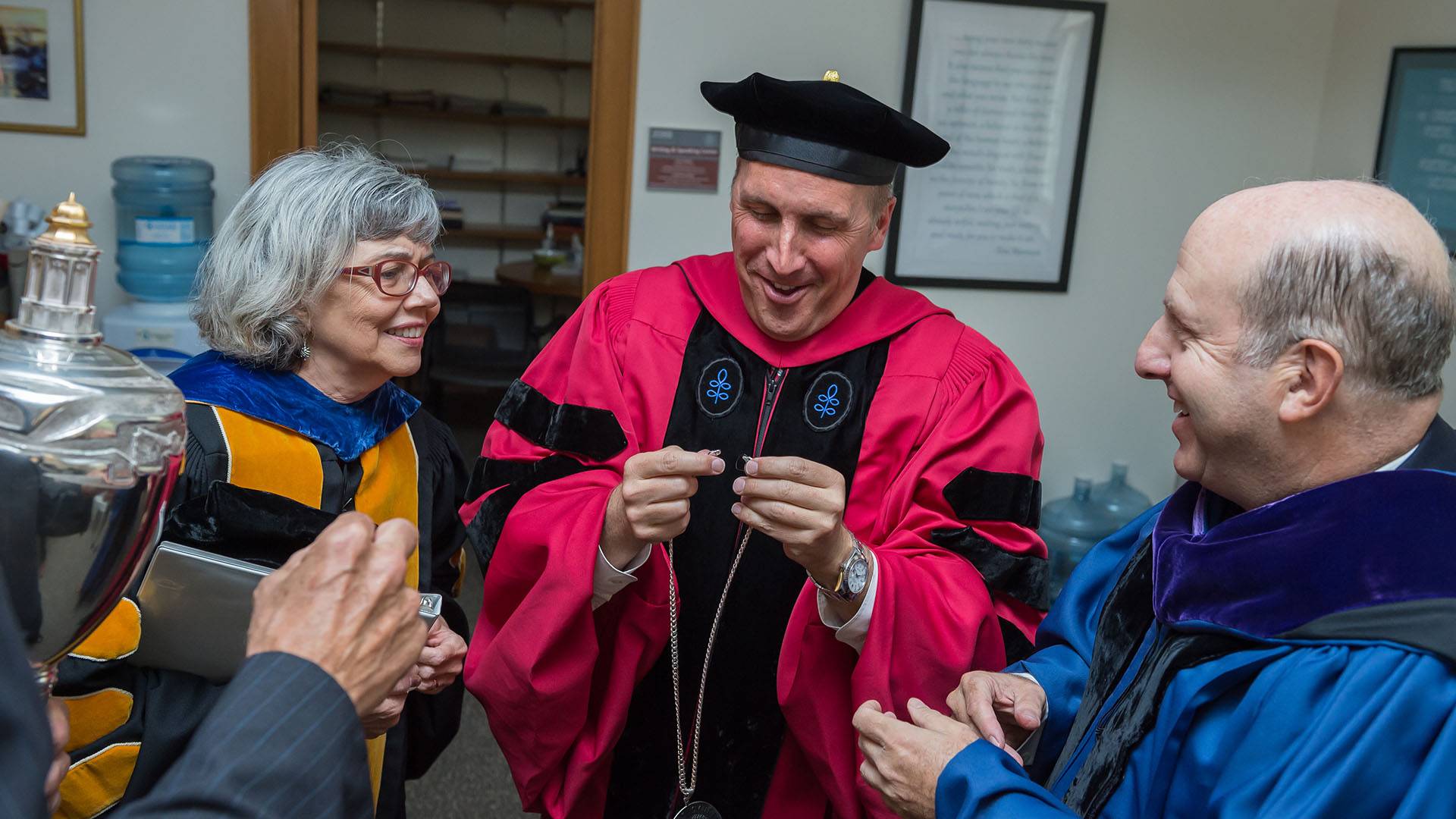