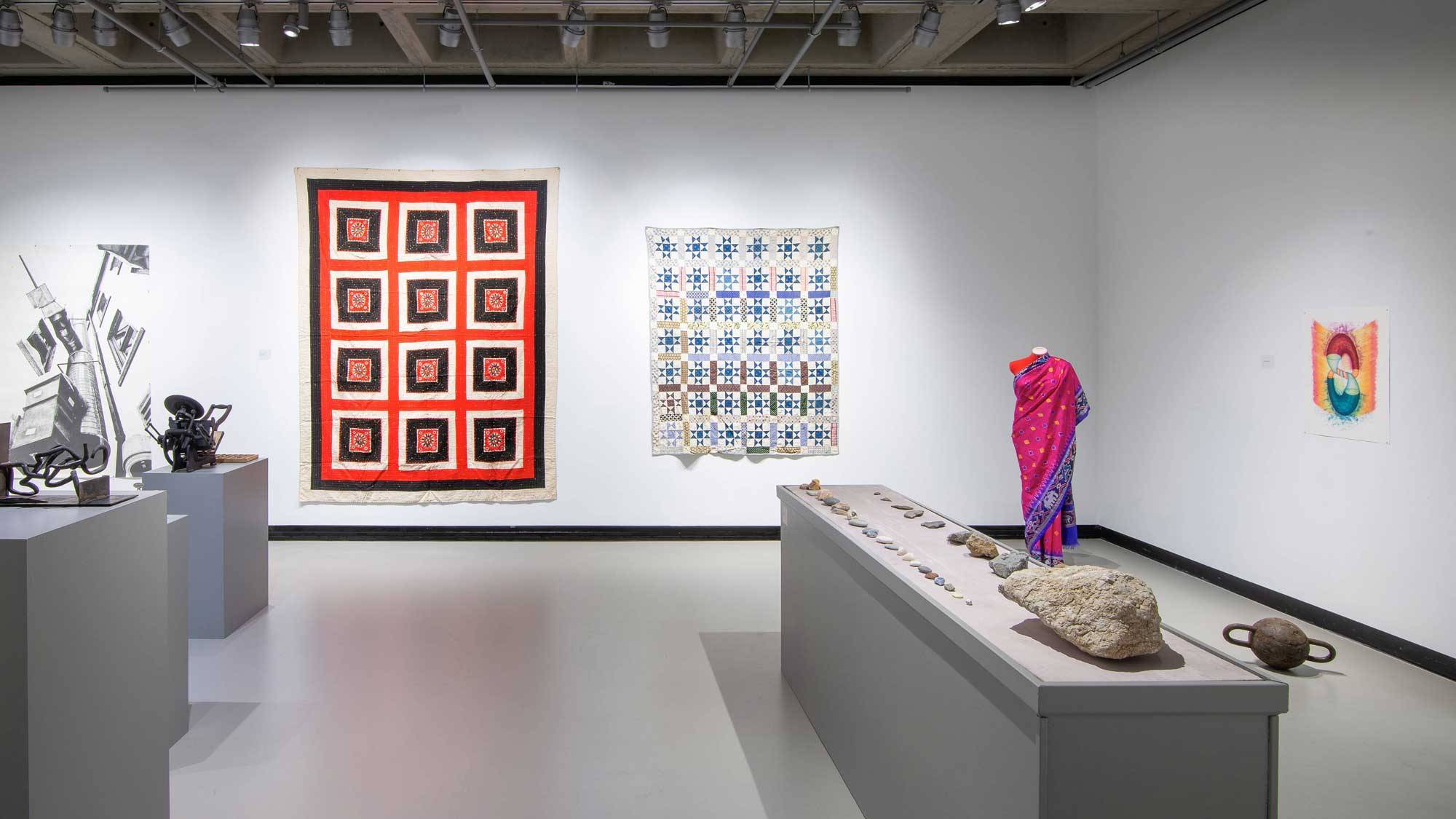 By: Rebecca Docter
Department of Art and Art History
Share

From the side, it looks like an ordinary autumn wardrobe staple. But when turned to the front, its iconic detail is made known: the split toe. Made of leather with a rounded heel and sleek look, Martin Margiela’s Tabi boot has appeared on runways in several iterations for the past 30 years.

An array of Tabi shoes collected by Professor Lynette Stephenson are on display in the Clifford Gallery exhibition ARTS Collects, a selection of items from art and art history faculty and staff. They’re among dozens of other items, from vintage student art projects to herbal remedies.

The exhibition was curated by Professor DeWitt Godfrey, who says museums and institutions will often ask artists to curate from their own collections. The idea to show pieces from the department, not just faculty members, came long ago from the late Professor Emerita Linn Underhill.

“I knew from my relationships with colleagues that many of them are very serious collectors of very different kinds of things. I expected we’d get an interesting range, but in the end, it was a surprise,” Godfrey says.

Among those surprises were Assistant Professor Margaretha Haughwout’s collection of herbal remedies. Small jars of dried herbs, tinctures, oils, and honeys were arranged on a shelf, along with a doctor’s bag that belonged to Haughwout’s father. “That’s how I got into herbalism, I rebelled against an expensive modern medical system and began to think about ways that everyday people can heal themselves. That rebellion began a lifelong conversation between us.”

For his part, Godfrey displayed three pieces, including a weighted industrial crane ball that he’s hung on to since the 1980s. It’s one piece from his 40-foot steel shipping container full of personal effects.

He says he’s attracted to the weighted sphere because, like other tools, its beauty is in the fact that it was made just to perform its function — to keep the wire rope on a crane tight — without any embellishment. Godfrey sees similar attributes in natural specimens, like cow femurs, which he’s using in his sculpture course.

Collections are deeply personal, and by displaying them to the public, including students and their colleagues, the faculty and staff in the art and art history department opened a window into their lesser-known interests. Altogether, Godfrey says that the effort shows the range of personalities the department has to offer.

“It’s actually turned out even better than my wildest dreams — I think we’ve really got a wonderful collection of things.” 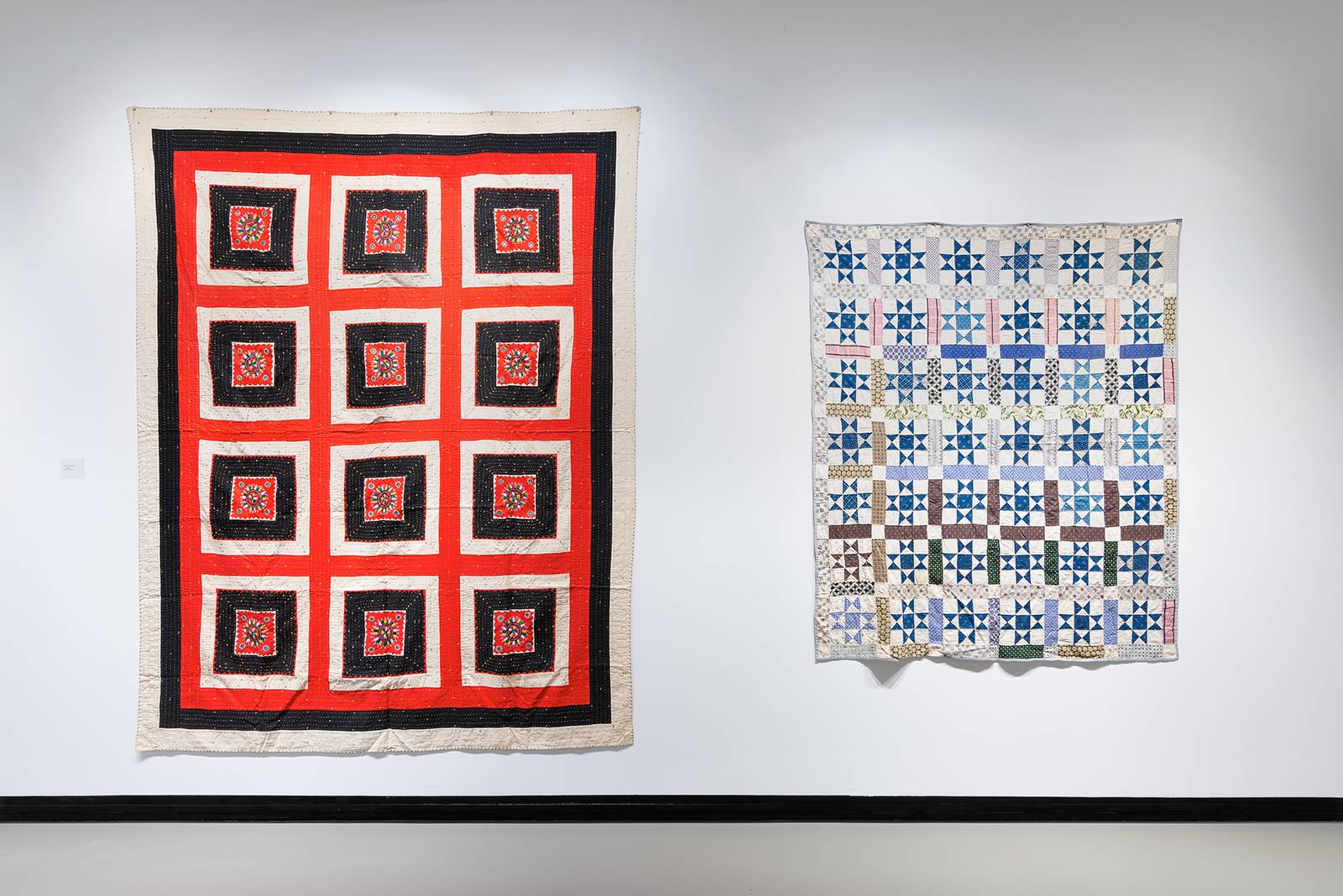 Professors Padma Kaimal and Andy Rotter bought the black, red, and white quilt at a craft sale in Rajasthan, India, as a wedding gift to themselves. 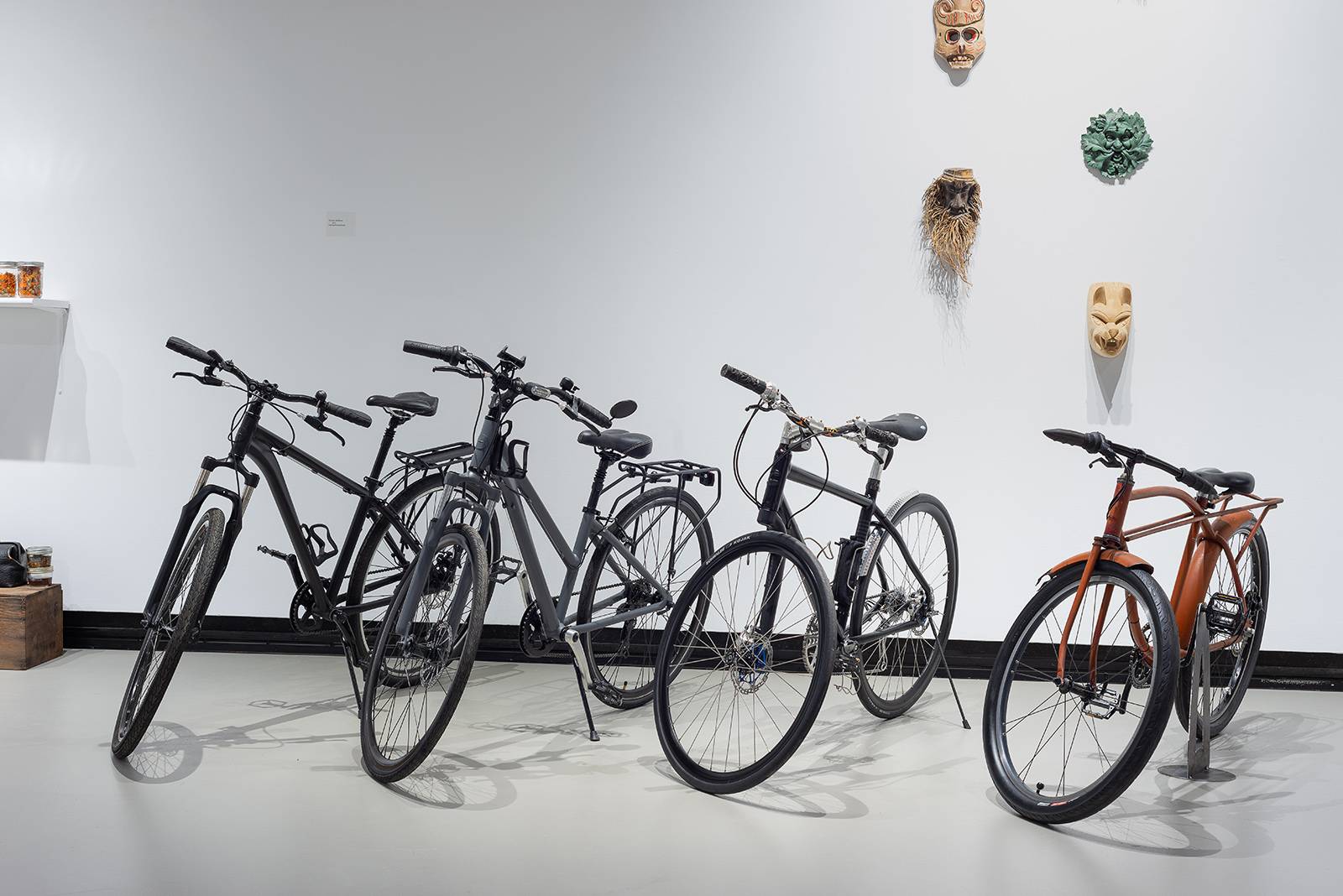 Bicycles are Studio Safety Technician Duane Martinez's favorite simple machine — these are four from his collection. They stand alone as examples of technology and playful design. 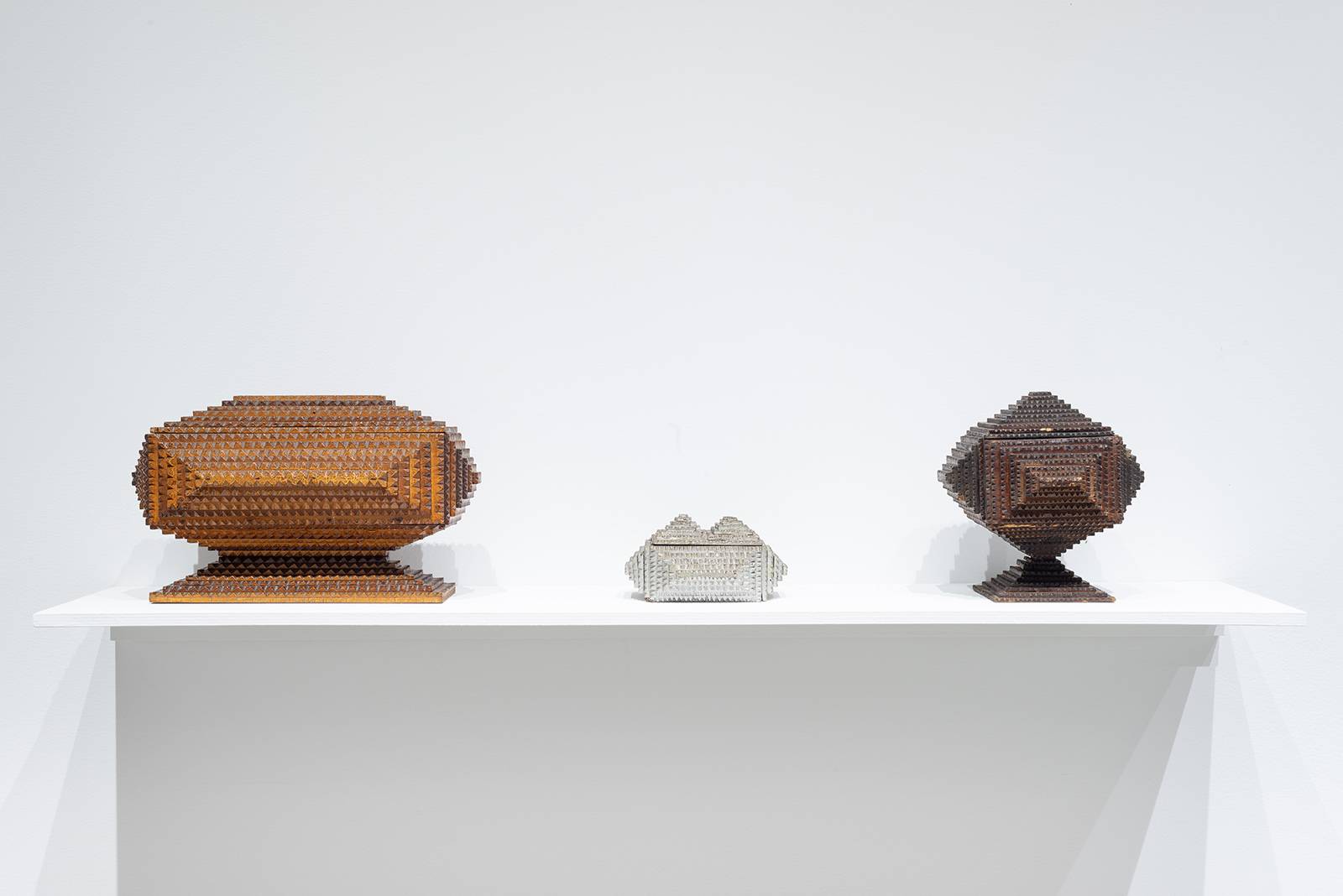 Professor Lynn Schwarzer and Professor Emeritus John Knecht collect Tramp Art boxes — the style is a type of folk art done by men as a hobby between the late 1800s and the 1930s. 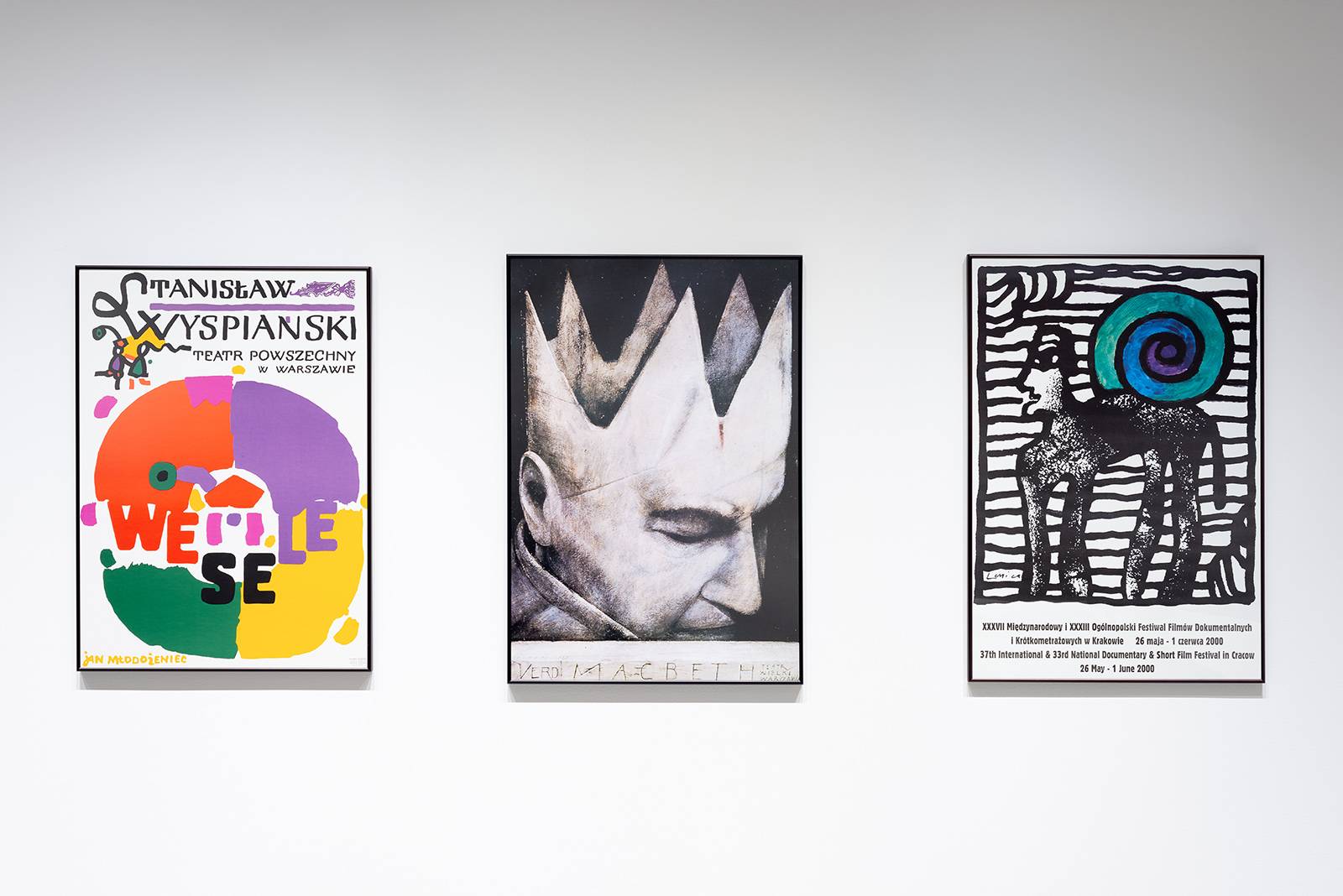 Professor Carolyn Guile has been interested in the Polish poster artform since she traveled to Warsaw for the first time in the 1990s. These are fairly recent additions to her collection. 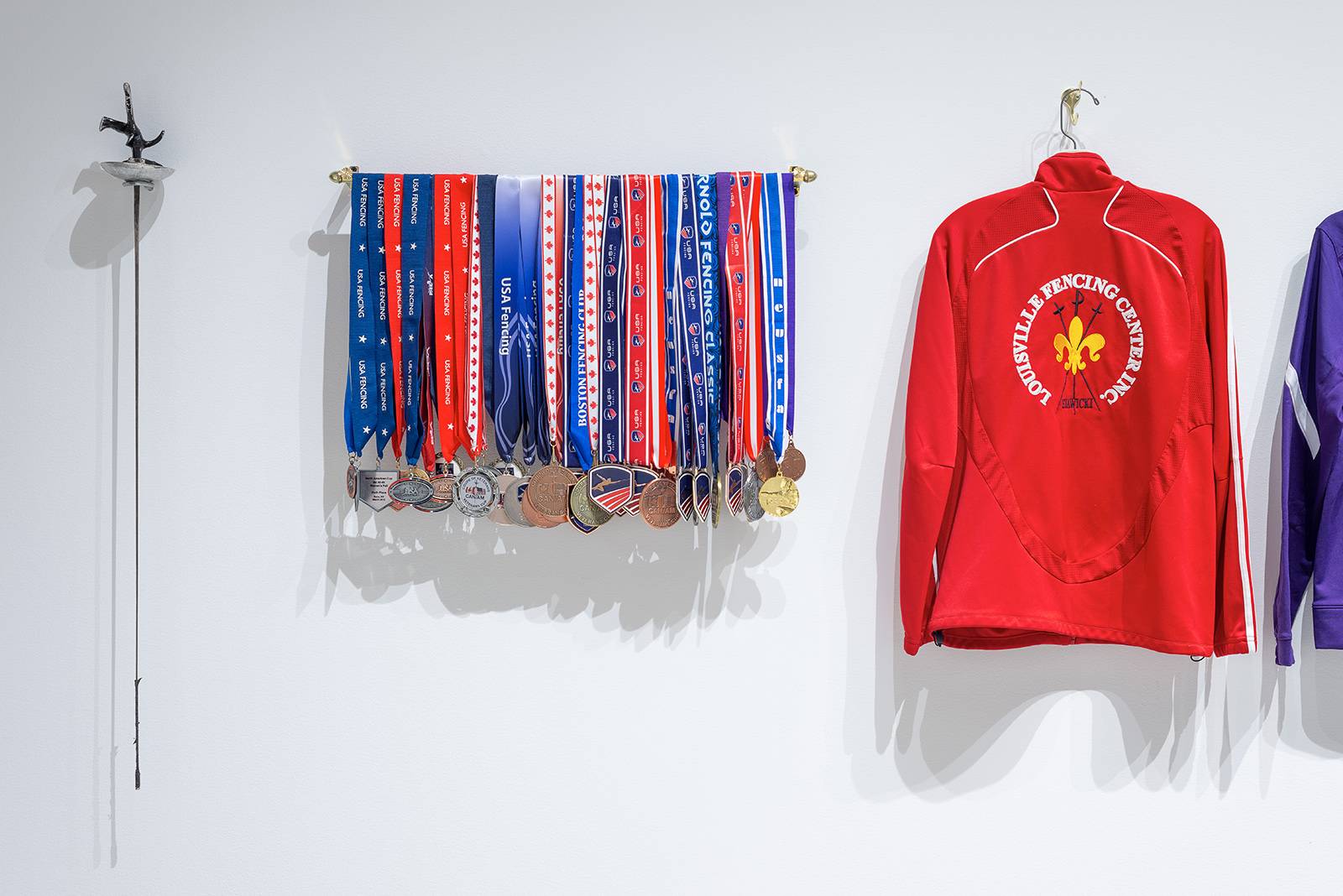 When Visual Resources Curator Lesley Chapman took up foil fencing in 2004 —having never been athletic — she became hooked on the sport. Now, she competes regularly in the USA Fencing Veteran division. 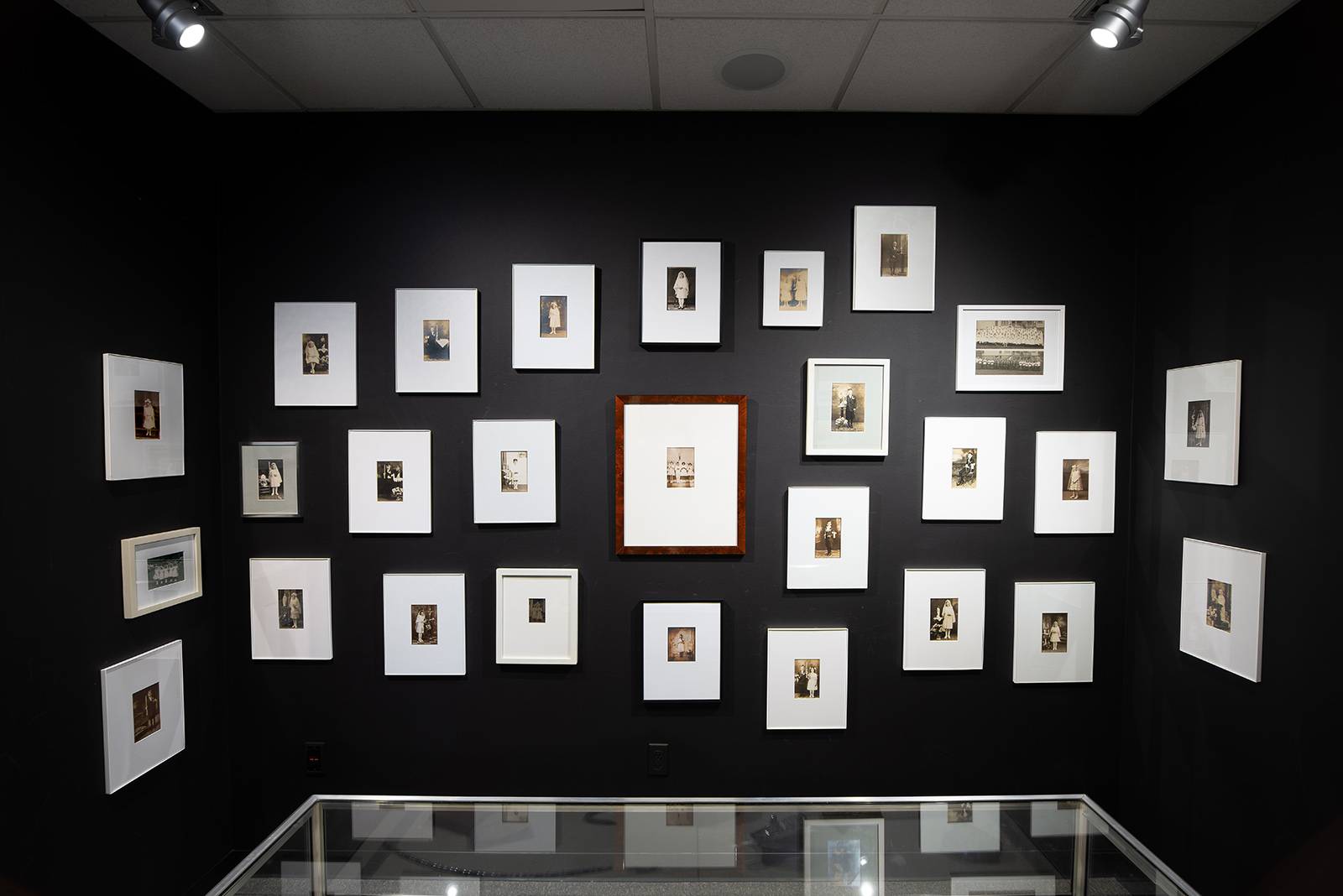 In addition to her Tabi shoes, Professor Lynette Stephenson displayed communion photos. She started her collection with a photo of her brother and sister, taken when they lived in the Philippines. 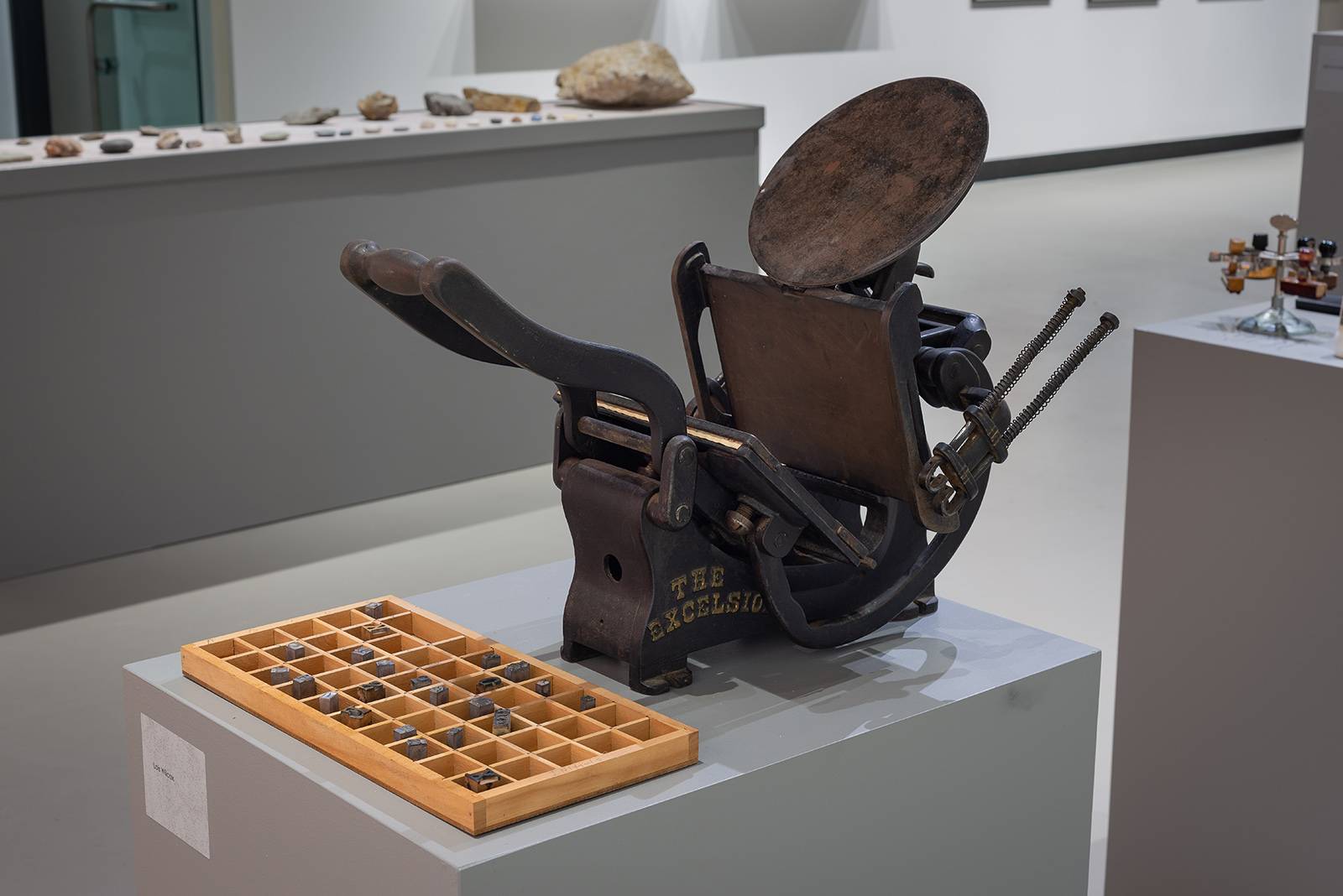 Administrative Assistant Lois Wilcox received a typewriter as a gift from the department after the creation of Little Hall — it was just like her grandmother's machine. Since then, she's added to her collection from garage sales and auctions.