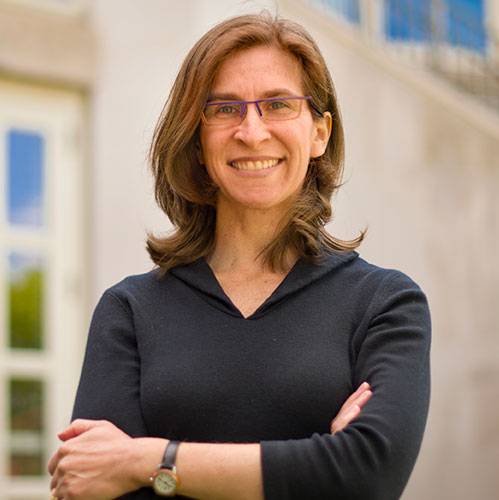 Rome Prize Fellow at the American Academy in Rome

My research and teaching examine the relationship between artistic forms and ideological content in the art of the ancient world. I have published three articles on the Emperor Constantine’s monuments in the city of Rome (one of which won the Art Bulletin’s Arthur Kingsley Porter Prize). I have also grown increasingly interested in the social, political and economic contexts in which ancient art is used, studied and presented in the modern world. A seminar I taught called "Looting, Faking, Collecting, and Understanding Antiquities" (syllabus) eventually became Shaky Ground: Context, Connoisseurship and the History of Roman Art (Bloomsbury Academic Press, 2013). The book focuses on the epistemology and historiography of Roman art history -- how we know what we think we know about ancient art and how that knowledge has been shaped by various institutional forces. It argues that much of what we treat as "fact" in the discipline is a house of cards, built on famous, unprovenanced artworks whose history and authenticity are more a matter of convention than of secure evidence. It is a call for greater methodological self-awareness on the part of those who teach, write about, and curate Roman art. A forthcoming volume of the Archaeological Institute of America's Selected Papers in Ancient Art and Architecture gathers papers written in response to this argument. I've also teamed up with Smarthistory/Khan Academy to produce some videos aimed at students and the general public on topics such as what we learn from archaeological evidence, why it's so easy to get it wrong when we don't know where ancient artworks come from (even the really famous ones), and the harm caused by looting.

My recent work engages more with museum practices than with academic ones. I am fascinated by how museums present objects in their collections, particularly the messy ones -- the ancient ones that may have been looted; the ones that other people consider their own cultural property and want back; and the ones that scholars think might be forgeries. My recent articles in the American Journal of Archaeology, the Art Newspaper, Hyperallergic, the Journal of the History of Collections and the International Journal of Cultural Property explore these themes. Most recently, I have collaborated with colleagues in Art History, Anthropology and History who share these interests to develop a new interdisciplinary program at Colgate in Museum Studies.

Currently, these interests are coming together in a longterm project on antiquities and university museums, which was also first developed with students in a seminar. We studied a group of twenty late antique Egyptian limestone reliefs that were donated to Colgate's Picker Art Gallery by an alumnus in two batches, one in 1966 and the other in the 1982. These reliefs, which depict pairs of animals frolicking among spiraling vine-scrolls, lack any information about their findspot. The seminar considered what, if anything, can be learned about the past from such objects. How far can connoisseurship get us? How can we be sure they aren't forgeries? Should we even be studying these objects, thereby valorizing the practices of the art market that delivered them to our door, stripped of all of the archaeological context that might have helped us understand their ancient symbolism and function? Do university museums have a special responsibility not to engage in such ethically compromised practices? Or rather, are university museums the only appropriate home for illicitly trafficked antiquities, given the potential for such objects in that setting to educate students and the public about issues such as looting, forgery, and cultural heritage? With sponsorship from the Kress Foundation, I convened a large group of experts on this topic for a one-day workshop at the Center for Arts and Cultural Policy at Princeton University in Fall, 2019. University museums may offer a way out of the current stalemate that has pitted archaeologists against collectors for more than three decades.

Colgate is home to a vast collection of natural history specimens. These specimens have been used extensively in teaching throughout the last 150 years, beginning in 1868 with their arrival in the luggage of Albert Bickmore, former professor of zoology and geology and founder of the American Museum of Natural History in New York City.