Special Episode of 13: The War in Ukraine 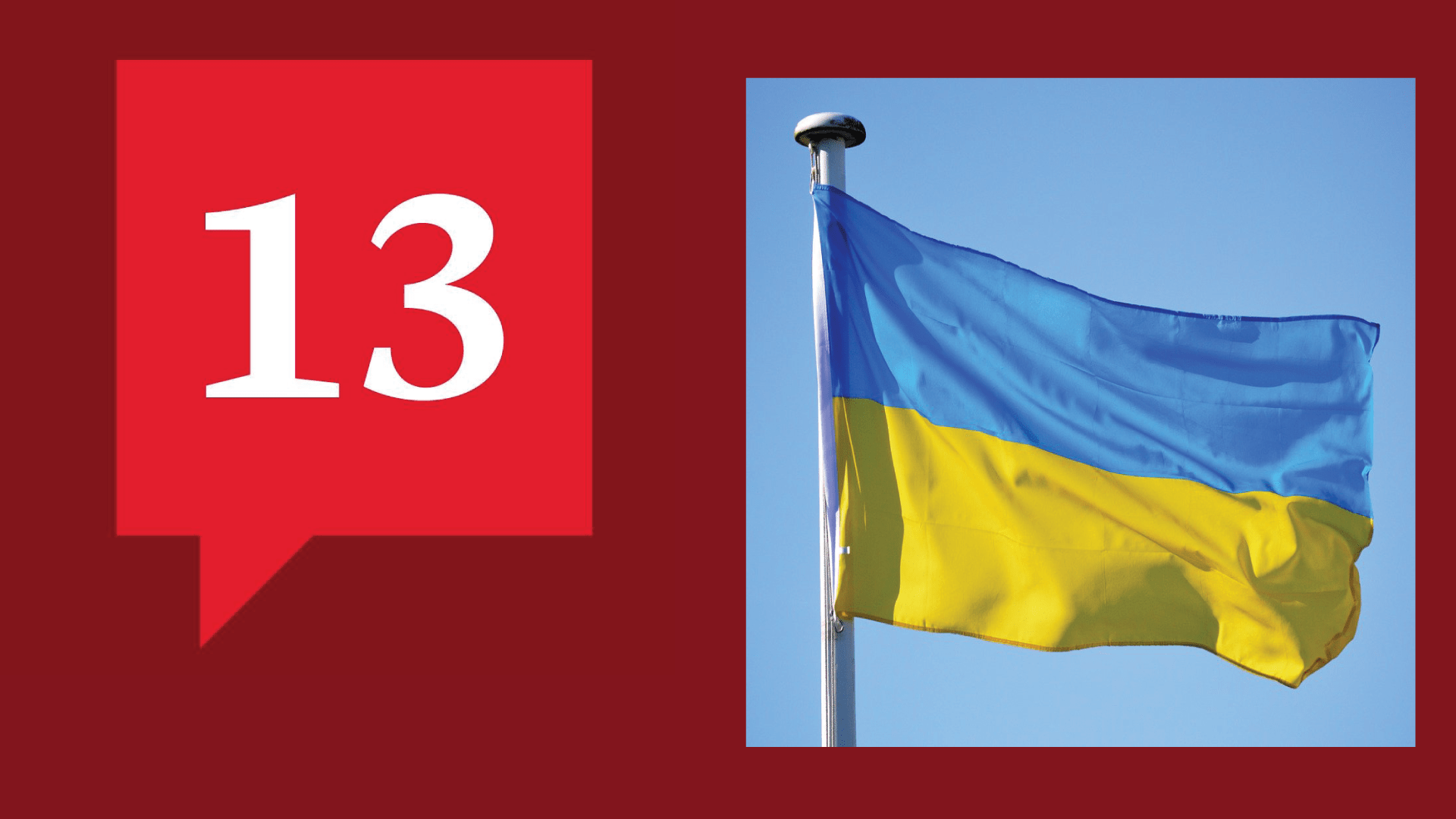 Shortly after Russia’s Feb. 24 invasion of Ukraine, these members of the faculty hosted an online discussion for the Colgate community about the conflict. During that forum, community members submitted a multitude of questions. In this episode of 13, recorded on Monday, March 28, 2022, our panel of interdisciplinary experts answers more community questions.

Graybill specializes in Russian and Eurasian studies, urban ecology, energy geographies, social-ecological systems, participatory and cognitive mapping, and environmental ethics, among other topics. She holds a bachelor of arts in Russian language and literature and a bachelor of science in geosciences from the University of Arizona, a master’s in geosciences from Yale University, and a PhD in geography and urban ecology from the University of Washington.

Gorshkov, who is originally from Russia, left that country in 2014 due to persecution as an openly queer professor and advocate for LGBTIQA+ rights. Prior to coming to Colgate, Gorshkov served as tenured faculty member at Perm State University in Russia, a visiting scholar at Indiana University, and assistant director of the Pride Center and Women’s Center at Slippery Rock University. Gorshkov holds a doctorate in political science from Perm State University.

Hedberg’s research and teaching specialties include comparative politics, business-state relations in hybrid regimes, Russian foreign policy, energy relations in the former Soviet Bloc, political corruption, as well as markets and institutions in developing economies. Prior to Colgate, Hedberg was part of the School of Advanced International Studies at Johns Hopkins University, where she served as the James Anderson Adjunct Professor at SAIS Europe. Hedberg holds a bachelor of arts from Yale University and a doctorate from Harvard University.

Morkevičius is the author of Realist Ethics: Just War Traditions as Power Politics and numerous articles. Her focuses include the intersection between power and ethics and the applicability of traditional just-war thinking to contemporary challenges, including cyberwarfare and information warfare. Morkevičius holds a bachelor’s degree in East Asian languages and cultures/French from the University of Illinois at Urbana-Champaign; a master of arts through the University of Chicago’s Committee on International Relations program; and a PhD in political science, also from the University of Chicago.

Ries specializes in symbolic anthropology, social theory, Russian culture and society, and peace and conflict studies. She has written many publications, including What Happened to the Russian Mafiya: Chaos to Crisis Militarization under Putin, Thugocracy: Bandit Regimes and State Capture, and Ukraine and Russia: The Agency of War. Ries earned a bachelor of arts from Boston College and a master’s and PhD from Cornell University.