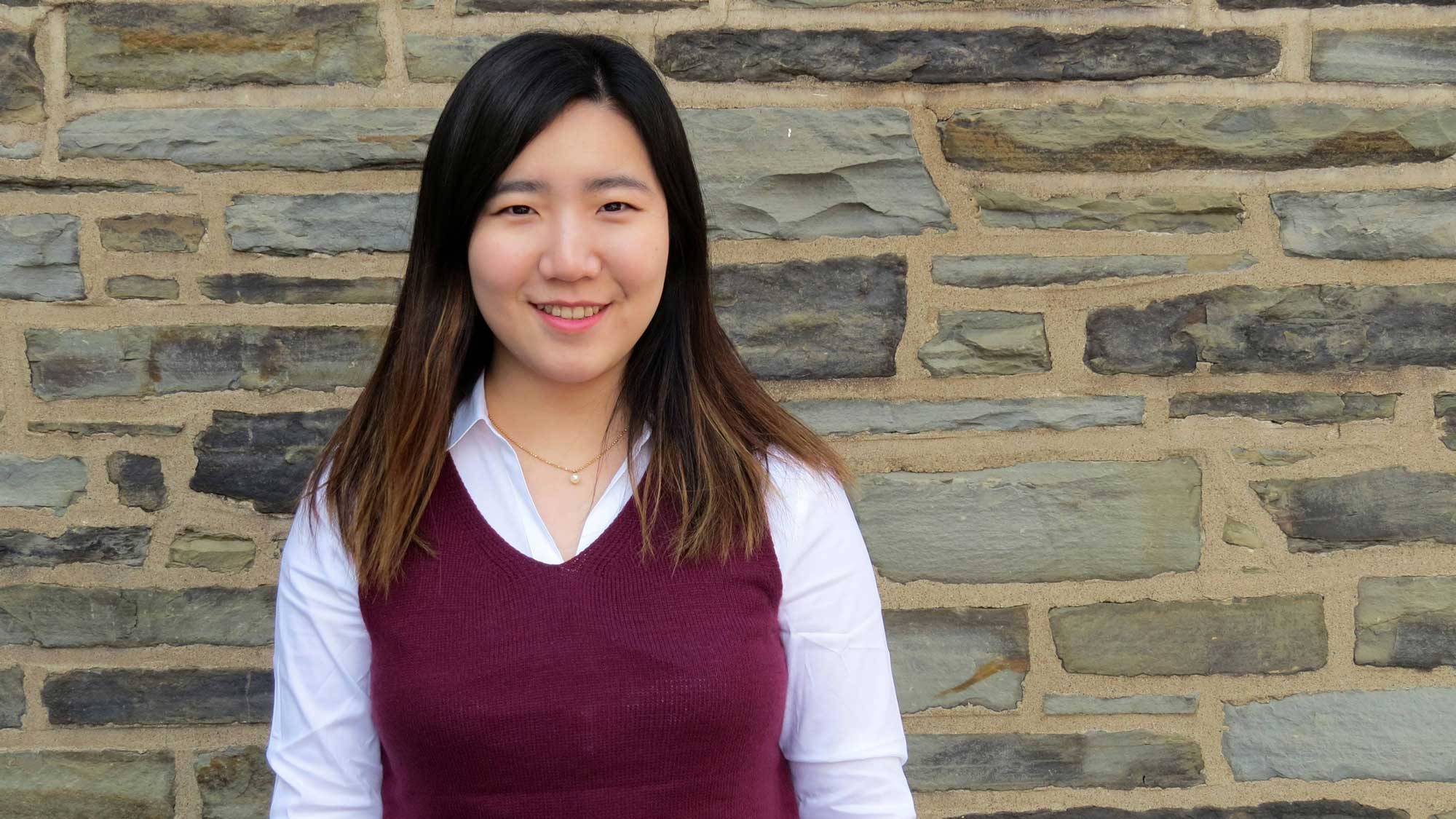 Minjoo Kim ’20, a psychology and theater double major from Seoul, South Korea, has been selected as one of only 47 recipients of the prestigious Thomas J. Watson Fellowship this year.

Honoring the founder of IBM and his commitment to education, the arts, and world affairs, the Watson Fellowship provides graduates with the opportunity to explore their interests with a global mindset and become more informed members of the international community.

When global travel resumes and theaters reopen, Kim plans to use her $36,000 stipend to travel to Singapore, Japan, South Africa, and Trinidad, where she will study how the performing arts — theater and dance, specifically — navigate racial and ethnic conflict. In particular, she will focus on the impact of the arts on notions of identity and culture.

Kim did not always possess this passion for the arts. “In middle school, I was too self-conscious to dance or be in a play, so I shied away from those,” Kim said. In high school, however, she allowed herself to join a dance group and a drama club. Becoming involved in performing gave Kim a new, freer outlet to explore her own identity.

“I have personally transformed a lot by being involved in performances, once I realized that there is far more to it than simply running around and having fun,” Kim said.

At Colgate, she has participated in numerous University Theater productions, both as a stage manager and an actor.

Last summer, while working on a production of Calling: A Dance with Faith, which tells the story of two women struggling with their identities as dancers and Muslims, Kim began to think deeply about the capacity of the arts to create significant change. “I saw the performers grappling with two conflicting identities. This performance resonated with my personal experiences, and it also broke many of my own stereotypes about Islamic culture,” she remarked. “I was utterly captivated by how the act of sharing personal stories can powerfully affect both audience and performers.”

Kim chose Singapore, Trinidad, and South Africa for her Watson travels, because they are diverse examples of countries where theater, dance, and a history of colonialism play important roles in constructing racial, ethnic, and national identities. During her time abroad, Kim will work alongside and interview creative teams. She will also attend shows as an audience member. “I am interested to see how the audience receives the theatrical pieces,” Kim said. “I hope to see if a specific performance plants a new thought in their minds, inspires them to think about a status quo in a different way, or allows them to reflect on their past experiences.”

Kim is the president of Sipsam, a Kpop Dance group, and a member of the Korean Cultural Association and the Organization of Asian Sisters in Solidarity. She is also a peer advisor for Off-Campus Study.

An aspiring writer, Kim feels strongly about the power of language. “Every line in a play carries a meaning, and changing just a single word can shift the meaning and how people respond to it,” she said. Kim hopes to use her experience on the Watson Fellowship to one day write a script or a book that focuses on topics of identity and culture. “I expect and hope that my Watson year will provide me with a new and unique outlook on life.”