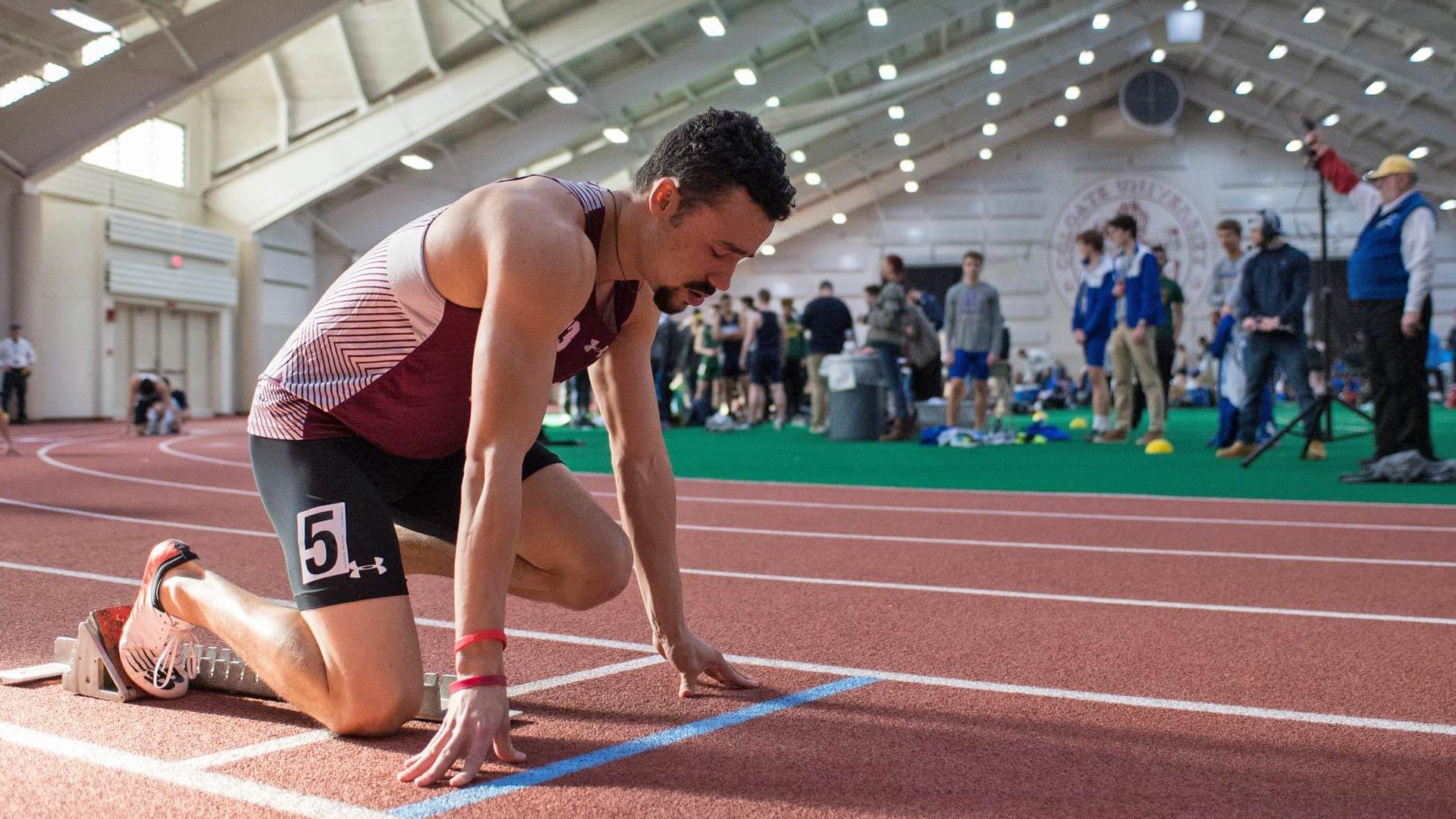 Oliver Moe ’19 tried to focus on the race ahead of him, rather than his nerves, when lining up to begin the 500 meter dash at the Patriot League Indoor Track and Field Championships this year. One minute and three seconds later, Moe had crossed the finish line and checked off one of his four-year goals: breaking a Colgate University Athletics record in track and field.

Raised in the bustling Bronx borough of New York City, Moe began his undergraduate experience envisioning himself as a leader. He stepped onto campus and challenged himself at every opportunity. Yet this hard work, says Moe, was not just for his benefit.

“It’s bigger than me. One person’s success is the community’s success,” said Moe. “I’ve learned to view myself in a broader community sense — to see that, when someone is struggling, we are all obligated to help bring them up.”

Moe’s undergraduate resume highlights this commitment to leadership: as a Community Leader, team captain of Colgate’s track and field team, and as a participant in the NCAA Student-Athlete Leadership Forum and United States Olympic FLAME program.

Yet his most influential experience came inside the classroom. After writing theses in Asian Studies and Peace and Conflict Studies, Moe describes feeling proud of his academic achievements.

“Completing my two theses allowed me to create my own body of academic knowledge,” said Moe. “It was a validating experience — after my finishing research and getting recognition from my professors — to know that I can produce work that is worthy of being read and is also interesting to me and other people.”

“Oliver's forthcoming attitude, coupled with his amicable and disarming personality, stimulated open and active conversation among all class members on issues ranging from community resilience against earthquakes and tsunami in Japan to the effects of global coffee commodity chains in Indonesia," said Professor Yamamoto. "I find his ability to express his thoughts and engage in conversation with others to be particularly noteworthy.”

In thinking about the future, Moe reinforces the importance of telling the youngest members of Colgate’s community that success is always within reach.