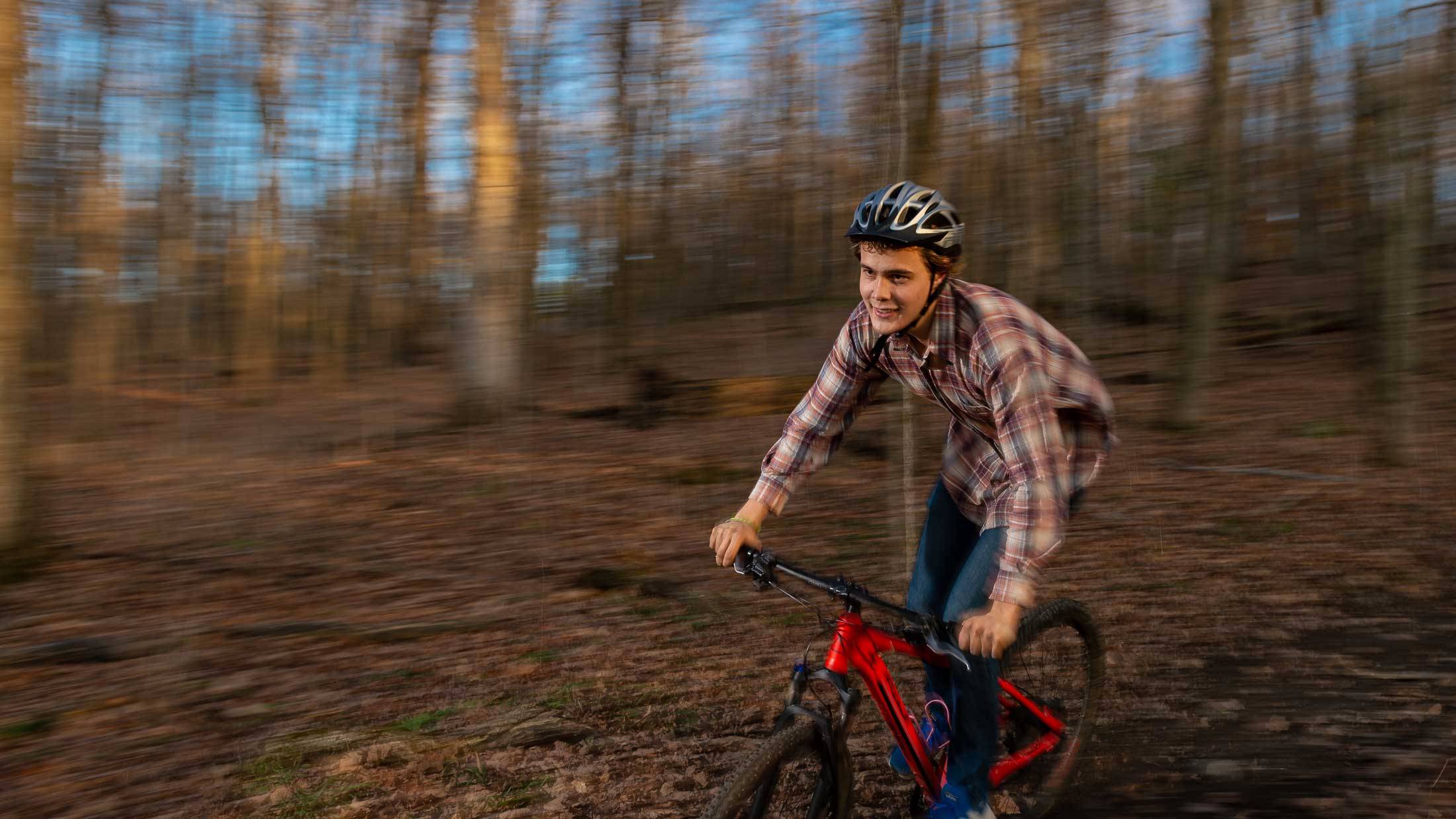 While seemingly everyone else was growing sourdough starters at the beginning of the COVID-19 pandemic, Jacob Watts ’21 was growing a basement fern laboratory.

He was supposed to be studying abroad in Australia, but left early when the pandemic struck. “I came home and, like everyone else, was hunkered down, not leaving the house,” Watts says. With his free time and funding still available to him as an Arnold and Mabel Beckman Scholar, he bought some plant growth lights and peat pots. As the weather warmed that spring, he collected spores from the ferns that started coming up in his part of Pennsylvania. “I set up this little growth chamber in my basement,” he says.

Even with normal life on pause, Watts didn’t want to take a break from the research that has already taken him to other countries, led to published papers as an undergraduate, and helped him win numerous honors — including the Beckman Scholarship and Barry Goldwater Fellowship. This year alone, it has earned him a Churchill Fellowship and a rare National Science Foundation Graduate Research Fellowship. But his journey took root back in his first year on campus, when he arrived at Colgate as an Alumni Memorial Scholar (AMS).

That spring, Watts took a class with Professor Catherine Cardelús. She noticed his passion for plants and suggested to her husband, Professor James “Eddie” Watkins, that he hire Watts in his fern ecophysiology lab. Watts has been working there ever since.

Research in that lab focuses on epiphytism, which is when a plant doesn’t live in the soil, but grows harmlessly on another plant. Many rainforest epiphytes are ferns living in trees. “We’re trying to understand why that would be, and how they may have evolved this trait,” Watts says. “Because growing on a tree is really difficult.” Instead of keeping its roots in the cool, damp soil, an epiphyte has to survive on a dry branch, its roots in the air.

Watts traveled with Watkins to Costa Rica the summer after his first year to help collect fern spores and run experiments. Afterward, he couldn’t wait to return to Costa Rica. He used AMS funding to travel there during his sophomore year and take a graduate-level tropical fern class for which Watkins was one of the teachers. His junior year, he went back to the country with his Tropical Ecology class, taught by Cardalús. He’s also spent time in Colombia and Argentina with people he met in the ferns class, practicing his Spanish and learning about how to do field research.

Watts’ first publication came after he and Watkins found evidence that a fern thought to be an epiphyte is really a hemiepiphyte, or half-epiphyte. From its perch on a tree branch, it stretches a long, thin root down to the soil, where it finds the nutrients it needs to make spores. That work became a 2019 paper in the Annals of Botany. A new paper in the University of Chicago’s International Journal of Plant Sciences came from research Watts and his good friend Aidan Harrington ’21 did during the Tropical Ecology class trip to Costa Rica.

Watts is optimistic that those basement ferns, too, may lead to published findings. When he returned to campus in the summer of 2020, he brought the ferns with him. “Once you’ve invested enough time to get these things to grow, they’re really valuable,” he says. “So they have to come with you!”

He transported about 300 or 400 of the dime-sized plants from his parents’ basement to Colgate, where they’re now growing in Watkins’ lab. “They have yielded great results, actually,” Watts says. He and Watkins are using them to investigate whether insects might help with fern fertilization—similar to how bees help spread pollen among flowering plants.

Ferns don’t have pollen, or blossoms, because they arose further back in history than the flowering plants. They were among the first plants with specialized tissue to carry water upward, against gravity. That let them grow tall. For much of the time that dinosaurs roamed the earth, there were few or no flowering plants or trees, but the forests were full of tree-sized ferns.

The way ferns reproduce is also unique. Those lacy fronds we recognize as ferns only grow every other generation. The parents and children of those ferns are tiny, flat plants called gametophytes.

“You can ask lots of really interesting questions about the evolution of plants in general because of the unique system that ferns provide,” Watts says. “They’re also just really beautiful and wonderful to look at.”

When he graduates this spring, Watts will leave the world of ferns behind, for now. His Churchill Scholarship is taking him to Churchill College at the University of Cambridge in the United Kingdom, where he’ll be working on a master’s degree with Adam Pellegrini ’10, studying how grasses have adapted to fire. His NSF fellowship will then help him continue his graduate studies in tropical fern evolutionary ecophysiology at the University of Minnesota in 2022.

He hopes to someday become a professor and inspire other people to feel as strongly as he does about ecology and conservation. “Sharing ecosystems and nature with people is what I love to do,” Watts says. Maybe he’ll even be able to give some future student a job tending his ferns, and launch another scientific career. “That would be amazing,” he says.