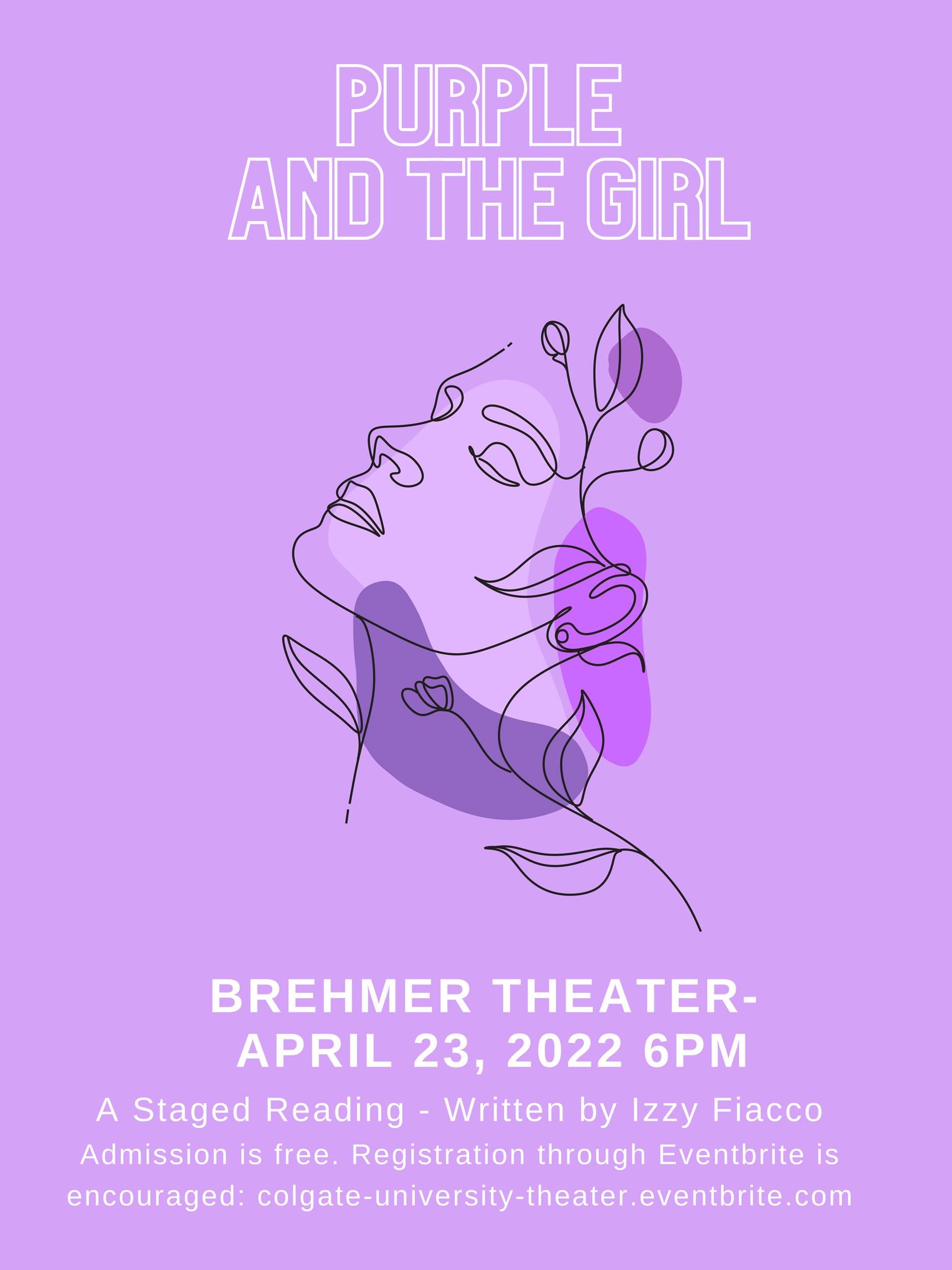 Purple and the Girl, a staged reading written by Izzy Fiacco ’22, authentically explores a collage of conversations surrounding sexuality, gender identity, and familial and romantic relationships. The cast of five women intimately embrace each other through creative and emotive dialogue in candid discourse surrounding the growing pains of finding one’s identity in a world embedded with rules and standards.

The reading by Katie Victor ’25, Miya Kim ’22, Quinlan Owens ’25, Sarah Billings ’22, and Xose Agbadan ’22 took place in Brehmer Theater on April 23. It was based on Fiacco’s senior honors thesis project. The English and theater double major from Boonton Township, N.J., says she was motivated to create the work after taking a Movement, Gender, and Performance course her junior year.

“It was the first time I really encountered academic conversations about the deconstruction of gender, and the course really resonated with me,” Fiacco says. “It made me reflect on my personal experiences with being a woman and inspired me to create an ensemble piece that encapsulates the experiences of the women I have known.”

The play was a culmination of a year-long project that included producing and directing the piece and writing an essay that was a synthesis of the research she did on feminist plays and literature.

“I received so much support from the theater department,” Fiacco says. “My main adviser was Professor Kyle Bass — we met weekly to discuss the direction, preciseness of language, and brainstorm ideas.” She also received support and guidance from professors Amy Swanson and Simona Giurgea.

The key to the success of Purple and the Girl is the authenticity and timeliness of it — the conversations feel like ones you would overhear in coffee shop, walking around a park, or even have with your own friends. Fiacco presents an interplay among topics that range from the deeply personal to everyday mundane. One actress, who plays a bisexual woman, questions why romantic relationships feel different between men and women. Another contemplates buying a binder after noticing an Instagram ad for one.

In the future, Fiacco hopes to expand on the piece until she feels satisfied enough to submit it to festivals and workshops. In reflecting on the performance, she says, “I am so grateful for this experience and the support I have received for this project. It was amazing getting to see the actors work with this text and then seeing that work impact an audience.”