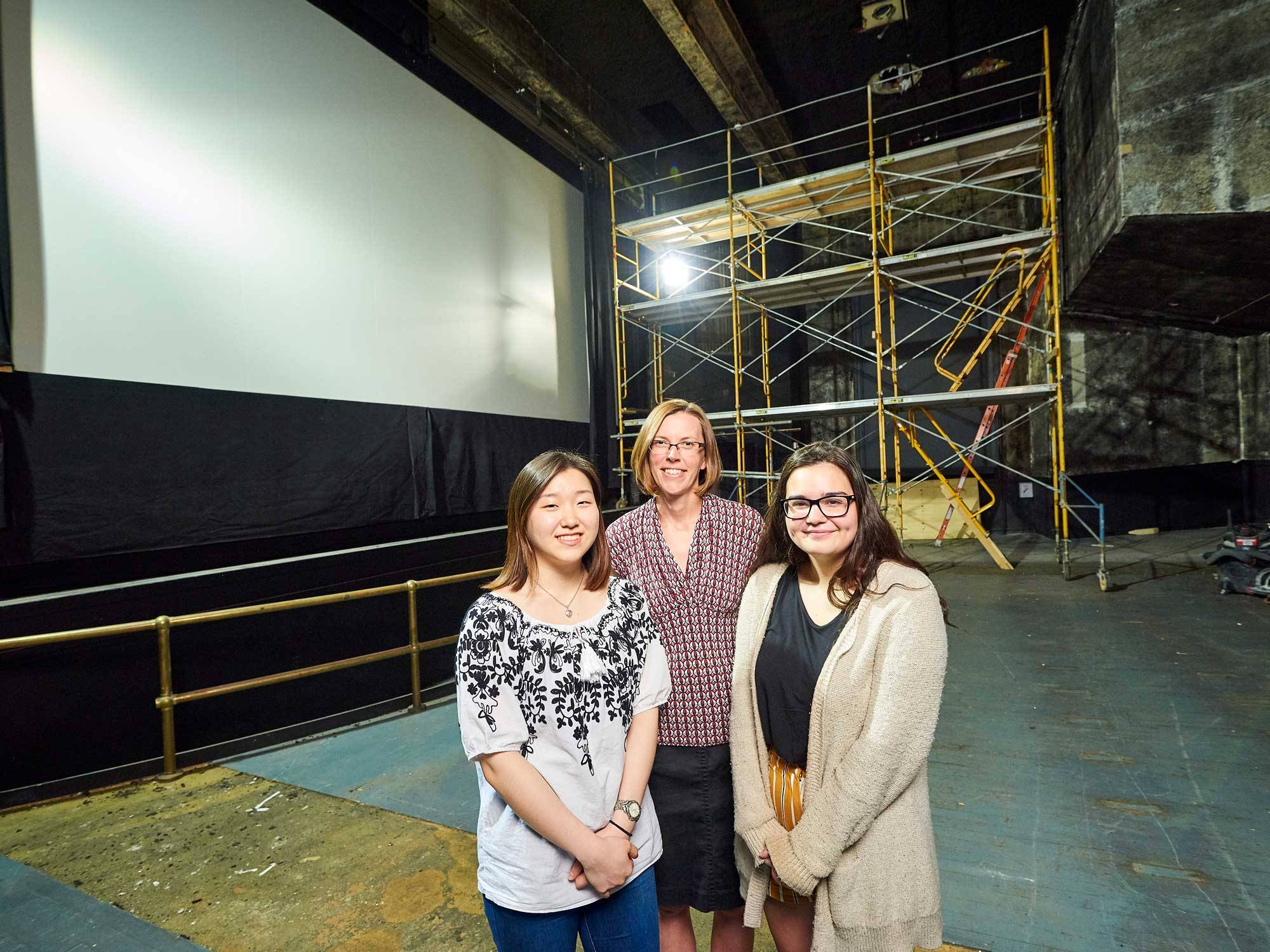 As major renovations near completion at the Hamilton Movie Theater, two students have capitalized on the downtime to delve into the history of the iconic village landmark and its long-lasting impact as a hub for local entertainment.

“This summer’s work is the Hamilton Movie Theater’s fifth major renovation and reopening,” said Associate Professor of Film and Media Studies Mary Simonson. “This is a great moment to think about all of the different guises under which the theater has operated.”

Chloe You ’22, a microbiology and film & media studies double major from Suwon, South Korea, and history major and film and media studies minor Molly Adelman ’21, of Kennett Square, Pa., originally planned to focus their summer research with Simonson on live performance and technology as central to silent film in the early 1900s, but once they started digging into the history of the Hamilton Movie Theater, they knew there was so much to explore right in the village.

“We became interested in constructing a history of the theater,” said You. “ We examined the university archives, the Hamilton Public Library’s primary sources, and dug through local and university newspapers to gather as much information as possible to construct a timeline.”

The theater was built in 1895 as the Sheldon Opera House, following the destruction of the theater that formerly stood on the side, Tripp’s Opera House. In 1924 it became part of the Smalley theater chain, and a decade later it was purchased by the larger Schine chain and reopened as Schine’s State Theater. Eventually, the theater’s reputation declined — in 1966 the location entered under the management of the Panther Theater Corporation, showing X-rated films.

The situation was so dire that the mayor at the time, Robert Kuiper, stepped in to address the blight by purchasing the theater and rebranding it as the Hamilton Cinema in 1973. It remained with that name until becoming the Hamilton Movie House in 1999 and then the Hamilton Movie Theater in 2003, when it was purchased by the Hamilton Initiative with the help of Colgate.

You and Adleman said they are now working on a history website for the theater that will provide an accessible look at the theater’s past and will offer the opportunity for local residents to submit their personal experiences and memories created there.

“We’re hoping that by shedding light on the long history of the theater, people appreciate the historic buildings that are so familiar to them. We want to encourage preservation and maintenance of the building’s historic qualities,” Adelman said.

The historic theater is slated to reopen to the community in a grand opening October 11 at 4:30 p.m.