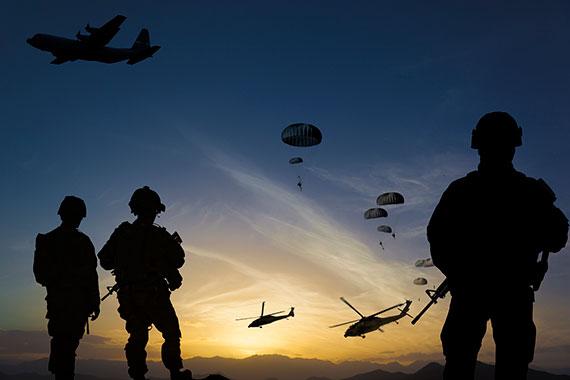 Is it ever ethical to go to war? Can war be both politically advantageous and morally just? According to Valerie Morkevicius, associate professor of political science, the answers to these questions are more complicated than a simple yes or no.

Morkevicius’s new book, Realist Ethics (Cambridge University Press), explores two schools of political philosophy — just war thinking and realism — and argues that they have more in common than both sides tend to think.

“Just war thinking is a tradition that considers whether it is ever ethically sound to use war to solve a political problem, and if so, what would be the right ways to go about fighting that war,” Morkevicius explained.

Realism is the more pragmatic counterpart to just war thinking, with some realists arguing that moral limits and moral aims should not be involved in war.

“Realists are seen as war-mongering pragmatists, and just war thinkers are seen as naïve at best and pacifistic at worst,” said Morkevicius. “Realist Ethics argues that this oversimplification is not only wrong, but dangerous.”

To show that just war thinking and realism have a common history, Morkevicius traces the roots of both in the Christian, Islamic, and Hindu religious traditions.

“I argue that just war thinkers should be more realist, and I’m doing that by showing that the just war tradition has actually always been realist,” Morkevicius said.

She added: “If you did realist ethics — if you did the just war tradition in a realist way — you’d end up fighting fewer wars, and with more limited ends. There would still be injustices in the world, but you’d think of ways to address them that are not the use of force.”

To fight fewer wars, politicians and government officials should think of war as a last-resort cease and desist order to an aggressive state.

“I want to push against this tendency in American foreign policy to think about war as a positive tool for creating liberal democracy,” Morkevicius said. “In my view, all war can do is stop a state from committing genocide, for example, but it can’t create a state that would never commit genocide.”

In the case of North Korea or even ISIL, the just war tradition question of proportionality — how much harm will be done to accomplish a task — should cause American officials to seek alternatives to war.

“Is a North Korean nuclear arsenal that could potentially reach the United States scary? Yes. But, involvement in North Korea would realistically mean hundreds of thousands dead in South Korea,” Morkevicius said. “We have to think about proportionality.”

Realist Ethics hits shelves this month. Next up for Morkevicius: a book project on information warfare in the age of Facebook, and another on the ethics of political rebellion.