Professor and student publish paper on transitions to adulthood 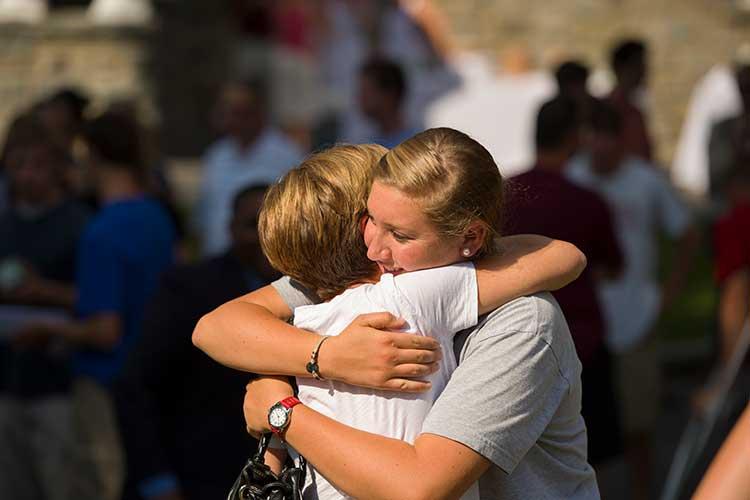 How do kin support young women in their transitions to adulthood? Research by sociology professor Janel Benson and Anastassia Bougakova ’16 shows the complex ways that kin networks (including relatives and familial adults outside of the nuclear family) help young women during this critical time.

By drawing on qualitative and quantitative data, Benson and Bougakova were better able to understand the role that kin networks play in the lives of women of different family structures and economic statuses.

The article, “Kin Networks and Mobility in the Transition to Adulthood,” was recently published in Advances in Child Development and Behavior.

Past research has shown that family structure can accelerate or decelerate transitions into adulthood. Benson and Bougakova found that growing up in a home without two biological parents is not always associated with an accelerated transition into adulthood. Emotional and financial support from adults outside the nuclear family created a sense of stability for young women growing up in homes without two biological parents.

The researchers also found that, in turn, young women who received support from their extended kin networks dedicated more time to their kin. Young women who provided caregiving and financial support to their families considered themselves adults and were more likely to work and live independently.

In writing the article, Benson and Bougakova drew upon survey data and interviews with young women from the Philadelphia Educational Longitudinal Study. Benson helped conduct this research during her graduate study at the University of Pennsylvania.

Bougakova first did research with Benson during a faculty-initiated research fellowship program in summer 2014. During that summer, Benson suggested that each student develop a research question using the Philadelphia Educational Longitudinal Study data. While Benson’s research focus is on sources of risk and resiliency from adolescence to the transition to adulthood, Bougakova’s research question about kin support networks was the genesis of the article.

“It became clear that this was a project Anastassia was passionate about,” Benson says.

From then, Benson treated Bougakova like a graduate student. Bougakova worked independently and submitted her progress to Benson for feedback. Together, they presented their research at the Society for the Longitudinal Life Course Studies Conference in Dublin, Ireland, in 2015. Bougakova was a Benton Scholar while at Colgate; the scholarship program helped to fund her trip to the conference.

“I loved doing research at Colgate,” says Bougakova. “It was one of my most formative experiences throughout my four years there, both the earlier research with Professor Benson and getting to conduct primary research for my senior thesis. Learning those research skills and getting to work on a real research project by asking my own question and forming my own conclusions as early as sophomore year was awesome.”