Next on 13: Behind the Scenes of the Colgate University Orchestra with Prof. Marietta Cheng 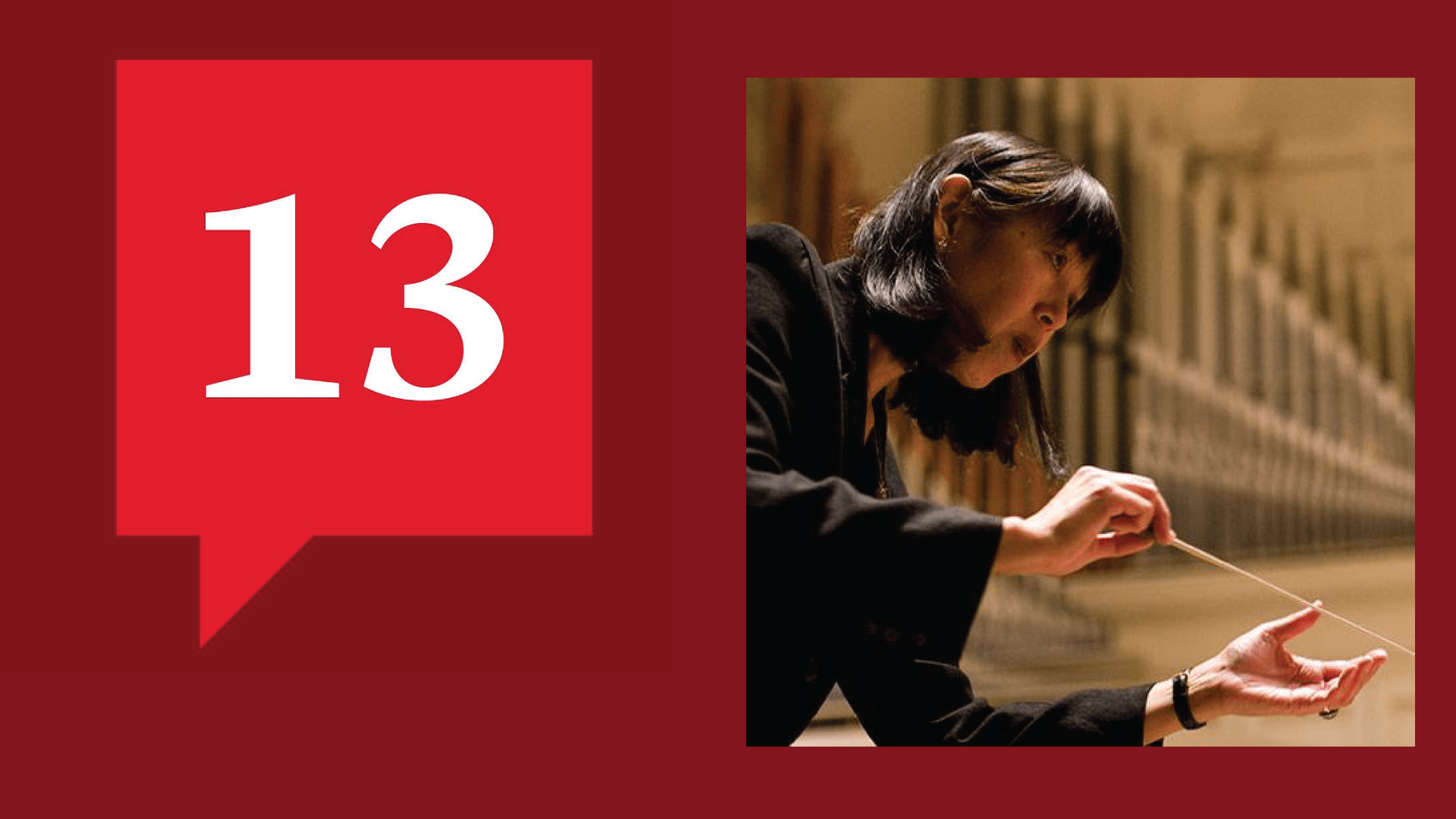 Hear what happens behind the scenes of the Colgate University Orchestra on the latest episode of 13. Professor of Music and Director of the Orchestra Marietta Cheng joins the podcast to talk about her experiences as a conductor and music professor.

Cheng has been a Colgate Presidential Scholar, AAUP Professor of the Year, and was the recipient of the Distinguished Teaching Award given by the Colgate Alumni Council.

In addition to her scholarship and orchestral direction at Colgate, Cheng is also conductor laureate of the Orchestra of the Southern Finger Lakes. Cheng served as the musical director and conductor of the Corning Philharmonic Orchestra and Chorus from 1986 to 1995, and she has guest conducted the Chautauqua Symphony Orchestra.

Cheng has also served on the faculty at the Aspen Music Festival, and, since 2000, she has conducted a children’s concert series in upstate New York with the Hudson Valley Philharmonic. In 2003, Cheng was chosen as one of 50 great women conductors worldwide, profiled in a book on women conductors, and, as one of a unique group of 100 women leaders from across the United States, she added her voice to Lifetime Television’s National Summit on Women in the 21st Century.

Professor Cheng earned her bachelor’s degree from Smith College and her master of music degree from the New England Conservatory of Music.