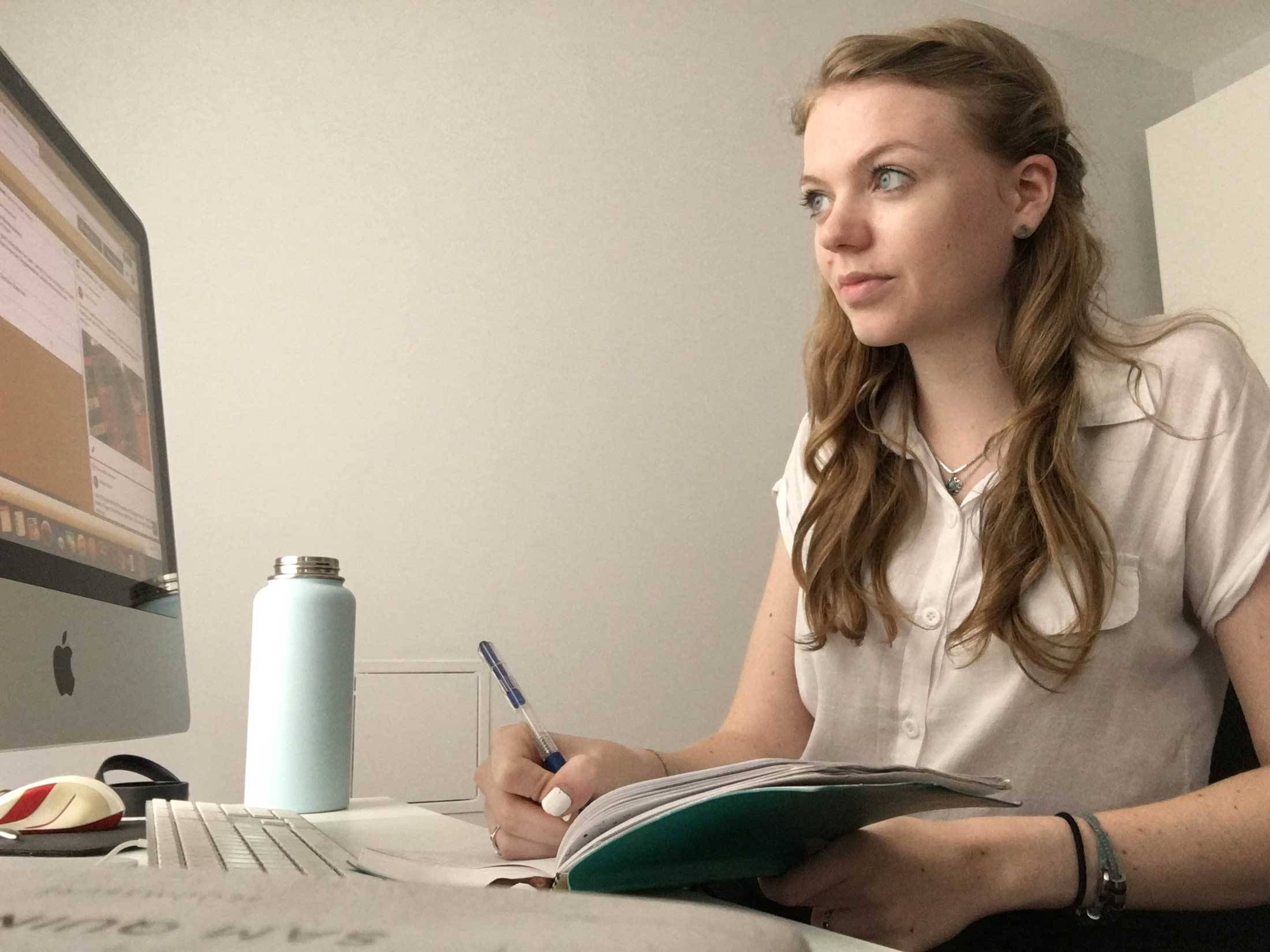 Lauren Hutton ’21 has been named as a recipient of a 2021 Thomas J. Watson Fellowship by the Watson Foundation.

Hutton, an English and Women’s Studies double major from Pembroke Pines, Fla., was one of 42 undergraduates selected from a field of 158 finalists, hailing from 41 colleges and universities. The Watson Fellowship provides awardees with $36,000 to fund year-long travel to multiple countries in pursuit of independent, purposeful projects.

For her Watson project, Hutton will spend the next year learning about how sexual violence is reported around the globe and the repercussions of reportage practices on community mentalities toward sexual violence. Does the media sympathize with perpetrators or question victims’ credibility? What protocols guide sexual violence reporting and even which survivors’ stories are told? Hutton will learn from journalists, scholars who can speak to the specific sociohistorical contexts in which a country fosters its relationship with gender dynamics, sexual violence, and the media, and survivors themselves.

Whether it is learning from the rising feminist movement against gender-based violence in Argentina, understanding how Indigenous disenfranchisement silences victims in Australia, or dissecting the modern toll of an ignored history of sexual violence during civil conflict in Ireland, this experience will also provide Hutton with grounded access to examine the intersection of media and sexual violence across cultures.

“I hope that this insight will produce relationships, stories, and perspectives to better understand rape culture in the media — why it persists, what its detriments are, and how we, as storytellers, can do better,” Hutton says.

Already a veteran journalist, Hutton has written for school newspapers, social justice media platforms, and Colgate’s Office of University Communications. She has also interned for a women-run literary agency, prioritizing equitable storytelling in all of her professional endeavors. As the current editor-in-chief of the Maroon-News as well as one of Colgate’s first Haven ambassadors, she values the role of media in exposing hard truths, while also reckoning on a firsthand basis with the ways in which the media has failed survivors. She hopes that, in pursuing the intersection of these passions, she can bring the resulting lessons into future newsrooms and the stories she goes on to tell.