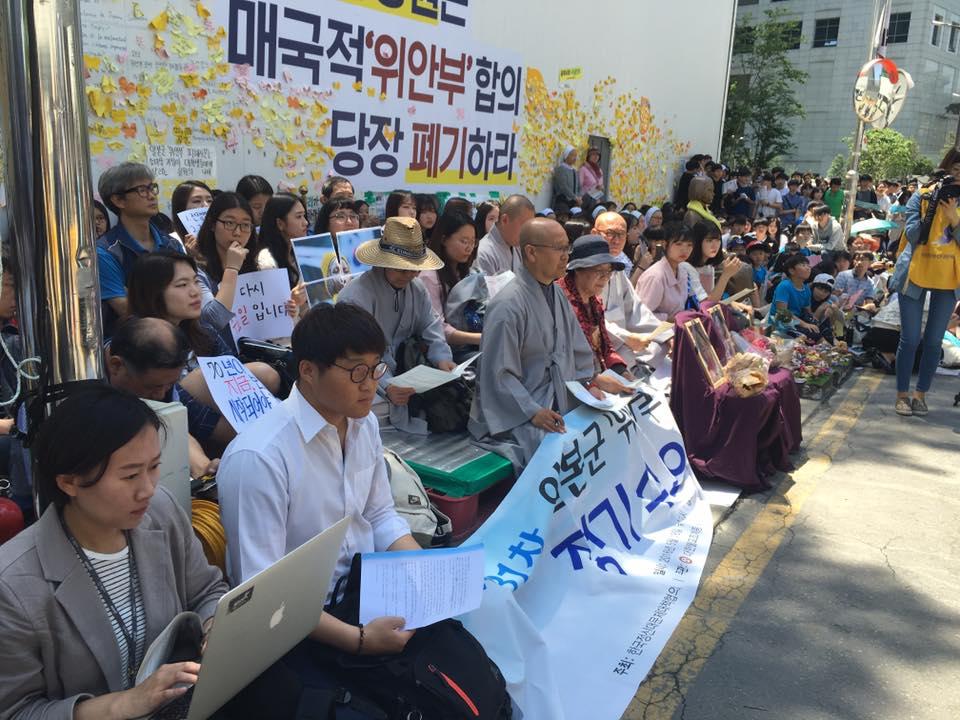 Last summer, the 2017 Lampert Institute Fellows spread out across the globe to conduct three months of research. The fellows learned about sustainability, nuclear power, special education,  and much more; they returned to Colgate in the fall to share their completed projects with their peers.

The Lampert Institute for Civic and Global Affairs integrates on-campus programming with faculty-mentored student research. The fellowship, awarded to nine students this year, allows students to design their own summer projects and provides up to $6,500 to do research abroad.

Educational studies major Woohee Kim ’18 researched youth activism and education in South Korea, concluding that students create new ways of learning outside of the traditional education system when they participate in activism.

Kim became interested in the topic during her first year at Colgate, when she took The American School with Anne Ríos-Rojas, assistant professor of educational studies. The course explores the historical foundations and contemporary problems of education in America. Kim also participated in a 101-hour sit-in to protest structural racism on campus in September 2014.

“[The sit-in] was my first experience with speaking up against injustice and a structure that I felt was oppressive to me and to other people,” Kim said. “The sit-in gave me the agency to resist, and I count that as the first moment of youth activism for me.” Added Kim: “I then began to think about my life back home in Korea, and I wanted to bridge back the activist self that I started to build here.”

In her ed. studies courses, Kim learned that the “banking” model of education is focused on “depositing” knowledge into passive students. This model, which can be found in both American and Korean school systems, discourages students from questioning the status quo. In her paper, Kim argues that when students engage in activism outside of the classroom, they transform from passive receivers to active producers of knowledge.

Kim did fieldwork in Seoul, South Korea over the summer. She collected participant observations, which involved attending protests and meetings held by activist groups, and conducted interviews with 14 Korean youth activists.

“I was very immersed in my participant observations. I was climbing into sleeping bags in the street, camping out with youth activists, and shouting slogans with them,” said Kim. “My research isn’t detached from my activism.”

Kim also conducted research in South Korea in the summer of 2016 with the Projects for Peace fellowship, which motivated her interest in Korean youth activism.

Kim and other students organized around a memorial in Seoul that commemorates the activism of Korean women who survived sexual abuse committed by Japanese soldiers during the 1930’s and 40’s. The memorial is now under threat of removal, which activists are fighting to prevent.

Participating in activism while researching it made Kim think critically about

her position as a scholar-activist. She attended a public anthropology conference in Washington, D.C., called “Scholarship and Resistance” to present on her experiences negotiating the complexities of scholar-activism in South Korea.

“After doing my summer research with the Lampert, I came out with the understanding that, wow, this is what I want to do with my life,” said Kim. “I want to be a scholar-activist, whatever shape or form that may take.”

In addition to the Civic and Global Affairs Summer Fellowship, the Lampert Institute offers students the Summer Language Scholarship and the on-campus Lampert Associates program.