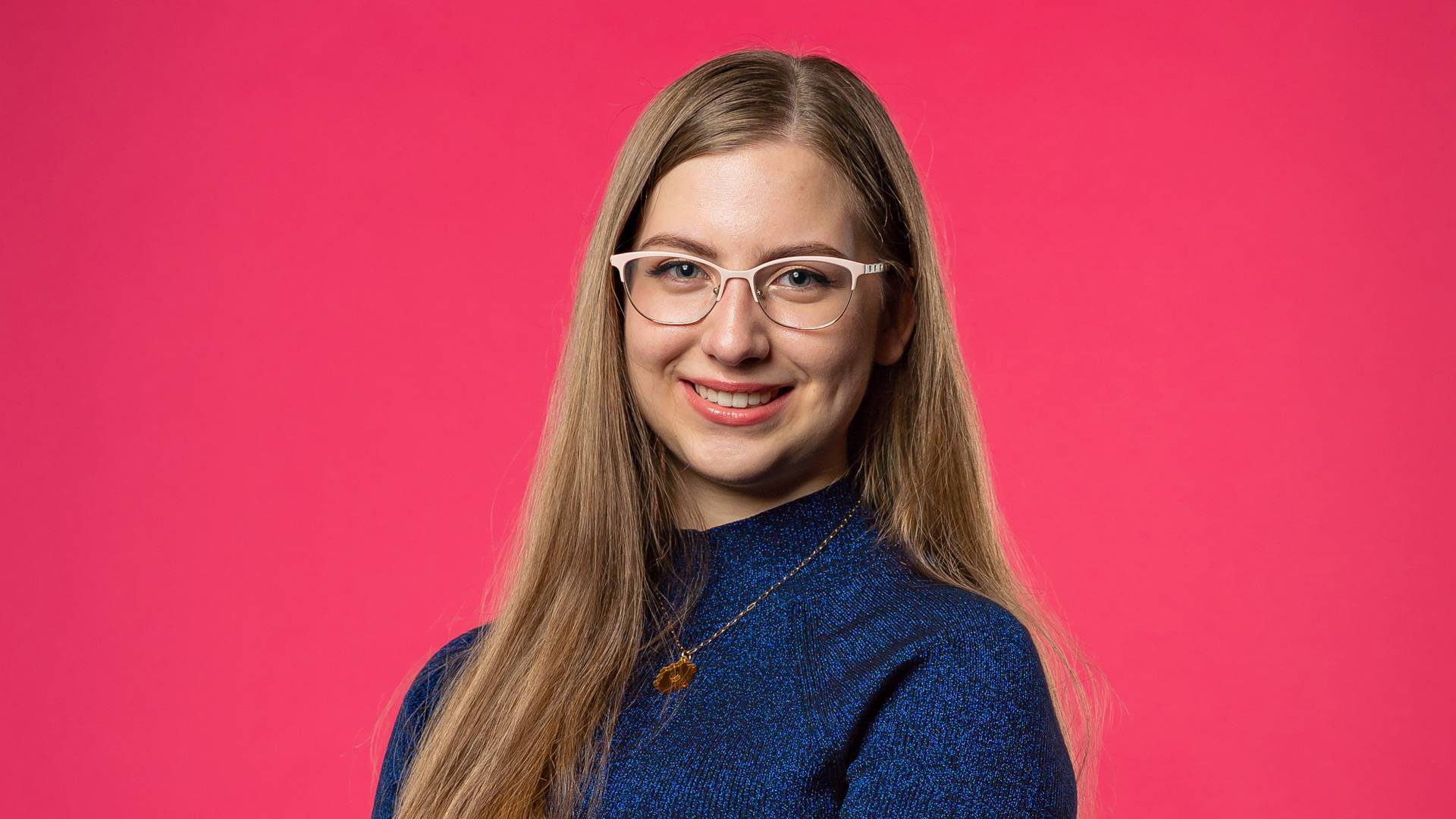 By: Anna Funk
Department of Physics and Astronomy
Share

When Jillian Paulin ’23 was little, she’d pore over her uncle’s Astronomy magazines. “I remember the first essay I ever wrote, in fifth grade, was about deep-sky objects like nebulas and galaxies,” Paulin says. “Eventually my family gave me my own subscriptions to these magazines. They’ve always been super supportive of me pursuing a career in the sciences.”

By high school, Paulin was collecting data with a telescope for the first time in a summer astrophysics course at Harvard. Today, she studies dark matter at Colgate University, and she’s been awarded a scholarship from the Barry Goldwater Scholarship and Excellence in Education Foundation for her work and her passion for research.

“I really like exploring new things and pushing the boundaries of science,” Paulin says. “And I love the idea that I could be involved in that.”

A Matter of Dark Matter

Somewhere from a quarter to a third of our universe is made up of what astronomers call dark matter. You can’t see it or touch it, but you can observe the effects of its presence, for instance by looking at how other celestial objects are behaving in response to the dark matter’s gravitational pull.

“It’s so much of the universe, but we have no idea what it is,” says Paulin.

One opportunity to detect dark matter occurs when a star, surrounded by a dense region of dark matter, captures it. When this happens, the dark matter can be annihilated in the star, giving the star more power and making it brighter — which we can detect from Earth. Researchers have a good grasp on how bright certain stars should be, so deviations from the norm can be a sign of dark matter capture. It’s called an annihilation signal.

Studying dark matter with annihilation signals requires a good amount of analytical and theoretical work in addition to making the brightness observations. Typically, in doing these calculations, astronomers assume that the capturing object — the star — is at rest with respect to the surrounding dark matter being captured. In other words, the whole system might be flying through space (as celestial objects tend to be), but the group being studied is moving in tandem with itself.

Paulin is helping to challenge that assumption. She and her mentor, Assistant Professor of Physics and Astronomy Cosmin Ilie, recently discovered that any relative motion between a star and its surrounding dark matter will suppress the amount of dark matter that can be collected by the star. This adds a new level of complexity to theoretical dark matter work that relies on this form of indirect dark matter detection.

“That’s the essence of the research I’ve been working on,” Paulin explains, “something that can be used to try to push further in the theoretical side of things.”

The new research has been accepted for publication in an upcoming Astrophysical Journal.

Paulin says she’s working toward becoming a professor because of her passion for both research and teaching. “I’m involved in tutoring right now, and I absolutely love it,” she says. “I think it’s really fulfilling. And I also like the idea of being in charge of my own research, too.”

With her first co-authored scientific publication already under her belt as a college junior, Paulin is well on track.

“Astronomy lets us play with things that we can’t see every day. It’s different from your everyday life,” Paulin says. “There’s an escapism to it, but all of these observations that we’re seeing tell us about the world we’re in right now and help us understand why we exist.”

“I always had some fascination with the stars, and I always really liked deep-space objects,” she says. “So it’s been a long time coming.”