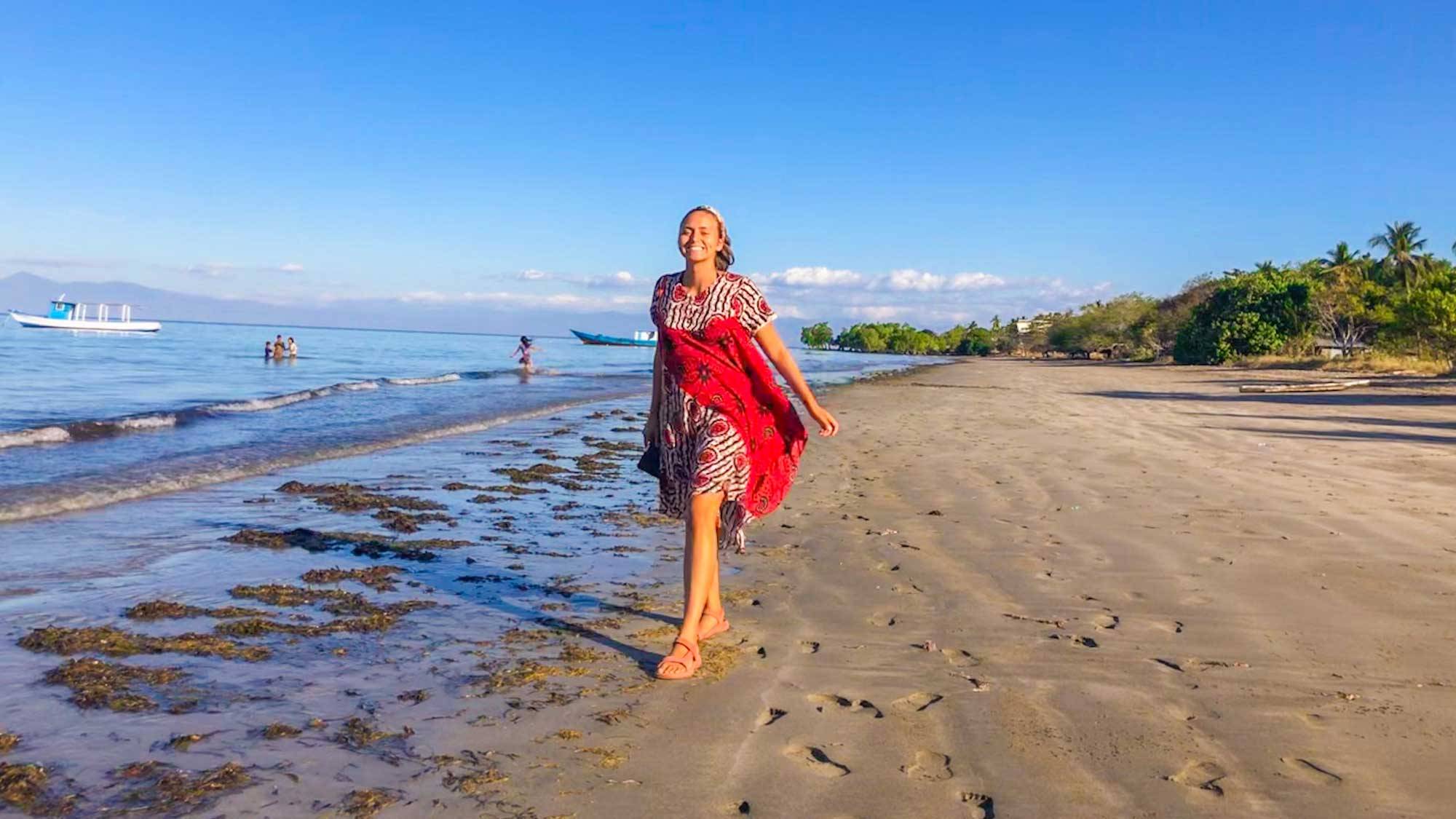 Jenny Lundt ’19 is working to highlight a precious ecotourism destination—and empower its people.

The tropical waters of Ataúro Island, part of the small country of East Timor, teem with ocean life. Whales and dolphins spout on the surface, while underwater an infinite variety of reef fish, manta rays, turtles and other aquatic life swim among the reefs. “The island has the most biodiverse waters in the entire world,” says Jenny Lundt ’19, pointing to a report by Conservation International that found 643 distinct species, some which live nowhere else.

Lundt first learned about the small island while she was in Indonesia the summer after her junior year at Colgate. There’s good reason why it is so little-known: East Timor only emerged as an independent country in 1999, after successive occupations by Portugal and Indonesia. “East Timor is one of the most wonderfully beautiful places in the world, but it was brutally decimated by the Indonesians as they were withdrawing after the war,” Lundt says.

Along with a high school friend, Lundt set out to help the country last year as part of an international fellowship, mapping Ataúro Island and publicizing it as an ecotourism destination. She partnered with a local nonprofit, Ba Futuru, to ensure that anything she did would help local residents benefit from their pristine natural environment. “Diving is a very profitable industry, and this is one of the very best places for it,” Lundt says. “If you can empower the people who live there to control the industry, it could be very lucrative for them.”

Lundt developed her passion for international travel and development work in high school while on a cultural exchange program to Romania. She had already been accepted to Colgate as a Benton Scholar when she decided to take a gap year to work at schools in Thailand and Morocco. “Everyone was so supportive, and I felt so encouraged to discover my passions,” she says.

At Colgate, Prof. Karen Harpp encouraged her to explore the peace and conflict studies major, which puts a human face on international studies with classes in the environment, gender, economics, and religion. “I was amazed that such a major exists,” Lundt says. “I took as many of those classes as possible, and never looked back.”

She was particularly interested in learning about the physical and emotional toll that conflict can take on women, who are often overlooked in war reporting, which focuses on soldiers. She studied Arabic at Colgate and, through a Colgate connection, worked for a summer in Brazil, where she learned Portuguese. After graduation, she applied for a grant from Davis Projects for Peace to help develop Ataúro Island.

Last summer, she stayed in a tiny beach shack and rented a motorbike to explore the island, hiking inland to reach more remote spots. She pinpointed the locations of trails and waterfalls on GPS and accompanied by a local consultant, interviewed anyone she could about what the island needed. “Women were negatively impacted by the war, and there is a lot of trauma that still exists,” says Lundt, who notes that domestic violence in East Timor is still high. Together with Ba Futuro, she helped plan and run sessions for female entrepreneurs on economic empowerment, supporting several women-run cooperatives to take advantage of the nascent dive tourism industry.

At the same time, she wrote stories, took photos, and created GIS maps of the island, forming connections with a USAID project and a sustainable tourism company already working on the island. “We didn’t want to just write a dusty report that would sit on a shelf somewhere,” she says. This October, she helped launch a polished new website, ataurotourism.org, to help better promote the oceanic paradise, and bring more tourists to help bolster the island’s economy.

Lundt since moved on to work with the tourism company Solimar on another project in Tanzania, and is now pursuing a project to promote women’s education in Somaliland, a self-declared independent country in East Africa. Eventually she hopes to go back to school for a master’s in sustainable development; until then she is continuing to follow her passion for peaceful change around the world. “I’m hoping to gain as much real-world experience as I can,” she says, “so whatever career I eventually have is impactful and empowering.”