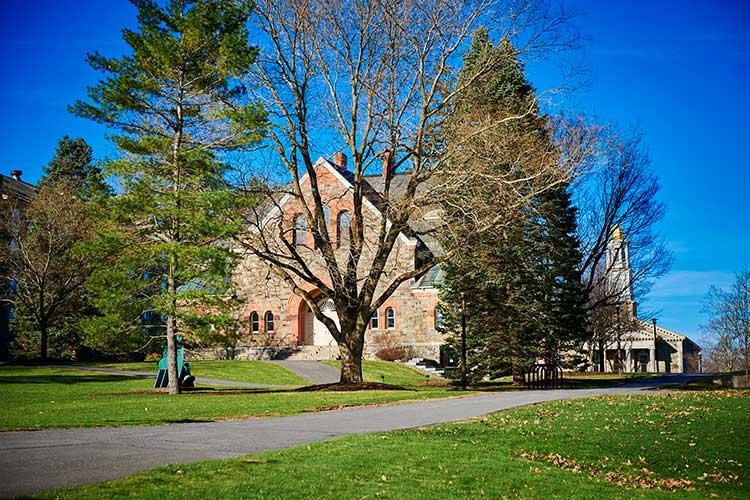 April is Sexual Assault Awareness Month. In collaboration with student groups and offices on campus, the newly recognized Sexual and Intimate Partner Violence Coalition (SIPVC) has collaborated on a variety of events so that the Colgate community can learn more about sexual assault education and prevention and survivor support.

The month’s events have already included a Meraki­ Reflective/Dance Workshop, which used movement for communication, collaboration, and contemplation. It aimed to make participants more comfortable with their bodies and in spending time with themselves.

As the weeks have progressed, members of SIPVC have worked closely with The Network — a sexual assault and domestic violence awareness group advised by the Max A. Shacknai Center for Outreach, Volunteerism, and Education — and other campus partners on:

Effects of Trauma on the Brain

This discussion was co-hosted by The Network and Active Minds, a student group that uses student voices to change the conversation surrounding mental health on college campuses. Conversation focused on the effects that trauma has on the brain.

This panel discussed how to support survivors. Panelists included a Haven counselor, an EGP Member/professor, and a Yes Means Yes facilitator/student.

This event was hosted by the Chaplains’ Office.

Take Back the Night March and Survivor Speakout

The march and speakout are hosted by The Network.

During this brown bag, a New York State Police senior investigator and a sexual assault nurse examiner will discuss the reporting process and the S.A.N.E program.

Participate in this skills-based version of the Bystander Intervention Program, aimed at equipping individuals with the skills and comfort to intervene to prevent situations of possible abuse, sexual assault, or other negative behaviors. Discuss how to best intervene according to your own personality, including acting out scenarios. Lunch will be provided.

SIPVC was formed in the spring of 2017 following the opening of Haven, Colgate University’s sexual assault response center, in October 2016. Recognizing a need for enhanced sexual assault response and education on campus, the coalition complements Haven’s clinical treatment services. SIPVC acts as an advisory committee to Dean of the College Paul McLoughlin, and it serves as a clearinghouse for work being done across campus by groups such as The Network and Active Minds.

The SIPVC is made up of five subcommittees, covering programming, curriculum support for faculty, assessment, LGBTQIA/POC advocacy, and communications.

Currently, more than 20 students, faculty, and staff are involved with the SIPVC. These individuals come from a variety of disciplines and departments across campus, including the Office of Residential Life, ALANA cultural center, and the athletics office. By having these diverse perspectives, experiences, and backgrounds represented, the SIPVC hopes to serve as a resource for campus-wide initiatives focused on sexual assault prevention and education — particularly during Sexual Assault Awareness Month.

“I hope students and faculty support one another and attend the Sexual Assault Awareness Month events they have the emotional capacity to attend,” said Gracie Morgan ’20, a co-leader of The Network. “I hope that individuals learn how to be survivor-centric advocates so they can implement allyship for the rest of their lives.”

To see other events, visit colgate.edu/calendar.