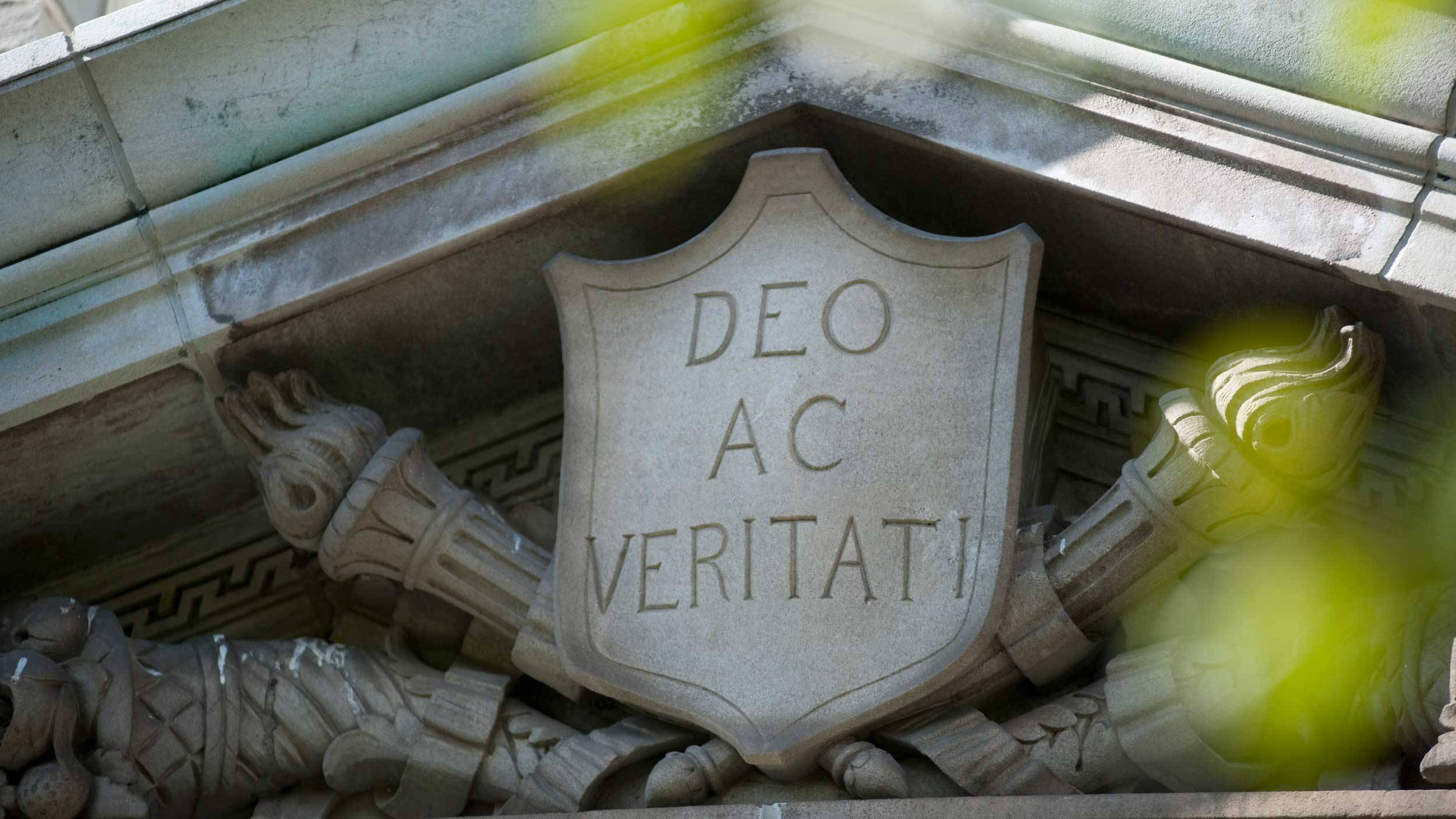 Two members of the Colgate Class of 2021, Jake Gómez and William “Paul” McAvoy, will share this year’s 1819 Award, which recognizes character, scholarship, and service to others, best exemplifying the Colgate spirit.

“I offer them both my congratulations on behalf of the University community,” says President Brian W. Casey.

Gómez, a double major in Middle Eastern Studies and Peace and Conflict Studies, is a Benton Scholar, the vice president of Colgate’s Senior Honor Society (formerly Konosioni), and founder of the Model Arab League, a part of the Colgate Speaking Union dedicated to the discussion of Middle Eastern political affairs.

Gómez began to demonstrate that characteristic compassion early in his Colgate career, traveling to France with the Benton Scholars to conduct research on internment camps. It has continued in a variety of forms ever since: in dance, as he led DDT; in mentorship, as he has tutored young Somali refugees in Utica; and, most recently, in peer education, as he facilitated Thirteen Days of Education, which used the University’s fall quarantine as a time for education and discussion around issues of diversity, equity, and inclusion.

Gómez has earned the George W. Cobb Award for outstanding leadership. He has appeared on the Dean’s List With Distinction for his academic achievements.

Paul McAvoy is a double-major in psychological science and English, completing honors theses in both. He has served as a campus wellness advocate, Maroon-News staff writer, a member of the Student-Athlete Advisory Committee, and a volunteer with numerous local and national organizations like the Headway Foundation, which works to combat concussions and whiplash injuries.

McAvoy is a member of Colgate’s men’s hockey team and was unanimously voted captain of this year’s squad. “Paul is an unselfish individual who always puts the team first. His dedication and commitment to his craft and his teammates are unparalleled on this team,” reads one nomination.

McAvoy has delved into his studies, leading to a psychology thesis that seeks to answer the question, “What makes individuals function effectively as a team?” With a work ethic he attributes to his father’s influence, he is completing a memoir that tells the story of how a boy from Kentucky grows up to be a Division I hockey player — a narrative seed he has planted in others while teaching hockey to inner-city kids from Philadelphia and elementary students in Belfast.

“The more I work with Paul, the more impressed I am with his academic talents, his motivations, his character, and his goodness,” another nomination reads. “He is one of the more extraordinary students I have had the pleasure to know in my decades of teaching at Colgate.”