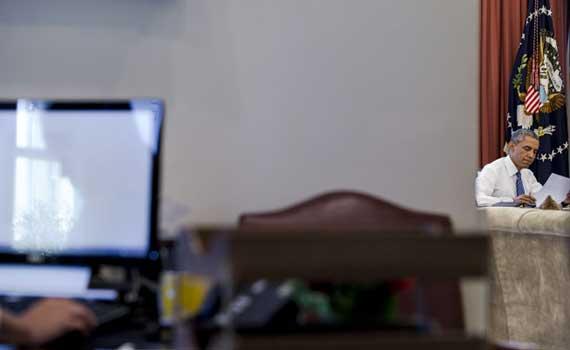 Lawmakers continue to deliberate the finer points of the Iran nuclear deal, and media outlets are publishing stories on a daily basis, using words like “isotope,” “centrifuge,” and “uranium enrichment.”

Colgate turned to a team of faculty to explain some of those words — and a bit of the science that is so critical to a serious debate of the issues surrounding the agreement.

Atoms contain the same number of protons as electrons, ensuring that they are electrically neutral. These protons are found in the nuclei. In addition, the nuclei also contain neutrons. Since neutrons are neutral particles (they carry no charge), they do not affect the atom’s chemical properties. This means that a carbon atom can have a nucleus with six protons and six neutrons, or it can have a nucleus with six protons and eight neutrons. The first kind of carbon atom has a total of 12 particles in its nucleus. Not so surprisingly, scientists refer to this atom as carbon-12. The second kind of carbon atom has 14 nuclear particles, so it is called carbon-14. Carbon-14 makes up about one trillionth of all the carbon atoms in our atmosphere (almost all of the rest are carbon-12).

In both cases, the atoms are carbon atoms and both can be referred to as isotopes of carbon. Uranium has three naturally occurring isotopes: more than 99 percent of all natural uranium is uranium-238; almost all the rest is uranium-235, and there is also a trace amount of uranium-234. Other isotopes have been produced synthetically in nuclear reactors.

What is U-235, and why is it so special?
U-235 is one form of uranium, which differs from the more common form, U-238, because it has three fewer neutrons in its nucleus. The number of protons and neutrons in a nucleus affects its nuclear properties, just as the number of electrons in an atom affects its chemical properties. For example, there are “magic numbers” of nucleons that are particularly stable, just as there are numbers of electrons (such as those of the noble gases) that are particularly stable.

U-235 is special because, when it is hit by a neutron, it sometimes fissions (breaks apart), in the following process:

U-235 first absorbs the neutron and becomes U-236, which is unstable. It then quickly decays via fission into smaller lighter nuclei while releasing 2-3 neutrons plus energy. This energy released from the nucleus is huge: about 100,000 times more energy than is released in a chemical reaction. In addition, the released neutrons can go on to trigger more U-235 nuclei to fission. If enough U-235 nuclei are around, one can have a self-sustained chain reaction that releases energy continuously.

U-235 is less than 1 percent of the uranium found in nature. In order to sustain a nuclear reaction, it’s normally necessary to increase the fraction to 3–5 percent; otherwise the neutrons that are released by one fission event are unlikely to reach another U-235 nucleus to create another fission event. The ratio must be even higher (normally 85 percent) to make a nuclear bomb, and that is why a nuclear reactor can never explode like a nuclear bomb.

Can you just dig up uranium?
Uranium is a naturally occurring element found in many rocks and minerals. However, it is very rare in most places, typically not more than a few parts per million of a rock or soil. (Even in these low concentrations, we often suffer from its effects: one of the products of uranium decay is radon, whose radioactivity is an important environmental danger in some parts of the United States.) Like other rare elements (e.g., tin, silver, gold), geological processes within the Earth can concentrate uranium into ores which are rich enough to mine.

What is a centrifuge and how does it work?
A centrifuge is basically a spinning tube. Spinning a mixture of fluids helps separate them on the basis of their mass, and so, for example, blood samples are often centrifuged to separate blood cells from plasma. For uranium, a centrifuge is one way to separate the fissile U-235 from the much more common U-238. Since both isotopes have common chemical properties (they are isotopes of the same element), separating them by mass is the most straightforward way to purify (or “enrich”) U-235.

You can make a bomb from uranium or plutonium. How do you make plutonium?
Plutonium can be made by bombarding uranium with neutrons. While neutrons make U-235 split apart (fission), neutrons combine with U-238, increasing their mass by one unit to U-239. This nucleus is unstable, and two neutrons quickly decay into protons and eject electrons, creating an atom of plutonium-239. Like U-235, Pu-239 is fissile, and so can be used for a bomb (or for a nuclear power reactor, but this use has been banned since the Carter administration as a non-proliferation measure).

What is a reactor core and what’s inside?
A reactor is simply a place designed so as to encourage a particular reaction. For chemists, this could be a crucible or a test tube. For nuclear reactors, the three essential ingredients are neutrons (which can easily penetrate and change an atomic nucleus), target nuclei for the neutron to react with, and a moderator. Like in a television talk show, the job of the moderator is to facilitate the interaction between the other parties. Here, that generally means slowing down the neutrons, so that they are more likely to be absorbed by the target nuclei. The first nuclear reactor used graphite as the moderator, and basically looked like a pile (that was exactly what Enrico Fermi called it) of pencil-lead rods doused with uranium. It’s more common nowadays to use water as the moderator, so reactor cores are typically at the bottom of what look like swimming pools. One final element is control rods, which absorb neutrons. They can be moved in or out of the reactor to stabilize the reaction.

In reactors, the purpose of the water is the same as in your car’s radiator–it carries heat away from the reaction. And just as the hot water from the radiator can be used to heat the air in the car’s passenger compartment, the hot water in the reactor can be used to produce steam, which then produces electricity by turning a turbine, just as in a coal or natural gas power plant. But the water also has another purpose–it serves as the moderator of the reaction, slowing down the neutrons. U-235 will only absorb slow neutrons, so fast neutrons must be slowed down (moderated) to trigger a fission reaction.

The problem is that water also has one more effect: light water (regular water) is a good neutron absorber. With all this loss of neutrons in the coolant, in order for the reaction to be sustained, U-235 must be enriched (see “What’s U-235 and why is it so special?”). The advantage of a heavy water reactor is that heavy water doesn’t absorb neutrons, so these reactors, such as the CANDU reactors in Canada, can operate with unenriched uranium.

How did we figure all of this out in the first place?
Like so much of our technology, the development of nuclear fission reactors was made possible by fundamental research driven by scientific curiosity. In 1911, when Ernest Rutherford set his student Eric Marsden to measure whether any alpha particles bounced off a thin sheet of gold instead of passing through, he was not expecting to see any results at all. He was simply being a careful experimentalist, measuring the scattering at all angles. He was shocked by the result, writing, “It was as if you fired a 15-inch shell at a piece of tissue paper and it came back and hit you.” His careful analysis led to the discovery of the atomic nucleus.

Rutherford’s discovery helped in the reinterpretation of earlier work, such as his earlier discovery that radioactive elements can decay into new elements. And once the nucleus was discovered, in 1913 Henry Moseley determined that it is the charge of the nucleus that determines the properties of the atom. But there was still uncertainty about what made the masses of some nuclei different from others — many believed that the nucleus contained both protons and electrons, with the electrons partially canceling the protons’ charge.

In 1932, James Chadwick discovered the neutron and measured its mass, and this discovery was critical to the discovery of nuclear fission, (although he didn’t know that it would be!) The work of Marie and Pierre Curie was equally critical. Their careful studies determined which atoms were radioactive. Their daughter Irene Joliot-Curie, with Frederic Joliot, discovered that elements could be made radioactive if they were bombarded by nuclear particles. Nils Bohr and Albert Einstein set additional important theoretical groundwork. Then, in 1938, Otto Hahn and Fritz Strassmann discovered nuclear fission, which was then explained by Lise Meitner. Physicists around the world who learned of this discovery quickly realized its potential as both an energy source and a weapon. At this point, the research transformed from “fundamental” to “applied” as nations raced to harness its potential.

I wouldn’t know a nuclear device from a toaster oven. What does an atom bomb look like?
Well, if you housed it inside a toaster oven, then it might look a lot like a toaster oven. Although it would be tough to fit it inside such a small package, because there are a lot of parts inside that all have to work together perfectly for it to explode. (That’s why the Manhattan Project involved 130,000 people for 6 years at a cost of about $26 billion in 2015 dollars.) At the core of a bomb is a chunk of plutonium or highly enriched uranium. In order to detonate the bomb, the uranium must be compressed by a spherical arrangement of conventional explosives.