Cultural Collaborations at Colgate and Beyond 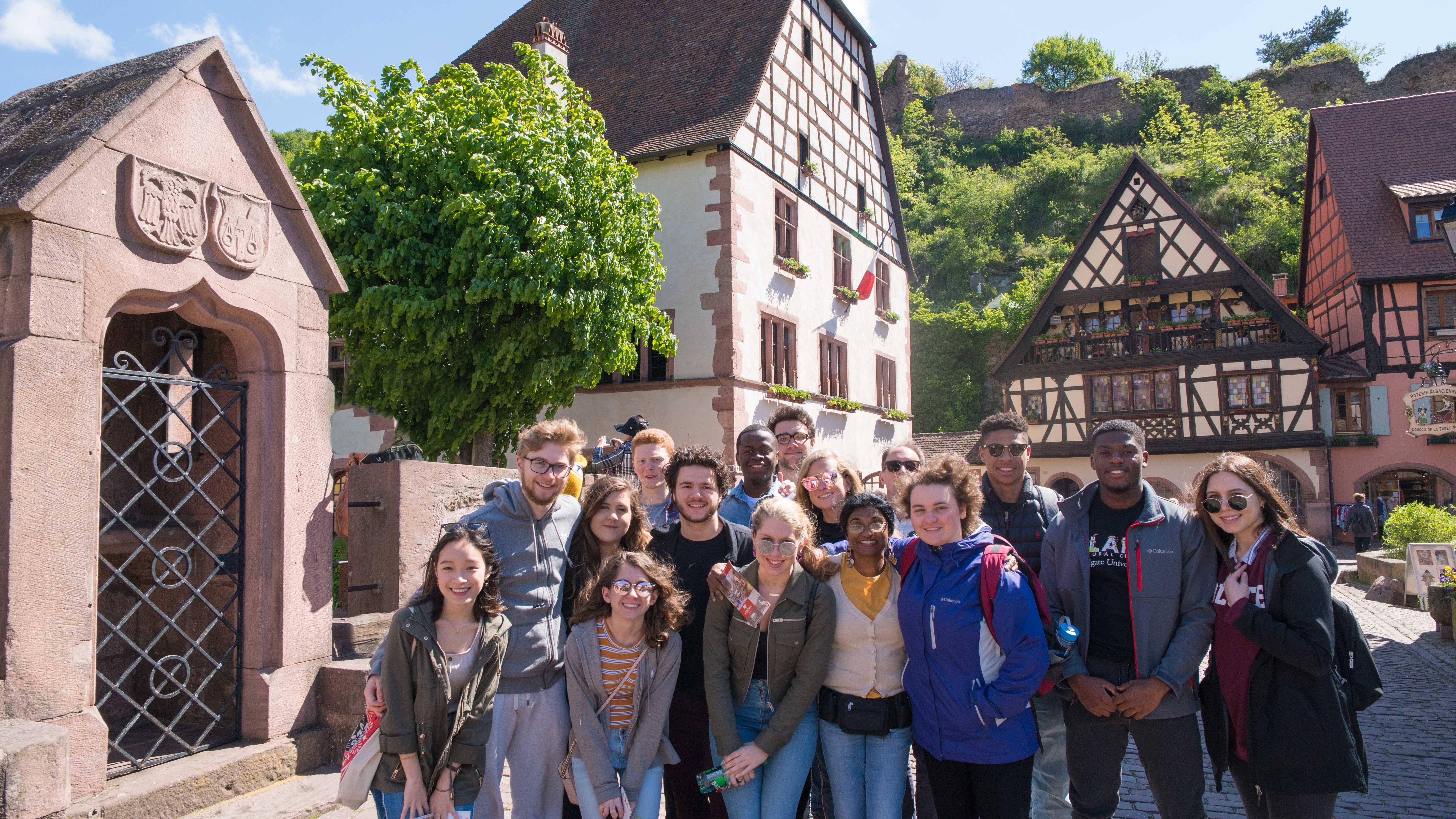 Three countries, one destination at the heart of Europe. The TriRhena region, comprising the border triangle of France, Germany, and Switzerland, features a rich blend of cultural influences. In an effort to bring multilingual worlds home to Colgate University students, Professors Matthew Miller and Mahadevi Ramakrishnan from the German and French departments led 16 students on a one-week excursion here in May.

The cross-departmental trip enabled students to learn within a cultural framework and understand the confluence of diverse French and German microcultures. Miller noted that students visited a number of historically relevant sites to recognize the process of Franco-German reconciliation.

“Long contested between the nations of France and Germany, the TriRhena region now constitutes a multinational core of the continent,” he said. “It’s an area that harbors great lessons as to how peoples once viscerally opposed to one another can embrace a newfound harmony through mutual acceptance and understanding.”

Participating students came primarily from French 201 and German 353, offered during the spring semester. Miller and Ramakrishnan co-taught an additional Foreign Languages Across the Curriculum (FLAC) section to complement and extend students’ courses.

Jessica Johnson ’22, who serves as president of the German Club, appreciated the opportunity to sharpen her language skills and experience the cultural mosaic of the TriRhena region. “We had to step out of our comfort zones prior to stepping out of the country — we were all eager to learn during FLAC sessions and help each other while in the TriRhena region,” she said. “I gained so much from this trip, due in great part to its interdisciplinary nature.”

As a leader of the excursion, Miller aimed to inspire students. “I believe it was a wonderful experience for all involved,” he said. “Hopefully, we’ve laid the groundwork for Colgate students to further pursue their linguistic and cultural studies, potentially by participating in the Dijon and Freiburg study groups.”