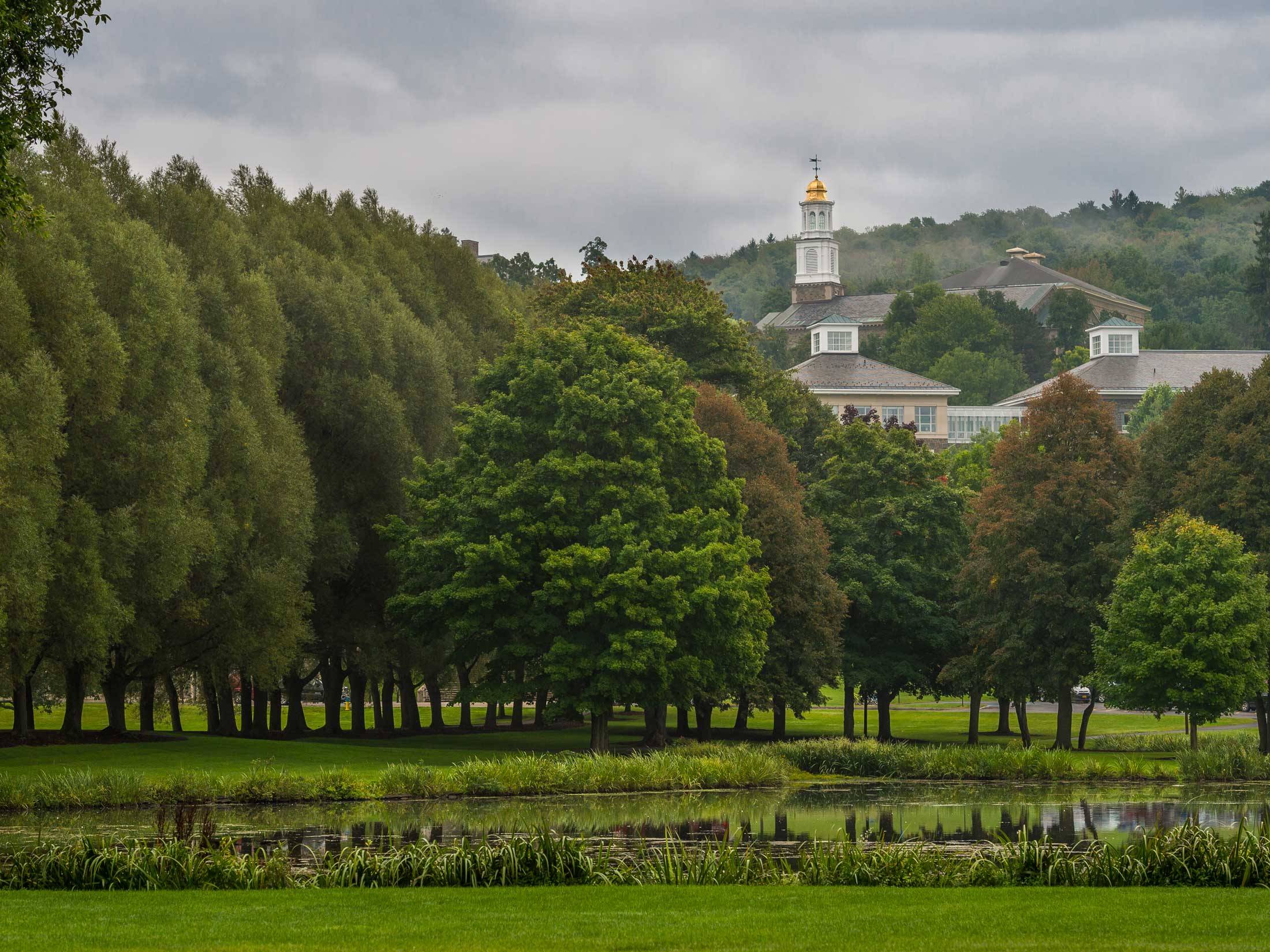 In the fall of 2020, Colgate enrolled its most academically accomplished and most diverse first-year class in its 200-year history. This milestone was the fruit of intense labor to implement Colgate’s Plan for Diversity, Equity, and Inclusion (DEI), a framework for advancing inclusivity on campus in the near term and engaging the Colgate community in this effort in the years ahead.

During the past three years, the admission team has significantly broadened both the diversity of voices heard on campus, from the admission evaluation process to the student ambassador program, and its outreach to community organizations working with underrepresented groups across the country.

“A great institution is a diverse institution,” states the University’s Third-Century Plan. “We simply cannot claim to be a first-tier institution providing a first-tier education to our students if we do not expose them to a rich diversity of perspectives and backgrounds in their educational and social experiences.”

There’s no on/off switch that an institution flips to become suddenly diverse. Equity and inclusion in admission require a dedicated and detailed 360-degree review of not just the messaging going out to prospective applicants but also the institutional processes that determine who ultimately becomes a Colgate student.

“We asked ourselves, ‘How do we make our admission process more equitable? How can we work against some of the implicit bias that may enter into the application review process? How can we bring different perspectives into that process?’” says Jamiere Abney, associate dean of admission and coordinator of outreach for opportunity and inclusion.

As part of that process, admission officers received training on overcoming bias from Abney and Maura Tumulty, associate provost for equity and diversity. “It was great working with Maura because this is her specialty,” Abney says. Tumulty highlighted points in the typical review process where bias could influence the outcome and provided questions for officers to ask themselves to remain vigilant for bias.

Thanks to this training protocol, admission leaders had the same point of reference. “They could calibrate their own perspectives to align with what our DEI goals are,” says Tara Bubble, dean of admission.

The admission office then adopted a team approach to reviewing applications, pairing up two readers for a joint first review of an application. “They become accountability partners for one another,” Abney says. “You have the chance to ask your partner, ‘Have you considered this?’ or ‘Should we look at certain things differently?’ It provides the opportunity to make a more informed decision in that first recommendation of where they think an application should go from there.”

The training and team approach dovetailed to help the admission staff through the challenging pandemic year, which was Colgate’s first year in a three-year, test-optional pilot program. “We needed to focus not on what was missing but what applicants brought to the table,” Bubble says. “We looked at their curriculum, their response to COVID, and their persistence in the face of all these challenges. Our team really refined the holistic qualities and characteristics they were seeking.”

You can’t draw more diverse students in if you don’t first reach out. In 2020, Colgate launched its partnership with QuestBridge, a national nonprofit that connects the most exceptional low-income youth with leading institutions of higher education. “That put us in front of a national community that’s well regarded and well recognized and gave us a chance to communicate our message more broadly,” Abney says. “We saw application growth across the board, regardless of race, gender, and socioeconomic status, and QuestBridge was a key part of that growth.”

The admission team also has been building relationships with numerous community-based organizations — Academy Group in Chicago, Uplift Education and EMERGE in Texas, IDEA Schools in Texas and Louisiana — as well as with College Horizons, a nonprofit dedicated to increasing the number of native and indigenous students who succeed in higher education. “It’s not just about building an application pool for Colgate,” Abney says, “but reaching out to these communities and saying, ‘We’re here for you as a resource on higher education.’’’

As campus visits went virtual this year, the admission team not only reached a significantly higher number of students but targeted its outreach campaign with virtual sessions specifically for students of color, first-generation students, LGBTQ students, and students who were passionate about their religious identity.

As they logged in, these potential applicants were greeted by student ambassadors who reflect Colgate’s growing diversity. The high-profile ambassador position, which is a pipeline for admission interns, was previously a volunteer post. However, the admission team recognized that the significant unpaid time commitment involved was a barrier for certain students. “We wanted a group of students who really represented all of the different facets of Colgate’s community,” Bubble says. “By paying our admission ambassadors, it has really diversified the program.”

Admission officers can cover the fine print in virtual sessions on such programs as Colgate’s No-Loan Initiative and Colgate in Focus; ambassadors from many backgrounds can speak sincerely, peer-to-peer about what daily life is like for them on the Colgate campus. “Students really want to see what you’re about, warts and all,” Bubble says. “The ambassadors and interns could share very genuine, very candid stories with students this year, and I think that was a huge influencing factor when students were thinking about Colgate. As they looked at the variety of programming we’re offering, they could see themselves here. I think that made a big difference.”

“It has been a whirlwind year,” Bubble says. “I’m really excited to see what our DEI planning holds for the future. I think we have an incredible opportunity to take advantage of what we’ve learned this year. With Jamiere leading our team, it’s going to be an exciting road ahead of us.”