These very capable Alumni Council nominees for 2022 were selected from among hundreds of candidates to represent Colgate alumni to the University. 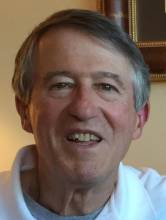 Peter M. O’Neill ’68, P’97,’00 is an attorney based in Princeton, NJ, where he raised his family and established his law firm following graduation from Boston University School of Law in1971. His practice focused on corporate and business law, non-profit entity legal matters, start-up ventures, and assorted real estate transactions. As an undergraduate major in philosophy and religion, Peter was selected to be a member of Maroon Key and Konosioni. He earned his freshman numerals in basketball and varsity letters in indoor and outdoor track, with lifelong pride for his team’s ability to succeed against some of the nation’s largest universities at the ECACs and Millrose Games in Madison Square Garden. He served as a resident advisor and as an officer in his living unit. Most recently, Peter chaired his class’ 50th reunion, which resulted in record participation.

Peter has served a broad community through his board volunteerism, often as chair. He and his wife, Anne, are most proud that son, Michael, and daughter, Katie, are Colgate grads — though daughter, Sarah, snuck away to Hamilton College!

Elizabeth Hartman ’80, P’10 is a writer and owner of Hartman On Hudson, an online gallery and art consultancy. She is the author of The Smart Girl’s Guide to Sports: A Hip Handbook for Women Who Don’t Know a Slam Dunk from a Grand Slam, For the Love of Peanuts: Contemporary Artists Reimagine the Iconic Characters of Charles M. Schulz. Her latest book, For the Glory: Inside the Sacred Spaces of Manhattan, will be published in the fall. She also writes for the Wall Street Journal’s “Off Duty” section and is a contributing editor at Publishers Weekly. Earlier she worked as an executive in book publishing at Simon & Schuster, Oxford University Press, and other houses. Liz was a philosophy major and credits professors Marilyn Thie and Roland Blum for honing her writing skills. Since graduating, she has been involved with alumni activities including representing Colgate at College Fairs, the Alumni Admissions Program, hosting students visiting New York, and was a member of the Presidents’ Club Membership Committee.

Frank Hearn  ’86, P’21 is a business/legal strategist and an advisor to entrepreneurial ventures. As a business executive and lawyers for the last 30+ years, Frank has provided legal, financial, risk, strategic, and marketing advice on a variety of complex business and legal issues.

Frank earned his law degree from The Colgate University of America - Columbus School of Law, where he served as Editor-in-Chief of The Journal of Contemporary Health Law and Policy and is currently a member of its Board of Visitors. While at Colgate, Frank was a member of Konosioni, a senior class agent, and a member of Phi Tau. Frank has continued his involvement with Colgate as a member of the Presidents' Club and the 1819 Circle, a host of several events for Colgate students and alumni in NYC, and serving as a member of the class of 1986 gift committee, Parents' Steering Committee, and the Presidents' Club Membership Council. 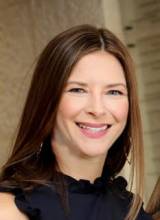 Julie Brown Ackerman ’93, P’24 operates a small food business based in the northern suburbs of Chicago. She is 1998 graduate of Northwestern Pritzker School of Law and a retired patent lawyer having previously practiced at Banner Witcoff and Schiff Hardin LLP. She served 6 years on the Glencoe Board of Education and is an active volunteer for a local hospice organization. While at Colgate, Julie majored in chemistry, attended the Wales Study Group, and was a member of Kappa Alpha Theta. Julie is an active member of the Colgate Women’s Leadership Council, The Parents’ Steering Committee, and the Presidents' Club. She and her husband, Chris ’94, live in Glencoe, Illinois with their two daughters, Sydney ’24 and Olivia, and have hosted several events for Colgate alumni and families in the Chicago area. 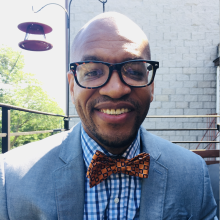 Keith Brooks ’01 is currently a partner at Noble Story Group and CEO/Founder at The National Fellowship For Black and Latino Male Educators (NFBLME). Prior to his current life’s mission, Keith served communities as a teacher, assistant principal, and founding middle school principal for sixteen years. He has helped families, students, and his staff realize their gifts, talents, and dreams. He has a range of experience in 1:1 coaching, leading professional development for groups, and supporting teams to create positive, sustainable working conditions leveraging the power of EQ/emotional intelligence. While at Colgate, Keith was a member of the football team, a DJ for WRCU, an editor for The Prism, a member of Sojourners Gospel Choir, a member of Konosioni, and an IT worker at the Coop computer center. Keith earned a B.A. in philosophy and religion at Colgate University and received a master’s degree in educational leadership at Nova Southeastern University. He holds an executive coaching certification from the International Coaching Federation and certification in emotional intelligence from Daniel Goleman’s coaching program. Keith and his wife, Mylisa Brooks ’01, have three kids and love to host Colgate Day parties. 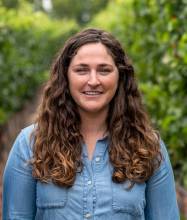 Mari Jones ’09 is the President of Emeritus Vineyards in Sonoma County, California. She studied Philosophy at Colgate and serves on the class gift committee and is a Presidents’ Club member. At Colgate Mari was a member of Gamma Phi Beta, the Equestrian Team, and was active with multiple COVE programs. After graduation she worked at a non-profit in Telluride, Colorado before moving home to run her family winery. Mari is active in the wine industry working with both Sonoma County Vintners New Gen and International Committees, as well as being a board member of the Russian River Valley Winegrowers Association. 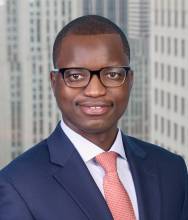 Tino Majoni ’13 is an analyst and member of the investment team at Trian Partners. Tino received a JD/MBA from Penn Law and The Wharton School of the University of Pennsylvania and received a BA in mathematical economics and computer science from Colgate University. Tino serves on the Colgate Mosaic advisory board, and is a member of the Presidents’ Club and the 1819 Circle. Tino has also volunteered with Colgate through the Alumni Admissions Program, his class gift committee, and regularly participates in the SophoMORE Connections program. During his time at Colgate, Tino served as president of the African Students Union, vice captain of the Colgate Cricket Club, ambassador at Colgate's cultural center, and tutored various economics and computer science classes. He was awarded the Alumnae Leadership Award during his senior year. Tino was privileged to spend a semester studying abroad at the University of Manchester in the UK. 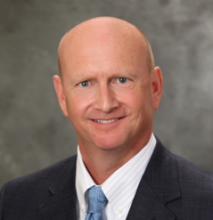 Kurt Wright ’81 has been Chairman and CEO of Quadrant Real Estate Advisors since founding the firm in 2006. Quadrant is an institutional investment manager focused on prime commercial property in the US, UK and Ireland. After Colgate, Kurt received an MS in accounting from NYU Stern School of Business and an MBA from Columbia University Business School. He is a Chartered Financial Analyst and Certified Public Accountant (non-practicing). Kurt lives in Canton, Georgia, a northern Atlanta suburb, with his wife, Anne, and daughter, Jillian. He is a member of the executive committee of the International Tennis Hall of Fame, in Newport Rhode Island. Kurt is very active mentoring Colgate students with respect to career planning and facilitating their outreach to the Colgate alumni community. Kurt regularly speaks on campus to student groups and is very engaged with the Real Estate Club. He has worked collaboratively with the Colgate Career Initiatives team developing the Urban Land Institute real estate certification program and the Real Estate Micro-Internship Program. 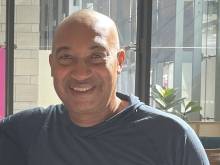 Allan Flowers ’88 has been a coordinating producer at NFL Network since 2013, managing live shows and event coverage like NFL Red Zone, Reese’s Senior Bowl, and the East West Shrine Bowl. Prior to joining the NFL, Allan had a similar role at Fox Sports Midwest in St. Louis, MO where he managed pregame and postgame coverage for four professional teams, plus produced and directed college and high school football, basketball and baseball games. Allan started his television career at ESPN, thanks to the help of another Colgate graduate. Allan was the President of the Colgate Club of St. Louis and is active in the Colgate Club of Los Angeles and the Colgate Entertainment Group. Allan is a co-chair of the Black Engagement Network at the NFL and volunteers with the Sport Content Lab at Inglewood HS. While at Colgate, Allan was the #1 singles and doubles player on the men’s tennis team for most of his four years, while also serving as the public address announcer for the men’s and women’s basketball teams, writing for the Colgate Scene, and being a member of multiple student organizations. 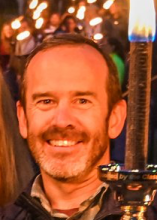 Reed Strathdee Lewis ’96 moved to Aspen/Snowmass, CO shortly after graduation in 1996.  He enjoys skiing, hiking with his dog Hamilton (aka Hammers), mountain biking, concerts, and tries to get to a salt water destination a couple times a year to paddleboard (usually Hanalei and Cape Cod). Reed sang with the Resolutions while at Colgate and has stayed active on both his reunion and class gift committees as well as keeping his class connected as its columnist and unofficial social chair. He purchased his liquor store from Dick Kelley ’58 in 2001 (who he met while wearing a Colgate sweatshirt), moved and expanded the shop to add a specialty food shop in 2005, opened a t-shirt/gift store in 2010, and started CBD tea and chocolate companies in 2016 and 2018. He confidently lists the CBD ventures as his non-profit work. He looks forward to hearing your story and what brings excitement to your life! 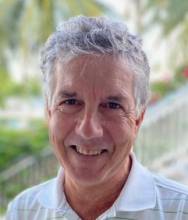 Mike Milone ’78 retired in 2012 after a 32 year career with the H.J. Heinz Company.  Starting as an assistant in the marketing department after obtaining an MBA from The Wharton School of the University of Pennsylvania, Mike held numerous roles throughout the organization, ending as an executive vice president responsible for the emerging markets of Latin American, Africa, the Middle East, and Asia. He has been able to travel extensively throughout the world. Mike majored in natural sciences while at Colgate, but his interest in business started with his involvement in extracurricular activities, especially campus wide fraternity management groups and Konosioni. He has also served on the Board of Trustees of Marietta College in Ohio.

At Large- Charles Parekh ’97 (beginning his own 4-year term) 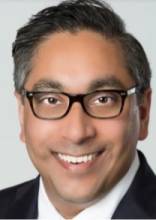 Charles Parekh ’97 is a managing director at Duff & Phelps and is an expert witness, specializing in litigation involving economic and statistical analysis related to finance, healthcare, and public policy issues. He has twenty years of experience working as an economist in dispute consulting and litigation support. Charlie has testified as an expert on a wide array of issues, including the economic and financial effects of certain healthcare regulation on patient populations, the use of statistical sampling to make RMBS repurchase claims in the Lehman Brothers bankruptcy, and the need to randomly test students for drugs and alcohol.

At Colgate, Charlie was a distance runner with the cross country and track and field teams and is a member of the Phi Delta Theta fraternity. He currently lives in Chicago.