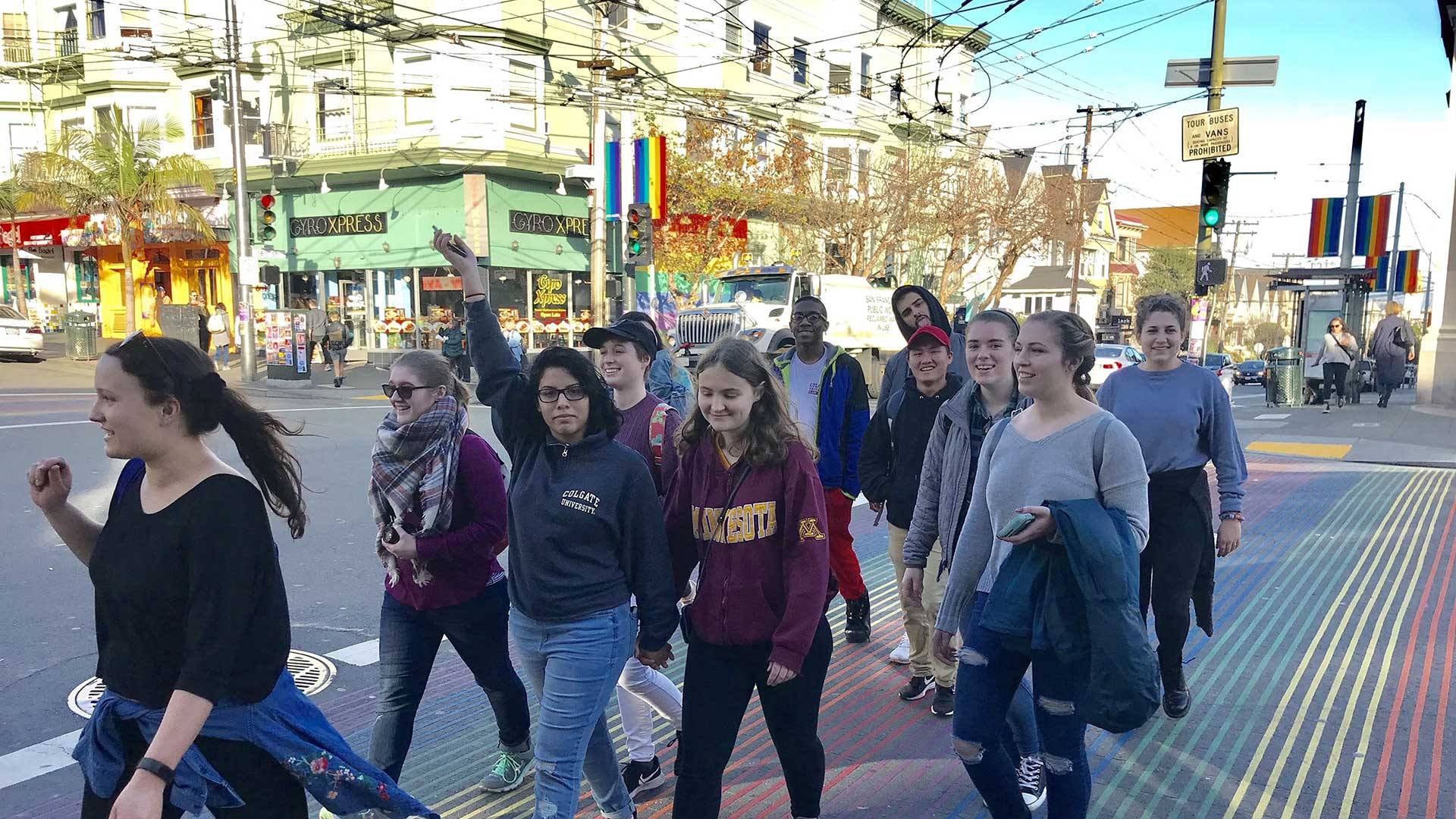 More about the trip 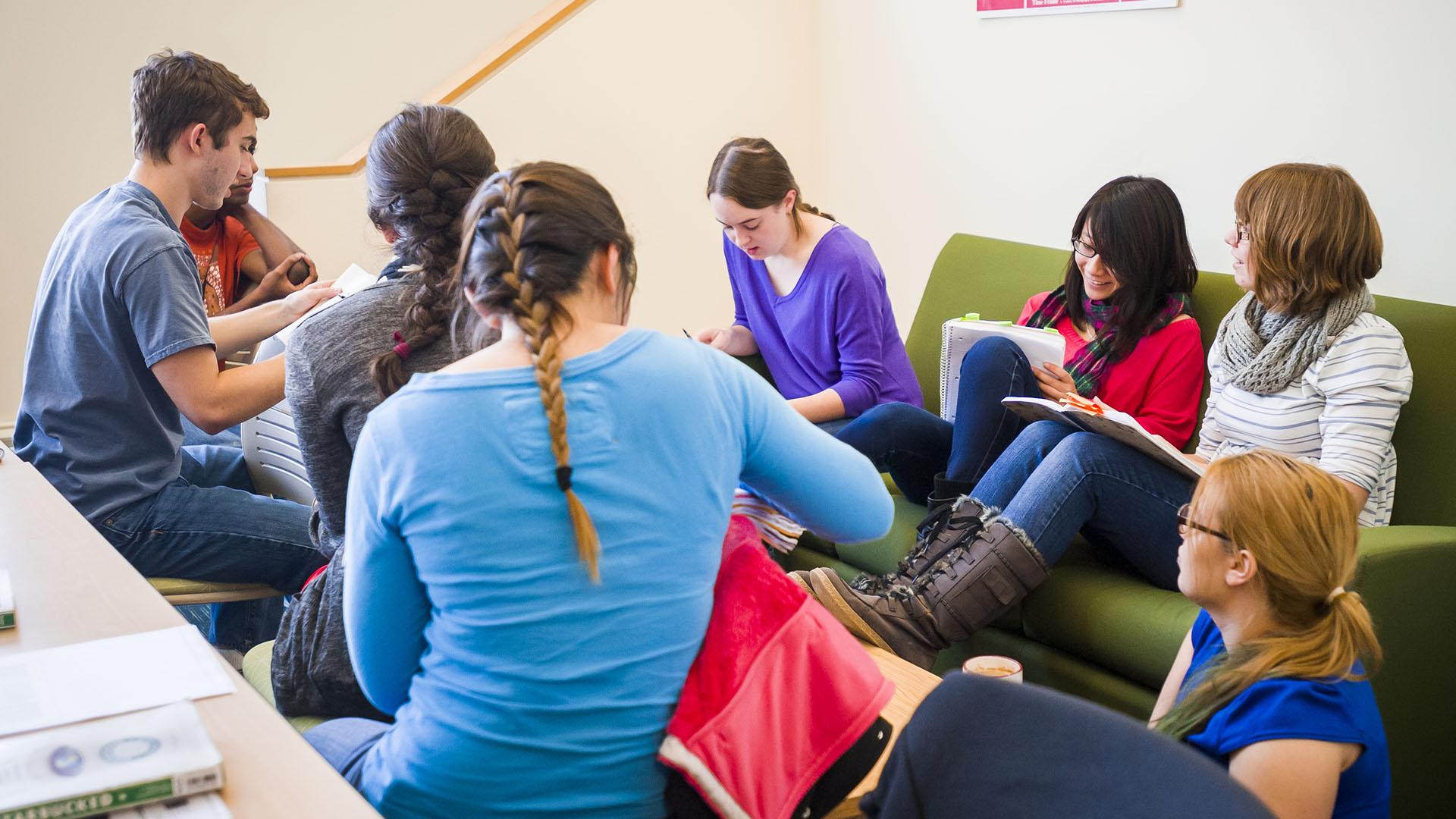 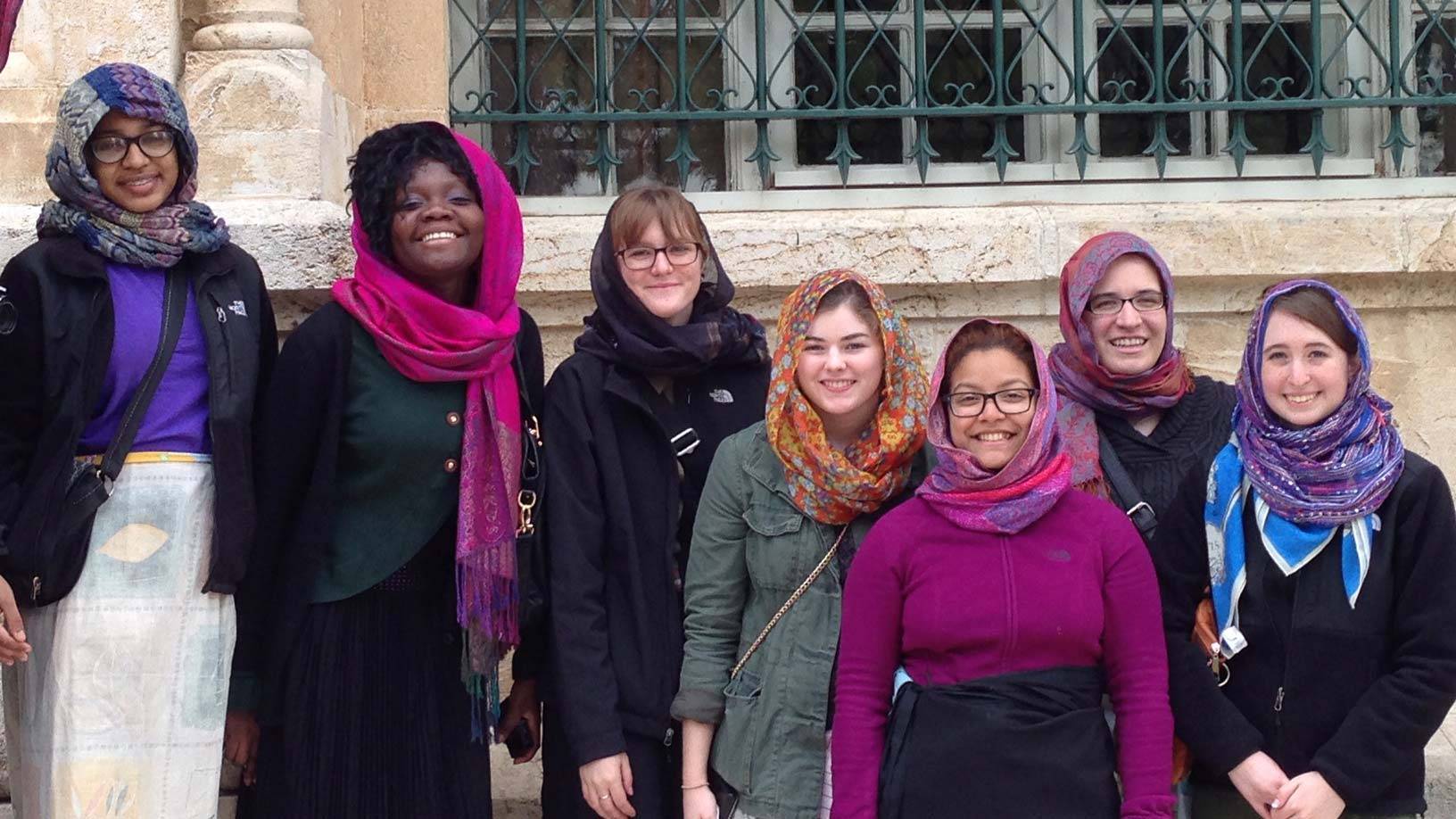 In 2013-14, Professor Lesleigh Cushing led sophomores on an excursion to Israel. Learn about upcoming opportunities below. 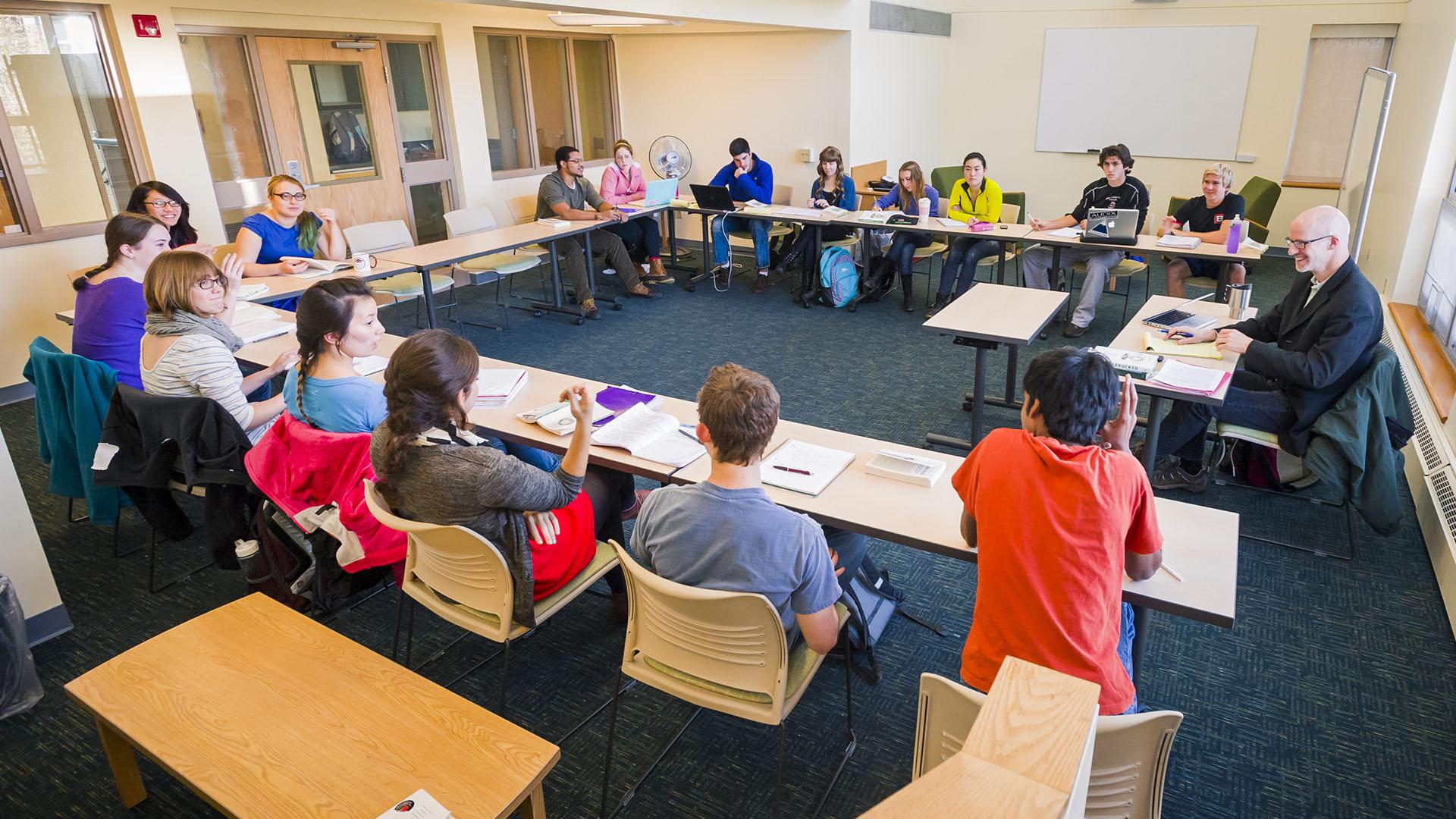 Sophomore Residential Seminars are a unique and immersive living-learning experience during the sophomore year. SRS students have opportunities to build deep academic communities based on common interests and sustained interactions with SRS faculty members. The capstone experience is a 7-10 day trip in January or May that extends the academic experience out of the classroom and into the real world. Apply in now to join this exciting academic community!

The program is a transformational series of intensive residential seminars for sophomores, initially made possible with a significant grant from the Mellon Foundation. Students who are selected will live and study together, meet regularly with the seminar professors and guest speakers in their residence hall, and engage in an embedded academic travel experience related to the course at no extra charge. Each spring, all SRS students will continue the dialog with a one-quarter-credit course with their professor.

Faculty teaching in the program will interview students during the first two weeks of February 2022 and offer spots to students beginning in mid-February.

Race, White Supremacy and Education: Allies, Advocates, and Co-Conspirators will investigate the historical, social, and cultural aspects through a racial justice theoretical lens. The main objective of the course is for students to gain valuable insight into racism and white supremacy beyond the individual level through a critical analysis at an institutional, societal, and cultural level. In preparation for our SRS related trip, students will research key historical Civil Rights Movement events and people and the direct relationship to our schools. The story of white supremacy does not end here; it continues to roar into the 21st century. The course will delve into educational policies at the federal level that have led to further “resegregation” and thus exacerbated racial oppression in our schools. In short, our public school system has been and continues to be at the forefront of the fight against racial segregation and oppression. Most importantly, the course will revolve around critical dialogues that encourage students to be vulnerable in revealing their racial identity development (ally), bold in their analysis and interpretations as they develop their understandings of critical race theories and race-based policies (advocate), and empowered as they move to enacting transformative change at Colgate and in the larger community (co-conspirator). Our travel will begin in Washington DC at the National Museum of African American History and Culture. From there we head to Atlanta to the Martin Luther King Jr. Center and the Ebenezer Baptist Church as the starting site for the Civil Rights Trail. The week will take us to the Legacy Museum: From Enslavement to Mass Incarceration as well as a walk across the famous Edmund Pettus Bridge (site of Bloody Sunday in Selma) and will end in Memphis where we will stand on the balcony of the Lorraine Motel. In each of the cities, it is my hope that we will engage with Colgate’s Alumni of Color to assist us in understanding Colgate’s history and current social justice activism.

John D. Palmer is a professor of educational studies and the current academic director of the office of undergraduate studies (OUS). His teaching philosophy of Engage, Empower, and Enact is built on a belief that an engagement of one’s racial identity (ally) will develop an empowered identity that holds a critical and expansive understanding of race, racism, and white supremacy (advocate) that will ultimately enact a social justice agenda for anti-oppressive, anti-racist, anti-white supremacist institutions (co-conspirator).

Popularly nicknamed the "Island of Enchantment" for its natural beauty, Puerto Rico is less widely known as one of the oldest colonies in the world. In recent years, the island's colonial status has led to increased political unrest. In particular, we are seeing mounting tensions because of the island's nearly $100B debt, the aftermath of Hurricane María which resulted in more than 4,000 deaths, government corruption, and soaring rates of femicide. In this course we will study both the island's history and its recent socio-political situation, characterized by economic, cultural, political, and (un)natural disasters, and colonial corruption. We will pay special attention to the intersections of queerness, colonialism, citizenship, and migration in Puerto Rico, which together have created a complicated socio-political and cultural terrain in which LGBTQ identities are expressed. We will analyze how different articulations of LGBTQ politics either reinforce or challenge US hegemony/imperialism on the island, and learn how LGBTQ organizations, artists and intellectuals have emerged as key actors helping to imagine a decolonial future for Puerto Ricans on the island and in the diaspora.

In January, the class will travel to Puerto Rico. Our time will be divided between San Juan and more rural areas in the central and western regions. As we travel around the island, we will learn from queer food sovereignty advocates, writers, artists, and activists to gain a better sense how they are working to challenge exploitative political and economic policies. In the west, where there are far fewer resources, we'll see how LGBTQ communities have nevertheless organized to protect the island's natural and cultural diversity, provide care for LGBTQ elders, and increase LGBTQ visibility through education, art, and performance.

This course can be used to fulfill either the Core Communities & Identities requirement. It also counts towards degree requirements in LGBT, WMST, and ALST.

Danny Barreto is an associate professor and the director of LGBTQ Studies, as well as the coordinator of Latin American Studies. The courses he took as an undergraduate in Puerto Rican studies and gender studies provided the foundation for much of his own research, which now focuses on queer subcultures and literature in Galicia. Like Puerto Rico, Galicia is a stateless nation with a large migrant population and non-hegemonic language, only within the Spanish state rather than the US.

“Race, Place, and the American South” will explore the diverse meanings of how the South has been—and continues to be—formed in literature, music, film, and visual art. Who claims it and how? Which kinds of images prevail and why? For instance, if it has been easy to see the region as the place where early Euro-American settlers forged exploitative theories and practices of both whiteness and blackness (e.g., race-based slavery, the persistence of Jim Crow), it’s also worth recognizing the South as a zone of African American aesthetic and political achievement. This is a place where, according to the proposal of a prominent petition, the rap duo Outkast might take its place alongside Robert E. Lee on the Confederate monument at Stone Mountain, Georgia. Consequently, though both artists and critics have routinely imagined the region’s culture as characterized by what one commentator called “the backward glance,” we will consider how different permutations of both past and present—the personal, the regional, the national—signify depending on one’s subject position(s) in powerful matrices of race, gender, and class. Is it possible, then, to remap southern literature and culture in less oppressive ways? To that end, we will explore texts in a variety of media and theorize them from a range of perspectives, from the colonial period to the present, with particular emphasis on products of cross-cultural merger: the interracial rhythm section of Stax r&b, the spice blend at Charlie Vergos Rendezvous, the multitudinous identities of Natasha Tretheway’s poetry. Major figures on the syllabus include Pauline Hopkins, Kate Chopin, Mark Twain, Zora Neale Hurston, William Faulkner, Tennessee Williams, Flannery O’Connor, Yusef Komunyakaa, and Jesmyn Ward. Since topics of race, place, and region remain timely—particularly in the wake of recent efforts to tie both Americanness and southernness to a white nationalist agenda (e.g., Charlottesville 2017; Charleston 2015) and in the ongoing controversy about the status of Confederate memorials—the immersive experience of the SRS program seems ideally suited to their investigation. On the week-long January trip, we will tour sites related to literature, music, foodways, and civil-rights history in Nashville, Memphis, the Mississippi Delta, and New Orleans; the .25 credit course in the spring semester will consist of a follow-up film series. No prerequisites necessary.

Ben Child is a member of the English Department, where he teaches courses in American literature and the environmental humanities. Much of his research has focused on literature, popular music, film, and photography of the US South, including his recent book, The Whole Machinery: The Rural Modern in Cultures of the US South.

How do people survive war and other forms of systemic violence rooted in legacies of settler colonialism? How is it experienced, interpreted, remembered and processed by both combatants and civilians? Using the German genocide of the Herero and Nama peoples in Namibia (1904-1908), PCON 218: Practices of Peace and Conflict Studies introduces students to the ethical and methodological process of studying individual and collective legacies of violence. Together, we will study the human and material legacies of colonial settlement, violence, and genocide. We will focus on museums, memorials and commemoration, German apologies for atrocity and reparations as well as the role of land, topography and architecture in surviving genocide. Lastly, we consider human interactions with the non-human, including the archaeology of the Namib desert, the relationship of hunter-gatherers to the desert landscape and to Namibian wildlife. Students will be taught ethnographic methods, the ethics of working with genocide-affected communities and individuals, as well as how to write ethnographies and how to read ethnographically. All of our course components will be in English.

Professor Thomson is associate professor of Peace and Conflict Studies. She has taught PCON 218 for the past decade. Professor Thomson's research focuses on understanding how systems of power structure the lives of individuals, and how individuals subject to power experience it in so-called times of peace. In studying how individuals live through and recover from war means that her research draws on a number of disciplines, including anthropology, feminist security studies, history, law and politics. Professor Thomson also studies the practical and ethical challenges of doing field-based research in post-conflict and other difficult settings. She is the author of four books, including Rwanda: From Genocide to Precarious Peace (Yale UP 2018) and Field Research in Africa: The Ethics of Research Vulnerabilities (James Currey 2021). Professor Thomson's current book project is as editor-in-chief of the Handbook of Genocides in Africa. She has worked in southern Africa for almost 15 years and is looking forward to introducing you to the people, places, and animals of Namibia! 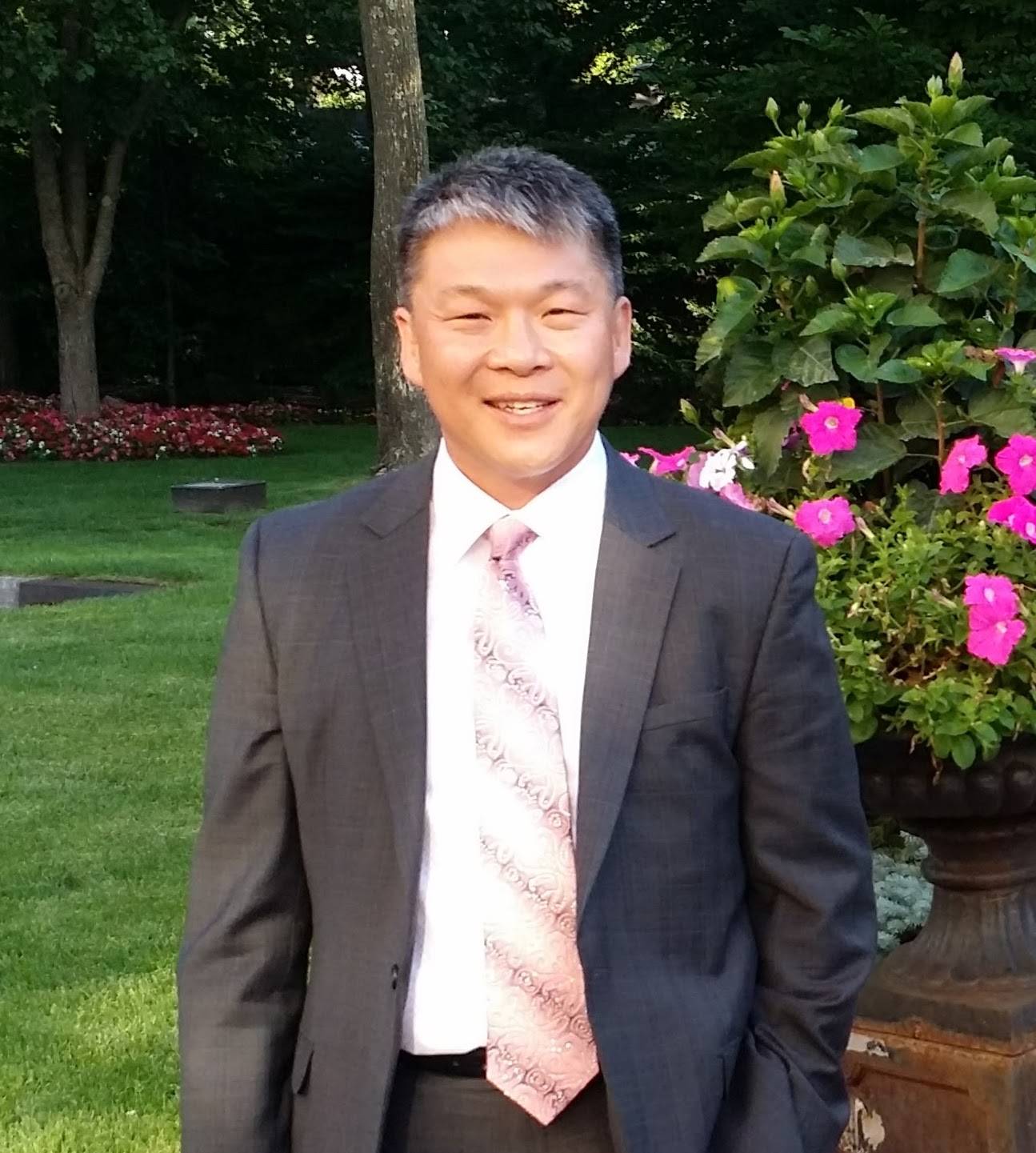 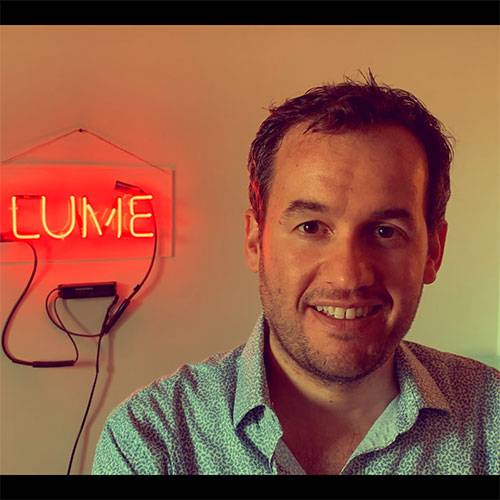 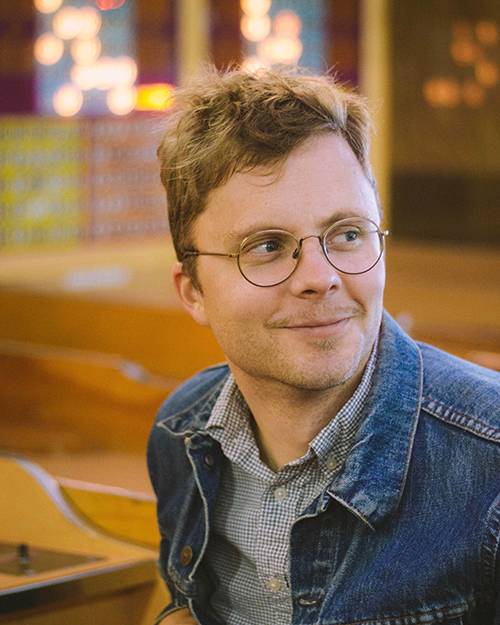 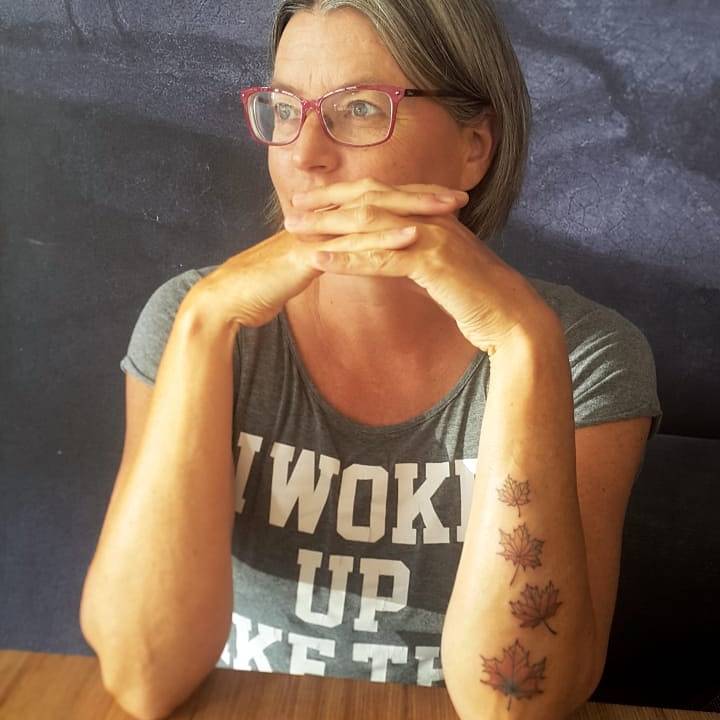 The online application will be available beginning in late December/early January. Faculty teaching the Sophomore Residential Seminars will interview students during early February. Scheduling an appointment is done after you have successfully submitted your application. The assignment of rooms and roommates will come later.

Students selected for the SRS program live among members of their class. Your roommate will be a member of your class, and a special SRS roommate selection process will take place around March-April.

No. There is no direct charge for your research trip or the field trips and other activities connected to the program.

You will be given an interview slot for your first-choice course, but faculty will share information with each other during the selection process. So, while it's not possible to have more than one interview, you will still be considered for other seminars listed on your application.

Your GPA is a factor, but it is far from the most important one. We realize that you've been at Colgate for only one semester, so it is a small sample size. If there are things you'd have us know about your first semester that put your GPA into perspective, please let us know about them in the application.

You can direct your questions to Martin Wong, Associate Dean of the Faculty for International Initiatives (mswong@colgate.edu).