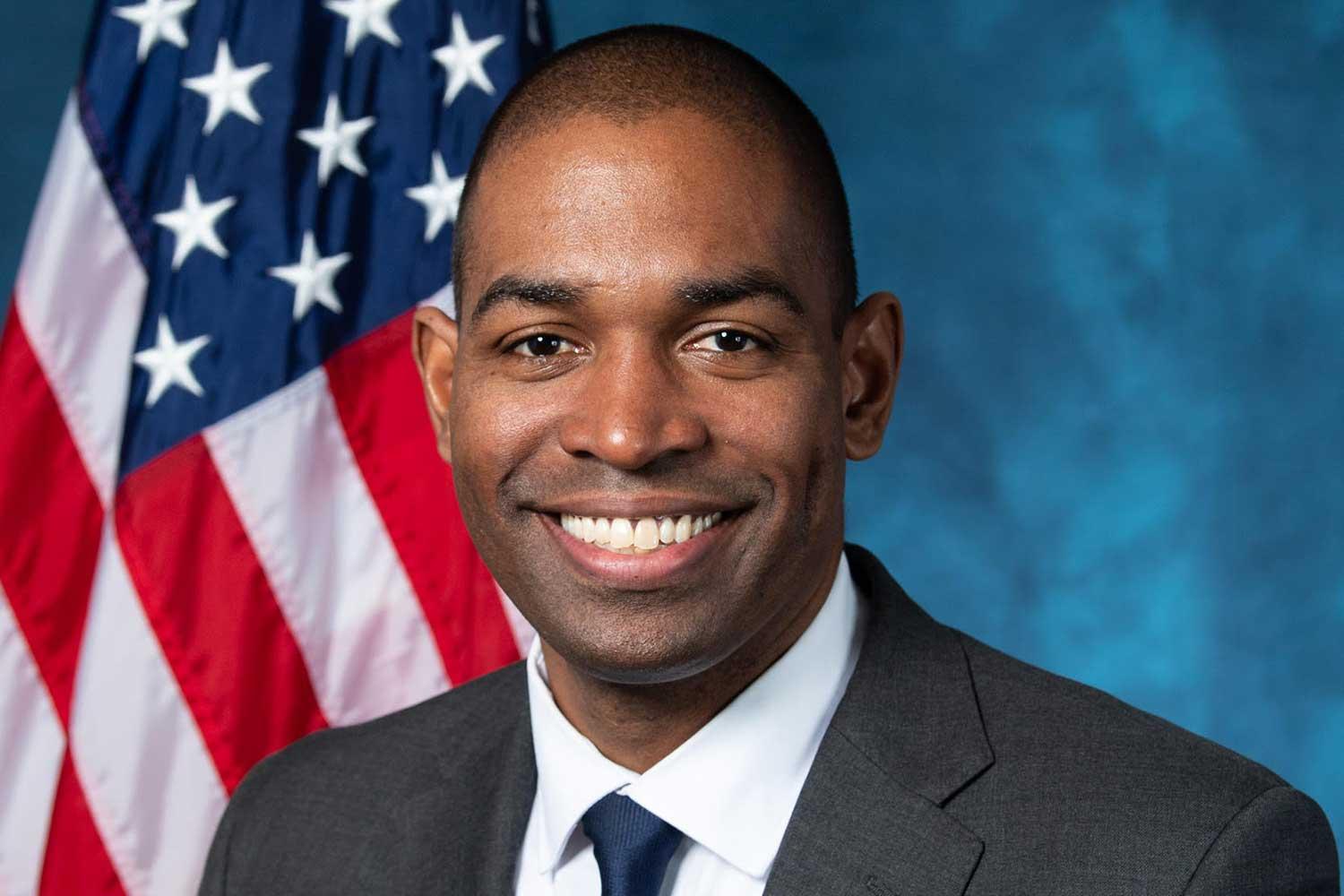 Antonio Delgado ’99, U.S. Representative for the 19th Congressional District, will deliver the commencement address to Colgate University’s Class of 2019 on May 19, 2019.

Delgado began his professional career in the music industry, empowering young people through Hip Hop culture. He went on to work as an attorney, specializing in complex commercial litigation, at the law firm of Akin Gump Strauss Hauer & Feld, where he also dedicated significant time to pro bono work in connection with criminal justice reform. He was elected as the U.S. Representative from the 19th District of the State of New York in November 2018.

Delgado lives in Rhinebeck, N.Y., with his wife, Lacey, whom he met in law school, and their young twin boys, Maxwell and Coltrane.

The University will recognize Delgado with an honorary doctorate. It will also award honorary degrees to:

Nick Cave — Professor of Fashion Design, School of the Art Institute of Chicago

Cave works between the visual and performing arts through a wide range of media, including sculpture, installation, video, sound, and performance. His solo exhibitions have taken place in the United States, France, Africa, Denmark, Asia, South America, and the Caribbean. Cave, who has been described as a Renaissance artist, received his MFA from Cranbrook Academy of Art and his BFA from the Kansas City Art Institute. He has completed multiple self-described “Dream Projects” throughout the United States, Europe, and Africa — including HEARD.NY in New York’s Grand Central Terminal. Cave has received awards from Creative Capital Grants, the Andy Warhol Foundation, the Joan Mitchell Foundation, Artadia, United States Artists, the Louis Comfort Tiffany Foundation, the Illinois Arts Council, among others. In fall 2017, he was the Christian A. Johnson Visiting Artist in Residence at Colgate.

Hurwitz provides strategic, executive, and operational oversight for the portfolio companies owned by Raider Hill Advisors’ clients as well as acquisition and retail advisory services for all investment activity. Prior to founding Raider Hill Advisors, Hurwitz was CEO of commercial real estate company DDR. In that role, he earned a place on the 2013 Institutional Investor Magazine All-America Team and was voted by sell-side analysts as the Best CEO in the real estate investment trust sector. Prior to joining DDR, he served as Senior Vice President and Director of Real Estate and Corporate Development for Boscov’s Department Store, Inc. Hurwitz is a graduate of the Wharton School of Business Management Program at the University of Pennsylvania. Vice chair of the International Council of Shopping Centers, he discusses retail and real estate trends on CNBC, Bloomberg TV, and Fox Business. Outside of the retail real estate sector, he has served on numerous volunteer boards, including the Board of Directors of the Rock and Roll Hall of Fame and the Leadership Board of Cleveland Clinic Neurological Institute.

Malcolm is a veteran Democratic activist and fundraiser, who served as the president of EMILY’s List for 25 years. Since its creation, EMILY’s List has helped elect 26 women to the U.S. Senate, 150 to the U.S. House of Representatives, 16 governors, and nearly 1,100 women to state and local office. A recipient of Planned Parenthood Federation of America’s Margaret Sanger Award, she has been named one of the most influential women in America by Vanity Fair, one of Glamour magazine’s Women of the Year, one of Ladies’ Home Journal’s 100 Most Important Women in America, and one of Time magazine’s 50 Women Who Made American Political History. In 2014, Malcolm was inducted into the Hall of Fame of the American Association of Political Consultants. Malcolm is the author of When Women Win: EMILY’s List and the Rise of Women in American Politics. She holds an MBA from George Washington University.

Viet Thanh Nguyen — University Professor of English, American Studies and Ethnicity and Comparative Literature and Aerol Arnold Chair of English at the University of Southern California

Nguyen’s novel The Sympathizer is a New York Times best seller and won the Pulitzer Prize for Fiction. Other honors include the Dayton Literary Peace Prize, the Edgar Award for Best First Novel from the Mystery Writers of America, the Andrew Carnegie Medal for Excellence in Fiction from the American Library Association, the First Novel Prize from the Center for Fiction, a Gold Medal in First Fiction from the California Book Awards, and the Asian/Pacific American Literature Award from the Asian/Pacific American Librarian Association. His book Nothing Ever Dies: Vietnam and the Memory of War was a finalist for the National Book Award in nonfiction and the National Book Critics Circle Award in General Nonfiction. Most recently, he has been the recipient of fellowships from the Guggenheim and MacArthur Foundations, and le Prix du meilleur livre étranger (Best Foreign Book in France) for The Sympathizer. He is a contributing opinion writer for the New York Times and the editor of The Displaced: Refugee Writers on Refugee Lives. Nguyen launched the 2018–2019 Living Writers series at Colgate, reading from The Refugees, which was the required summer read for Colgate’s Class of 2022.

Pak is an accomplished intelligence professional specializing in East Asia political and security issues, and has won numerous awards for timely and actionable analysis that she provided for the president, Congress, military and senior officials, and other policymakers in her role as a senior analyst at the Central Intelligence Agency. From 2014 to 2016, Pak served as a deputy national intelligence officer at the National Intelligence Council in the Office of the Director of National Intelligence (DNI). In that role, Pak led the U.S. intelligence community’s (IC) production of strategic analysis on Korean Peninsula issues, represented the IC in White House policy meetings, provided direct analytic support to the National Security Council, and advised the DNI and his senior staff on key developments and emerging issues. Pak served as a member of the Colgate University Board of Trustees from 2009 to 2015. Prior to her work in national security, Pak taught history at Hunter College and studied in South Korea as a Fulbright Scholar. She received her PhD in U.S. history from Columbia University.