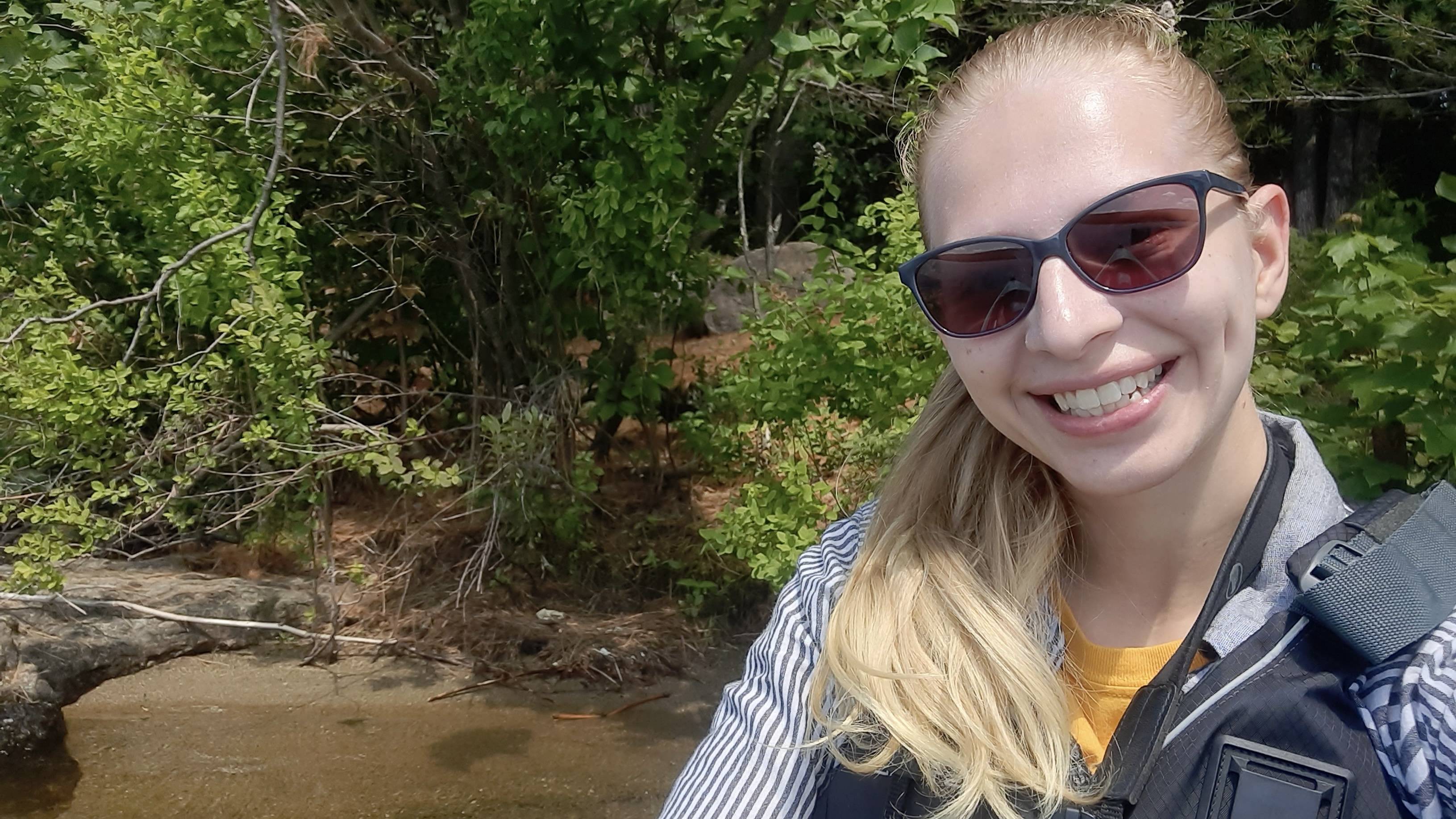 Tessa next to a loon nest after it had successfully hatched

Common loons are an endangered species of water bird that frequently nests in the Adirondacks. In the state of New York, loons are of special conservation interest because they are an indicator species for heavy metals, meaning that the levels of heavy metals in a body of water can actually be estimated just by looking at the success or failure of the loons nesting there.

One of the main reasons that loons are endangered is because of their physical composition. Over time, loons’ bodies have become so specialized for swimming and diving that, once they reach adulthood, they are physically unable to walk on land. For this reason, loons must build their nests directly on the shoreline, where they are exposed to flooding as well as increased predation from other birds and mammals.

In order to help mitigate these nesting threats in the future, I worked with ACLC’s Nest Raft Program to collect data on various loon nests in the Adirondacks. In this program, the ACLC uses data to identify which pairs of loons would most benefit from the addition of a conservation device called a nest raft. These rafts, covered to prevent eagle predation, are floating platforms that rise and fall with the water to mitigate flooding risks. Loons often select small islands, where mammalian predation is less prevalent, to build their nests, so hopefully a nest raft (anchored in an area protected from high waves) will provide perfect real estate for them to build their nests in the future.

For this research, I regularly kayaked on six lakes, observing eight loon pairs for their nesting successes and failures. Once I collected all my data, I entered it into the ACLC’s extensive database so that it may be used for future initiatives and research. In the end, my data revealed that, out of those eight pairs of loons, only half ever built nests, and half of those nests failed due to flooding. Additionally, only two pairs, 25% of my sample, successfully hatched chicks from their nests — one chick per nest.

As my first foray into biological field work, this was the opportunity of a lifetime, and that’s to say nothing of the additional chances I had to participate in rescues and banding efforts. During the course of my research, I gained invaluable hands-on experience and strengthened my passion for conservation. In the future, my goal is to continue the work I started this summer: preserving species that are integral to both the environment and the people who live alongside them.