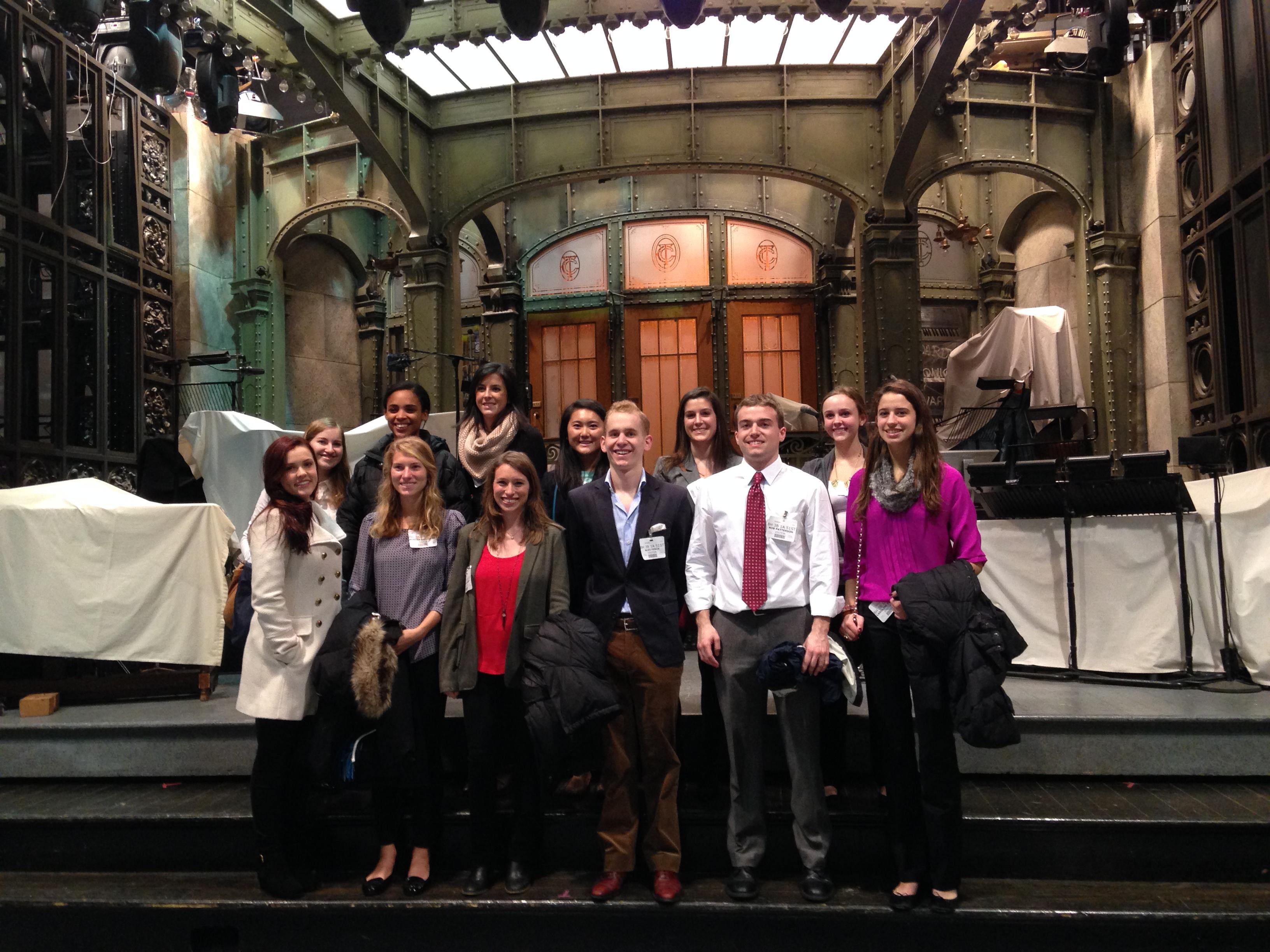 Colgate students visit the set of Saturday Night Live as part of a recent immersion trip to NYC. Colgate students visit the set of Saturday Night Live as part of a recent immersion trip to NYC.

On a recent day in New York City, a dozen students from the on-campus Colgate Entertainment Group met Colgate alumni and toured such locations as Viacom and NBC Universal.

The trip was organized by the alumni Colgate Entertainment Group and the on-campus CEG. The alumni group is part of Colgate’s growing Professional Networks created to continue career connections long after graduation. Its success has helped serve as a model for other new groups in the network.

“Colgate students are moving to New York City to break into the entertainment industry at increasing rates. While Los Angeles is still an incredibly active city in the industry, and our Colgate Entertainment Group out there is stronger than ever, the entertainment epicenter is trending back east,” said Tim McEvoy ’13, assistant director of alumni relations. “Our alumni are expanding the professional network to meet that demand.”

At NBC Universal the students toured the sets of NBC Nightly News with Brian Williams and the Today show, and stopped for a visit to the set of Saturday Night Live. They also visited Viacom, MTV, Part2pictures, and Prosek, a public relations firm.

Students took part in a presentation about obtaining internships at NBC Universal. While students met alumni throughout the day, they got to interact with others at a reception in the evening.

Carlie Lindower ’14, of Connecticut, who is studying theater and has a minor in film and media studies, said she enjoyed meeting alumni working in the entertainment industry.

Jacqueline King-Howell, one of the CEG event organizers, is an actress living in New York City. She studied sociology and anthropology at Colgate, and worked for a financial firm and then for Vibe magazine before she began pursuing a career in acting.

This was the first time students as a campus group went on tours in New York City to learn about the entertainment industry, said Morgan Giordano ’14, a co-president of the Colgate Entertainment Group and an English major from Bernardsville, N.J.

“I think the best experience for the group was going to the set of SNL,” she said. “People next to me were saying, ‘Oh my god.’ People were gasping. That was a great experience. So many people here want to be working on late night television, so this was interesting for them.”