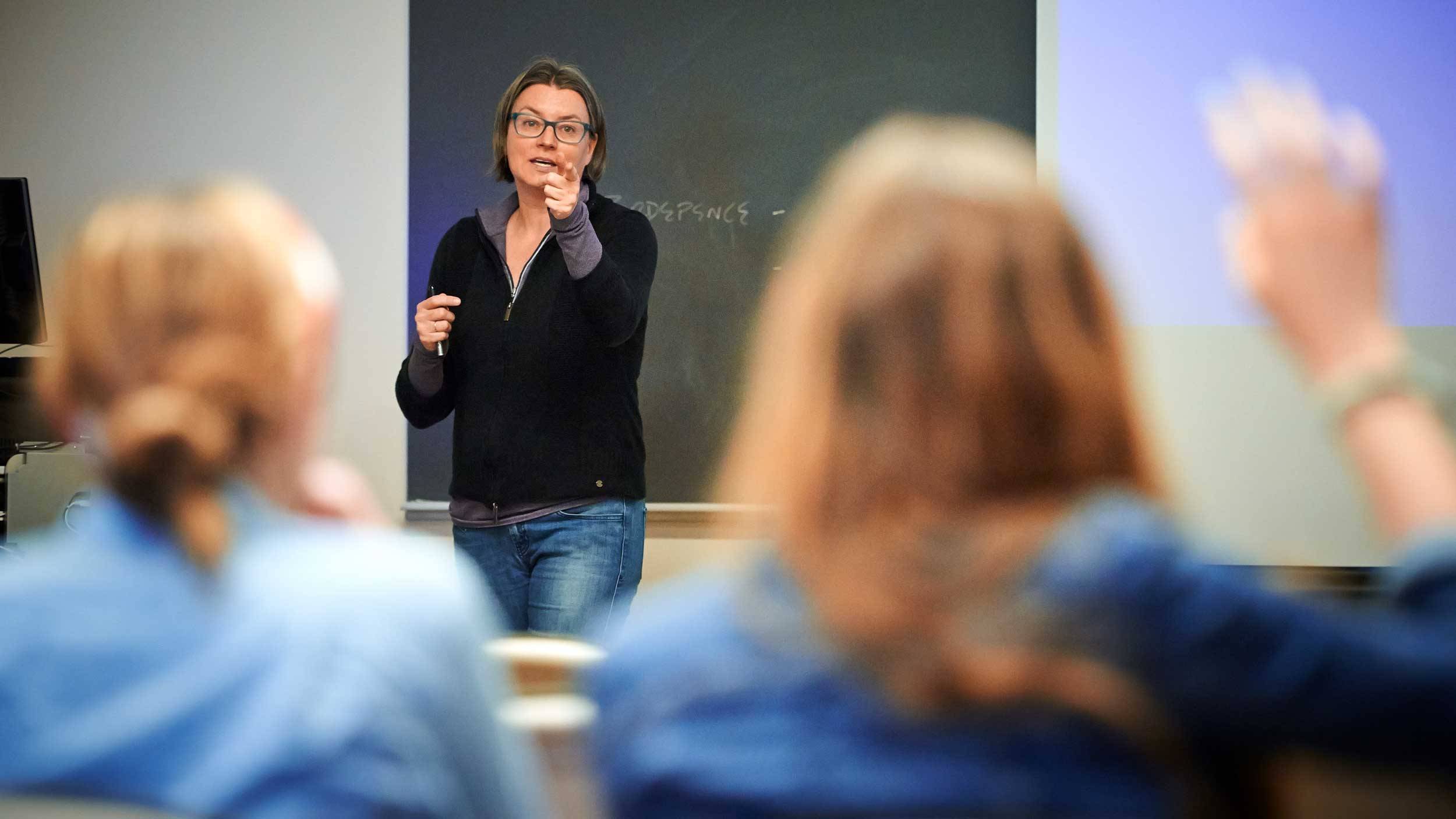 New research authored by a Colgate professor and her student paints a bleak picture of the democratic future of Rwanda.

The work of Associate Professor of Peace and Conflict Studies Susan Thomson and Madeline Hopper ’18, recently published by the Institute of African Studies journal NoKoKo, shows that Rwandan leader Paul Kagame and his Rwandan Patriotic Front (RPF) use the very tools of democracy to exclude those who question or criticize the government.

“The goal is simple: To assure the RPF’s preeminence in the political, economic, and military spheres of public life as the foundation for securing the country’s stability and security,” the journal article reads. “This security and stability is largely a mirage...”

Hopper and Thomson say that their work shows the RPF is dedicated to a facade of democratic elections, but the international community is now becoming more aware of its authoritarian electoral practices. Meanwhile, multiparty politics have, in reality, disappeared from the country, and Hopper said conditions are ripe for further deterioration.

“The system that has been created by this government could actually create the possibility for mass violence in the potential transition of power in the future,” Hopper said.

Hopper said she started to work with Thomson as a result of taking three classes with her: Core Rwanda; International Human Rights Advocacy; and a senior research seminar in her major of peace and conflict studies.

“Working with Professor Thomson on this article provided me the opportunity to see a new perspective on the reality of individuals living in Rwanda, as opposed to the government narrative and what they want the world to believe,” Hopper said. “Professor Thomson isn’t afraid to speak the truth and critique the government in a way that not a lot of scholars do.”

Thomson said working with Hopper deepened her understanding of the research process from the perspective of students.

“Mentoring Madeline through the process of developing our paper and getting it published reinforced for me the importance of collaboration. We bounced around ideas, shared sources and really worked together, over multiple drafts, to publish together,” Thomson said. “Working with Madeline gave me new ways to think about teaching students to identify and analyze a range of sources, and to turn this raw data into a coherent argument.”