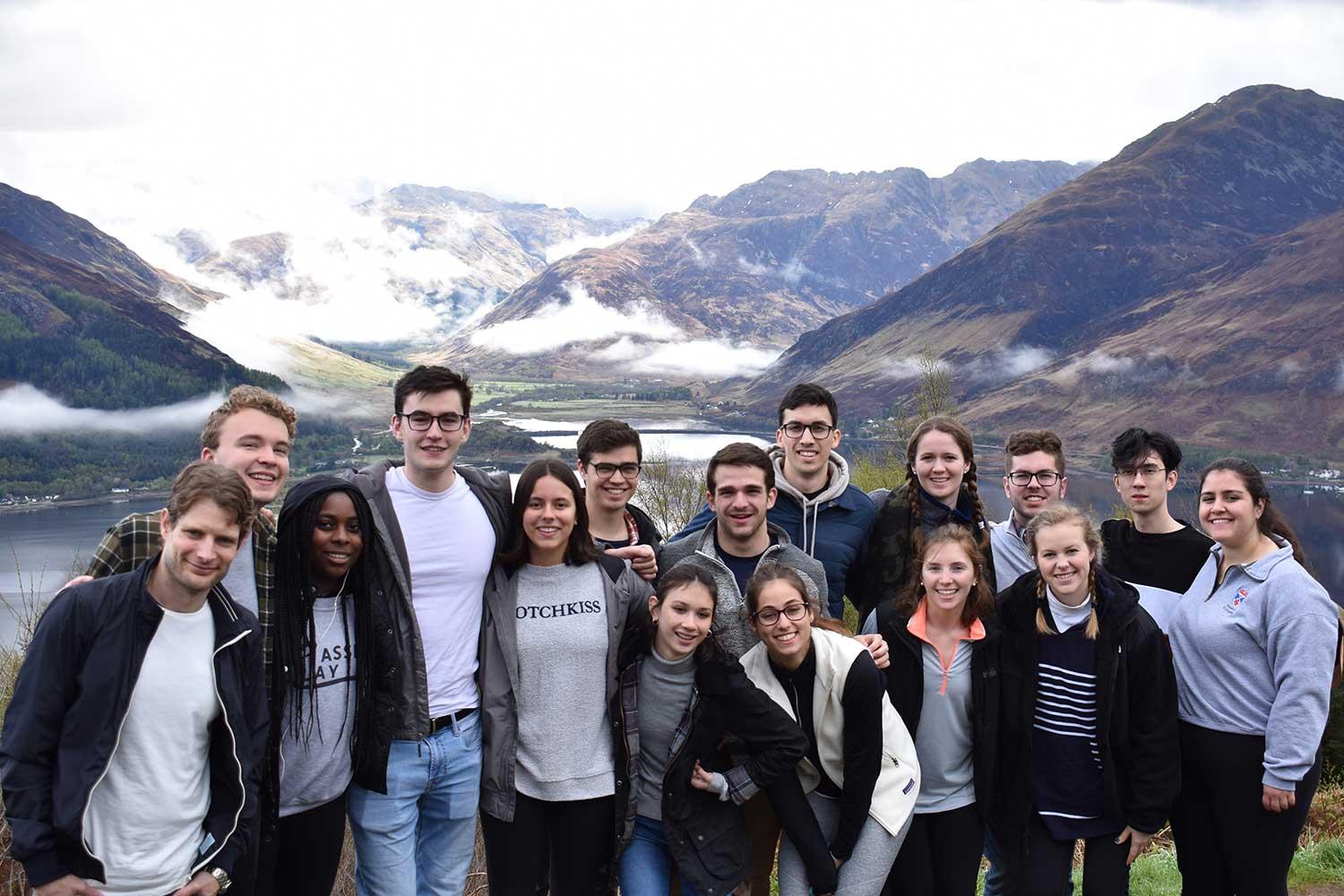 “How we acquire our moral beliefs is one question. What makes them true, if they are true, is another.” For Associate Professor of Philosophy Jacob Klein, these difficult questions are at the core of the liberal arts education.

“[The liberal arts tradition] conceives of education as a kind of liberation — not from any particular persons or political system, but from uncritical belief in the cultural norms and assumptions that are projected all around us,” said Professor Klein, who is currently leading the Philosophy Study Group in St. Andrews, Scotland.

Growing up in Springfield, Ill., Klein has always been an avid reader. He remembers reading Dante’s Divine Comedy over spring break his freshman year — yes, he read the whole thing in one week — for extra credit. “I have to thank both my parents and my teachers at Hillsdale College [in Michigan], for my reading habits,” he said.

Klein then moved on to Cornell University, where he studied ancient philosophy. “I saw ancient philosophy as the best way to combine my interests in literature and languages,” said Klein. “It gave me the chance to continue studying ancient Greek, which I love.”

In 2012, Klein’s interest in ancient philosophy led him to Berlin, Germany, with a Fulbright award to do research for two scholarly articles on Stoic ethics. One of the articles yielded from his research in Berlin is “The Stoic Argument from Oikeiôsis,” which was selected as one of the 10 best philosophy papers of 2016 by The Philosopher’s Annual.

In the paper, Klein interprets oikeiōsis — a Greek term translated as “appropriation” — based on three ancient, partially extant works of Stoic ethics. While these texts thoroughly described oikeiōsis in terms of animal instincts and behaviors, modern thinkers have been left to their own interpretations and scholarship to bridge gaps in these accounts and to understand their relevance to Stoic conclusions about human nature.

“The liberal arts tradition conceives of education as a kind of liberation — not from any particular persons or political system, but from uncritical belief in the cultural norms and assumptions that are projected all around us.”

Klein asks how the Stoics’ ethical claims about human life could follow from discussions of animal behavior. “On the face of it, an appeal to animal behavior does not offer a compelling strategy for establishing fundamental ethical conclusions,” he writes in the paper.

Klein reconstructs the Stoic accounts of oikeiōsis to argue that both survival for animals and virtue in humans depend on self-perception and cognition. “The Stoic account of the soul as a capacity for perception ensures that the faculties that control and explain the motivations of nonrational animals are parallel in basic respects to the human case,” says Klein.

In other words, if a field mouse shrinks from the shadow of a hawk, it is, in the Stoic sense of oikeiōsis, acting in ways that are encoded in the constitution that nature gave it. Mice in general hide from hawks, and this mouse grasps, through its perception of its own faculties, that this behavior is appropriate (oikeion).

Just so, the Stoics would argue, when a human acts virtuously, she does so because she understands — through a more sophisticated form of self-perception — what is appropriate for human beings, and for herself in particular. This is oikeiōsis, according to Klein. Partly because of its prominence in Cicero, the Stoic theory eventually influenced modern philosophical notions of duty and right action.

Within the philosophical community, Klein’s paper presents a new take on oikeiōsis, which has long been a debated topic due to a paucity of textual evidence. Commentators before Klein acknowledged that oikeiōsis is an important concept in Stoic ethical theory, but could not explain how the Stoics related the term to the human good.

For the editors of The Philosopher’s Annual, Klein’s paper and the nine other selections “represent some of the most exciting recent contributions to contemporary philosophy, and many will undoubtedly shape the dialogue for years to come.”

“Education can lead us up and out of our prejudices. That’s an idealistic view of education, I know, but I don’t mind idealism. It’s why I like both Plato and college students.”

Another enduring philosophical question for Klein is the problem of consciousness.

“The presence of consciousness provides, to my mind, some of the strongest philosophical pressures in favor of theism,” said Klein. “But theists face another difficulty that can seem insoluble, at least if they also believe that God is good: the problem of why God allows suffering.”

Klein explores the problem of consciousness and the idea of an omnipotent and omnibenevolent God in his Introduction to Philosophical Problems course, which is one of his favorites to teach. “Ancient Philosophy is a challenging course to teach, but it’s probably the most rewarding, he added.

In all of his courses, Klein encourages his students to question their assumptions and beliefs.

“[Education] can lead us up and out of our prejudices,” Klein said. “That’s an idealistic view of education, I know, but I don’t mind idealism. It’s why I like both Plato and college students.”