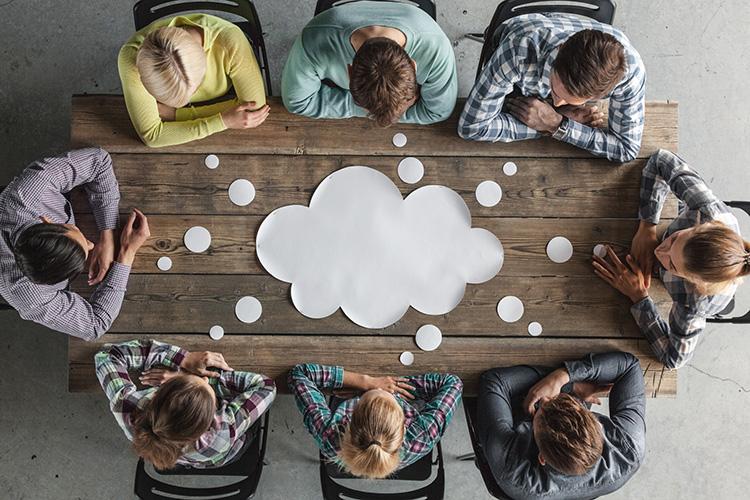 Spot the difference: A group of people or people in a group? While these phrases might seem interchangeable at first glance, recent research by Erin Cooley, assistant professor of psychology, shows that humans interpret these similar statements in unexpected ways.

Cooley’s research investigates the topic of mind perception — the idea that we can ascribe mental capacities to others. She sought to discover whether people perceive a “mind” differently in groups of people — a country, for example — than in individuals. Her paper, titled “The Paradox of Group Mind: ‘People in a Group’ Have More Mind Than ‘a Group of People,’” was published in the Journal of Experimental Psychology: General this past spring.

Intuitively, groups should be perceived as having lots of minds — after all, they comprise many individuals. The results of Cooley’s first study, however, support the opposite; overall, people perceive groups — such as companies or sports teams — as having less mind than an individual.

In a second study, Cooley found that slight shifts in the way a group is described can significantly affect how that group is perceived. The results show that shifting the statement from “a group of people” to “people in a group” led people to perceive groups as having as much “mind” as an individual.

“Our interpretation of these findings is that people start seeing the humanity of groups when the focus is placed on the people within the group rather than the group as a unified whole,” Cooley explained.

For Berger’s senior thesis project, she and Cooley discovered that, by affecting “mind” perception, linguistic shifts also affect whether people feel compassion for a suffering group. “For instance, ‘people in a company’ who suffered bankruptcy were not only perceived as having more mind than ‘a company of people,’ but they also elicited much more sympathy,” Cooley said.

Beyond the lab, the findings have several real-world applications, including the perception of governing bodies in the media and an individual’s willingness to donate to charities that aid suffering groups. In future research, Cooley hopes to investigate how individuals make moral decisions involving groups.

“I’m interested in how people make decisions that harm groups,” Cooley said. “For instance, would people think it is more ethical to attack ‘North Korea’ or ‘the people of North Korea’? Our findings suggest that word choice is not arbitrary; instead, it can affect whether we sympathize with those who are suffering or ignore their plight altogether.”