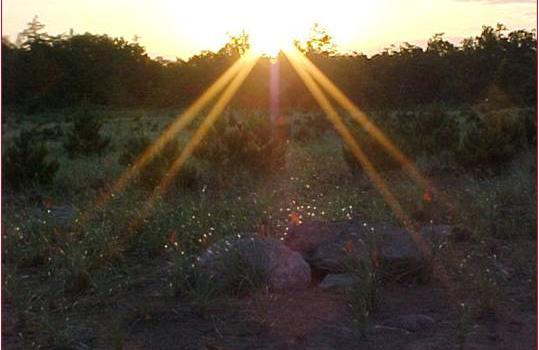 Using the night sky to explain the culture of different societies is a practice familiar to Professor Anthony Aveni. In early December, the distinguished astronomy and anthropology professor co-hosted a symposium intended to spark a dialogue about Native American sacred sites and exploring their connections to cosmic events.

Tribal elders came from Connecticut, Massachusetts, Rhode Island, and Canada. The oral tradition of using the night sky to tell stories allowed them to explain to attendees why their landscapes matter to their cultures. Typically at these sites, stones aligned with constellations and stars in the sky allow them to track seasons, harvest patterns, and sunrise and sunset throughout the calendar year.

They discussed specific sites including Black Plain Hill in Rhode Island and Fort Drum in New York. The symposium brought together Native Americans, government officials, and Colgate community members hoping to identify the value of these locations for preservation purposes.

Aveni noted that for these Native American tribes, “the sky is your storyboard — the opportunity to tell your community’s stories and explain your way of life.”

Joseph Eakin, who runs the visualization lab, introduced the tribal representatives to the revolutionary technology that allowed them to see the sky and its constellations on any day and at any time for their landscapes. He navigated the sky in the dome as they told their stories.

Regional officials responsible for site preservation on behalf of the government also discussed the features of ceremonial landscapes, how to identify them in their regional context, and how to effectively preserve these sites in the Northeast.

The desire for future collaboration is apparent. As Rush and Aveni noted to Doug Harris, deputy historic preservation officer of the Narragansett Nation, “our dome is yours.”