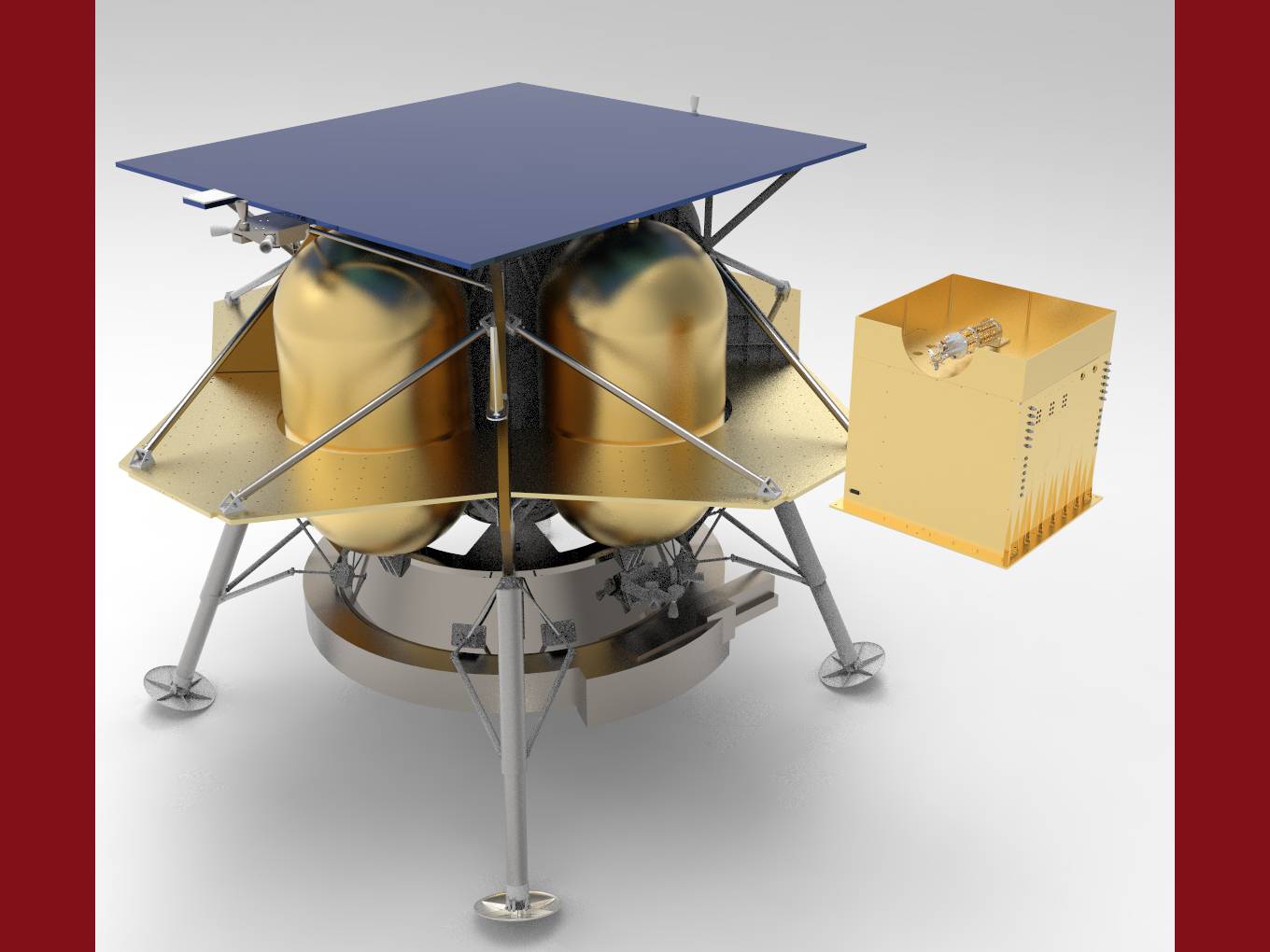 By: Elizabeth Preston
Department of Physics and Astronomy
Share

The device that Associate Professor of Physics Jonathan Levine is helping to build doesn’t reside down the hall from his office, or in the same state. It’s about 1,700 miles away. But he and his colleagues hope that one day, their project won’t even share their planet. They hope the instrument will travel on a mission to the moon or Mars, where it could help answer questions about the history of the solar system.

The tabletop-sized prototype, called CODEX (short for Chemistry, Organics, and Dating EXperiment), sits in the Boulder, Colo., office of the Southwest Research Institute. It uses a stack of lasers and a miniature mass spectrometer to measure the ages of rocks. From his lab at Colgate, Levine and the students working with him help parse the data from CODEX — about a gigabyte per experiment.

Dating rocks isn’t simple. The traditional method in Earth laboratories requires room-sized machines and several weeks of work, Levine says. But to go to space, the instrument needs to be small. And it needs to run on its own, without human help. “You can’t send a postdoc or a graduate student to the moon for six weeks,” he says.

For now, though, a person has to put a rock into the machine. Next, the lasers shine short pulses of light onto the rock (“I hate to use the word ‘zap,’” Levine says), sending atoms flying off. The lasers are tuned to the precise colors of light that will interact only with the elements that interest the researchers. As atoms of those elements zip back and forth across the instrument, their speed tells researchers their mass.

“Then we’re basically counting atoms,” Levine says, which can give them the rock’s age.

For example, sometimes they look at atoms of rubidium and strontium. Radioactive rubidium atoms decay over time into strontium atoms. Measuring how much rubidium has turned into strontium can tell scientists how long a rock has been around. The CODEX team used this method back in 2015, when they first used their prototype instrument to date a piece of another planet — a meteorite from Mars.

In the years since, they’ve added another trick to CODEX’s repertoire. In a recent paper in the journal Earth and Space Science, Levine and his colleagues showed that they can also use their prototype device to measure two lead isotopes, which come from the decay of uranium. They tested this method on some rocks from Earth, Mars, and the moon.

Looking at two sets of isotopes within one rock — lead as well as rubidium and strontium — can give scientists more details about that rock’s biography, Levine says. Sometimes the two sets of isotopes seem paradoxically to correspond to different ages. This might reflect different events that happened as the rock formed, Levine says. For example, maybe a volcano spat it out three billion years ago; a billion years later, maybe it spent a long time sitting in a stream bed. With this method, “You can put together a more nuanced picture of the history of the rock, of the location, or of the planet,” Levine says.

Piecing together those histories could help answer some of the biggest questions in planetary science, Levine says. For example, scientists know Mars once held liquid water. Sometime long ago, its climate experienced a catastrophic change, and it became the dry red planet we know today. But researchers don’t know what caused that change, or how long it took. Finding the ages of different types of rocks on the planet is a step toward figuring that out, Levine says. “Until we know the answer to the ‘when’ questions, it’ll be hard to address the ‘how’ questions.”

The history of CODEX itself dates back to 2003, when Southwest Research Institute scientists began leading its development. Levine joined the team in 2013. Making the machine as small and as capable as the researchers want has been an incremental process, Levine says. For example, when the mass spectrometer — the racetrack for the atoms — gets smaller, the atoms cross the metaphorical finish line closer together. That means the instrument needs a more precise clock to time them. “When you build something yourself, it doesn’t come with a manual,” Levine says.

More than miniaturization or malfunctioning lasers, though, Levine says the biggest impediment to the team’s progress has been the COVID-19 pandemic.

“It is really ironic, because the whole instrument is built to be operated remotely,” he says. But he’s found that Zoom meetings are no replacement for the power of putting creative minds in one room together. “One of the big breakthroughs that we had in the last two years or so happened because we finally asked the right question, at the right table, in the right Indian restaurant,” he says.

Levine is eager to get back to Colorado so he can do some science in person and see the team’s progress speed up again. When they go to dinner, he says, “I know exactly what table to sit at.”