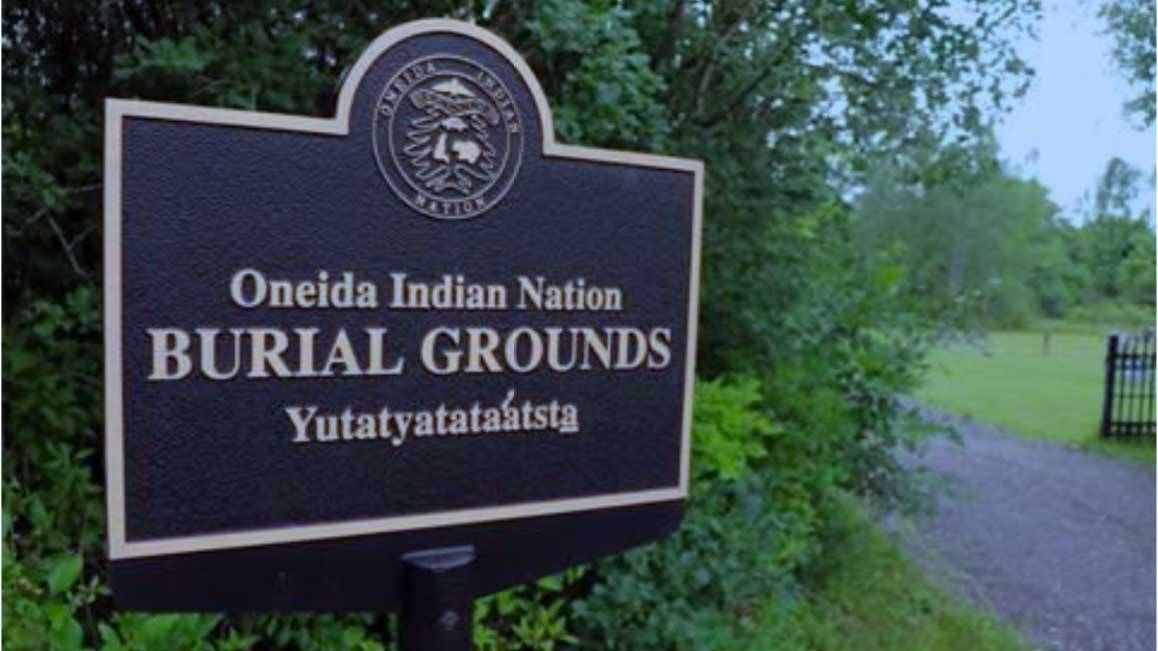 By: Daniel DeVries
Department of Sociology and Anthropology
Share

The Oneida Indian Nation and Colgate University today announced the imminent return of ancestral remains of at least six individuals. Bone fragments were found within the collection of the University’s Longyear Museum of Anthropology, where they have been held after being recovered from archaeological sites decades ago.

The repatriation follows a period of extensive research on the part of Colgate University to identify the remains as human and link them to the Nation. Officials at the University had recently discovered the remains while completing an updated inventory of the museum’s archives and notified the Nation to set the process of repatriation in motion.

“We are grateful for the return of these remains and truly appreciate Colgate University for coming forward with this discovery so that our ancestors may receive a proper reinterment at our burial grounds,” said Oneida Indian Nation Representative Ray Halbritter. “The Nation and University have enjoyed a tremendously cooperative relationship throughout the years, and we thank President Brian W. Casey and his team for working with us during this process.”

“Being part of the repatriation of bone fragments belonging to the Oneida Indian Nation is a solemn honor for Colgate,” said Casey. “The Longyear Museum of Anthropology has taken great pains to reexamine our collection and to act in accordance with national statutes governing the repatriation of remains, but this work is also part of our own ethical obligation to the Oneida people and to their ancestral lands.”

“Colgate and the Oneida Indian Nation have a special long-time working relationship,” Casey added. “I know our scholars have learned much from that continued collaboration and from the work that led to this day.”

The remains were originally recovered by avocational archaeologists working with the New York State Archaeological Association–Chenango Chapter, at various sites throughout ancestral Oneida homelands sometime during the 20th century. One of the recovery sites, located near Poolville, N.Y., is believed to have been occupied by Oneida over several millennia until colonial times, with another village site dating back to approximately 1625 to 1640.

Colgate University acquired the remains through various collections donated or purchased between 1959 and 2000, only recently discovering the items were not part of earlier repatriations made to the Nation in 1995 and 2003. With the assistance of a local bioarchaeologist and forensic anthropologist, Jordan Kerber, professor of anthropology and Native American studies and curator of archaeological collections at the museum, was able to identify 10 human remains representing at least six individuals.

The 1990 Native American Graves Protection and Repatriation Act set forth guidelines for cooperation between museums and American Indian nations to allow for the repatriation of certain American Indian human remains, funerary objects, and other sacred objects. Colgate University has operated in complete compliance of those guidelines to assist the Nation in reclaiming not only ancestral remains, but also other archaeological dig finds.

The Oneida Indian Nation and Colgate University have worked cooperatively for years in recognizing and preserving the Oneida ties to their ancestral homelands. In 1995, the Nation began working with Prof. Kerber and the University to assist with archaeological digs on Nation lands involving participants in the Nation’s summer youth program. Through the years, the digs have resulted in many archaeological objects being recovered, including pieces of pottery, trade beads, tools, and projectile points dating back to the 1600s. The University’s Native American Studies Program regularly involves the Oneida Indian Nation in events and presentations that explore not only American Indian history, but also modern day communities and issues as well.

“We look forward to continuing our strong partnership with the University to explore, teach, and preserve our Oneida heritage,” added Halbritter. “It is imperative now, more than ever, that we work together for the benefit of the generations to come.”

The remains will be returned to Oneida Indian Nation officials at a later date, when the Nation will hold a private reinterment ceremony at the Nation’s burial grounds for Oneida members to attend.