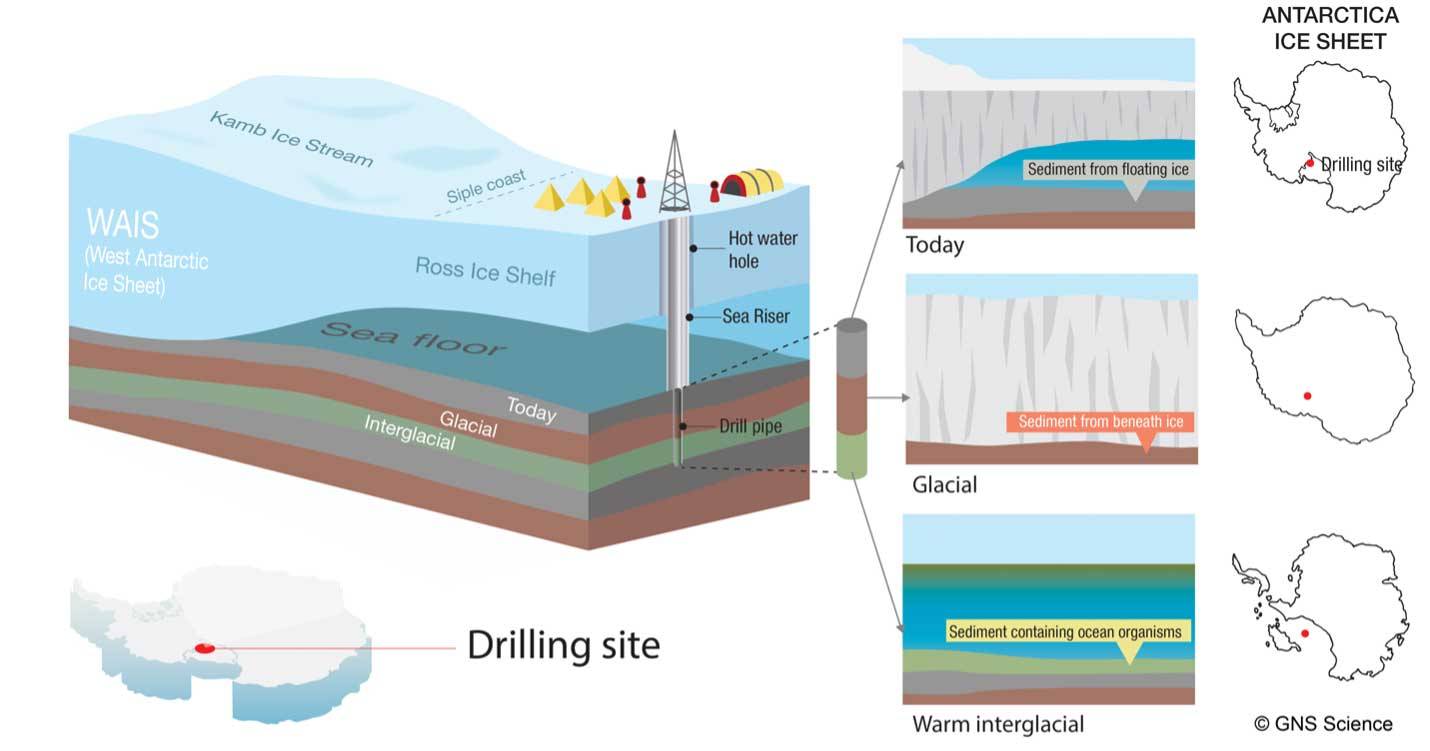 Harold Orville Whitnall Professor of Geology Amy Leventer and former geology student Molly O. Patterson ’08 are the recipients of a portion of a $3.2 million U.S. National Science Foundation (NSF) grant to support research into the geologic history of the West Antarctic Ice Sheet and how its past may help predict future Antarctic melt resulting from climate change.

The project, Sensitivity of the West Antarctic Ice Sheet 2C - SWAIS 2C, will investigate the ice sheet’s sensitivity to global warming of 2 degrees Celsius (3.6 degrees Fahrenheit), by studying how the ice behaved when global temperatures were as warm as those expected in the coming decades.

To do this, the team will drill into the ocean floor below Antarctica’s Ross Ice Shelf to collect geological samples — about 200 yards of sediment, revealing more than a million years of the Earth’s history — that may show how cutting greenhouse gas emissions could avoid catastrophic melting of the icy continent.

“This information is necessary to assess whether climate models are able to capture observed variability during warmer times in Earth’s history, prior to making any assumptions about the future,” said Patterson.

Leventer and Patterson, who earned her PhD at Victoria University of Wellington and is currently an assistant professor of geology and environmental studies at Binghamton University, are working alongside a diverse team of scientists from around the world: geologists, glaciologists, geophysicists, geochemists, and climate modelers from nine nations, including the United States, New Zealand, Germany, South Korea, Japan, Italy, the United Kingdom, Spain, and the Netherlands, with collegial ties to Columbia University, the University of Nebraska–Lincoln, Rice University, Northern Illinois University, and Central Washington University.

The geological records they retrieve could reveal if there is a tipping point in the climate system beyond which large amounts of land-based ice melts, causing oceans to rise. The West Antarctic Ice Sheet holds enough ice to raise sea levels by about 13.1 feet, a scenario that could have a big consequence for New York State coastal communities and cities.