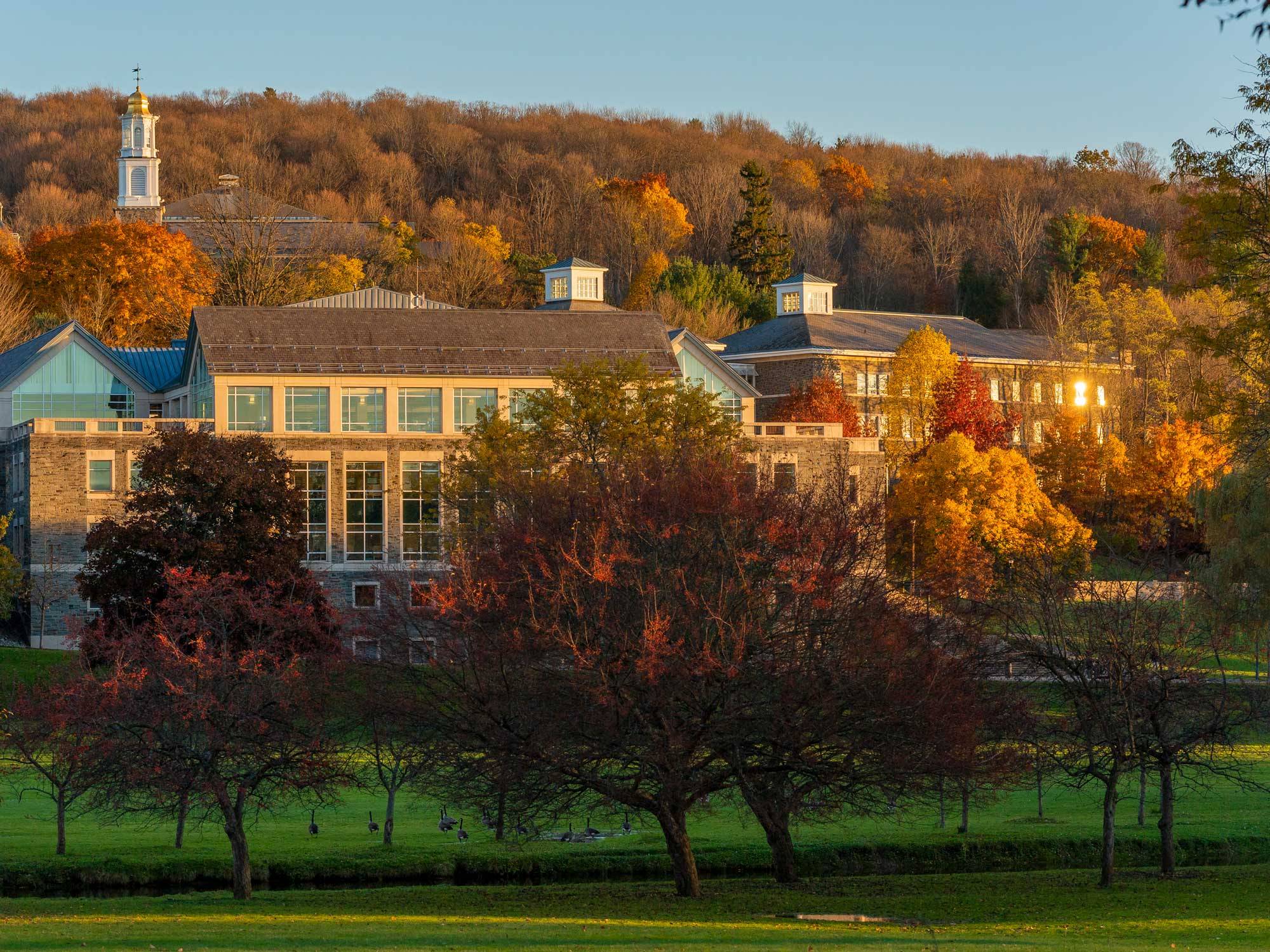 Marta Morena Vega, scholar, activist, author, professor, and Yoruba priestess, visited Colgate University, October 23–24, to deliver a pair of addresses on spirituality and on institution-building in the Americas by communities that emerged from the African Diaspora. The Latin American Student Organization (LASO) sponsored both events.

Morena Vega presented “Institution-Building in Puerto Rico and NYC” on October 24, focusing on her life’s work, which seeks to ensure a place in history for people of African descent.

As a public school teacher on the Lower East Side, Morena Vega rallied against a curriculum that did not represent Latin American or African histories. She left teaching and began working as the Director of El Museo del Barrio, a museum of the community. In this position, she had the power to create an institution that honored stories that should be heard but are so often silenced.

After encountering the power of institution building, Morena Vega dedicated her life to it. She built the Caribbean Culture Center African Diaspora Institute in 1976, focusing on the complexity of narratives and the role of colonialism in Caribbean history.

The African experience within Latin American communities —  another narrative that she felt was missing from American education — was one in which she felt personally invested. She spoke of her father’s experience as a black Puerto Rican and the racism and cultural discrimination he faced when he came to the United States.

“Understanding the story of Puerto Rico and the journey of our people to the United States also included the erasure of Asian, Native American, Haitian, Trinidadian, and Irish people that were on the island,” she said. “The story and history never included the complexity of what Puerto Rico was.”

The next step in her institution-building mission entailed working in Puerto Rico itself. After Hurricane Maria, Morena Vega partnered with community groups and organizations to found Corredor Afro. The organization works mainly in Loíza, a predominantly black part of the island that was founded by enslaved Africans. The rural location provides an opportunity to give jobs back to the community and provide educational opportunities that aren’t currently available.

Because of the hurricane destruction and fragile infrastructure in the area, it is becoming rapidly gentrified by billionaire investors buying cheap land for luxury development. Corredor Afro bought property to demonstrate the importance of owning land, and encouraged locals to invest in mortgages to keep their land and sustain the community.

The organization works with families in the area who have owned land for generations but don’t have paper documentation for their property. They brought in lawyers to ensure these families are not displaced, and they have simultaneously started to document the history of these influential families.

A mapping project is also underway to document the homes of artists, artisans, and major community players, allowing people to access artifacts and art, and encouraging communication among artists of African descent in Puerto Rico. Corredor Afro also brings in experts to complete small-business training sessions on crafts such as ceramics, silkscreen printing, coconut artisanship, and painting.

Morena Vega ended her talk by reflecting on the work of Edgardo Miranda-Rodriguez ’93, who created the superhero La Borinqueña, a black and Puerto Rican woman who has become the face of Puerto Rican reconstruction. The comic book series has garnered international attention and critical acclaim, allowing Miranda-Rodriquez to raise more than $300,000 for grassroots organizations in Puerto Rico.

When combined with her October 23 talk, “The African Diaspora and Spirituality in the Americas,” Morena Vega’s visit encouraged those in attendance to tackle their community struggles while honoring their histories and traditions in the process.

“You don't know where a project or an idea can go,” she said.