Living Writers Challenges Form as It Closes Out 2020 Series 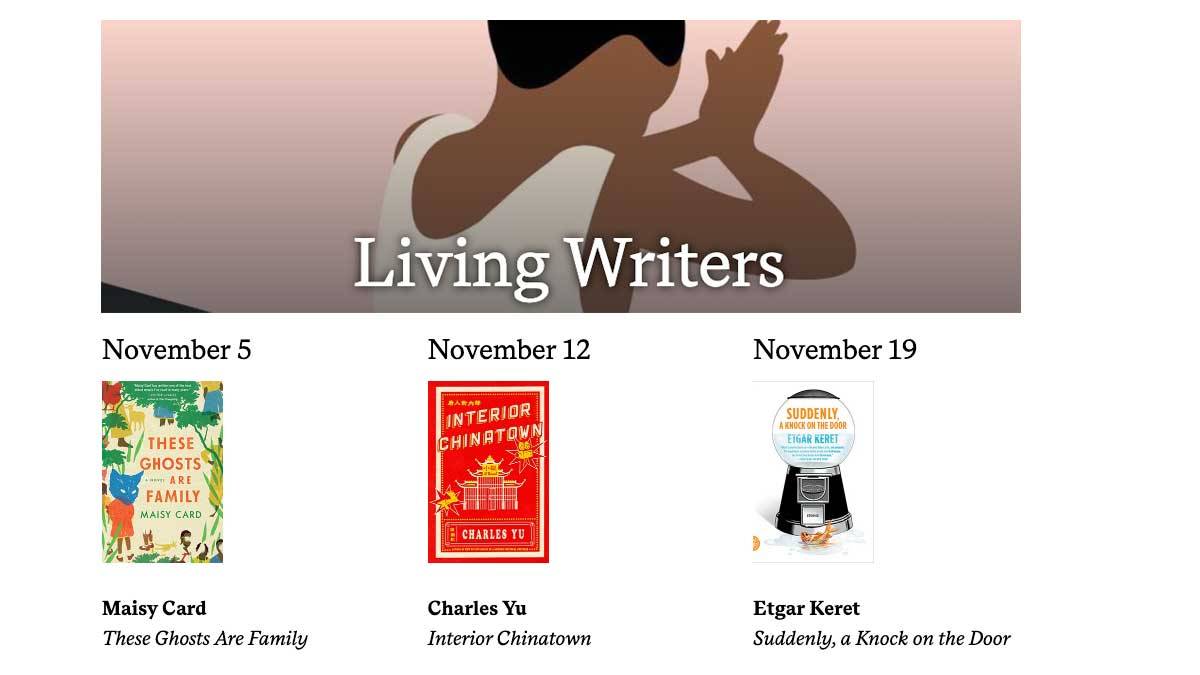 The Living Writers series concluded with three authors unafraid to play with form.

Maisy Card’s These Ghosts are Family tackles colonial legacies with chapters that can stand alone as short stories. Charles Yu wrote his novel Interior Chinatown, a commentary on the roles immigrants are forced to play and Asian-Americans’ history of subjugation in America, in the form of a screenplay. Finally, Israeli writer Etgar Keret’s Suddenly, A Knock on the Door mixes fabulism with realism in hyper-short stories that immerse readers in absurd but recognizable versions of our own lives.

To be able to say things to them and also write about the bad things these characters did that were unforgivable — and find a path to forgive them — was cathartic for me.

In These Ghosts Are Family, Card explores seven generations of a family tree, following individuals from 19th century Jamaica to modern-day New York City. She uses journal entries and police reports to inhabit the headspace of a ghost, reckon with duppies, or simply come to love characters who are abusive and unforgivable: Card’s stories are as complex as the lasting effects of intergenerational trauma.

We can coexist in one country and seem to occupy two vastly different spaces, informationally, psychologically, politically and in many other ways.

Yu’s Interior Chinatown tells the story of actor Willis Wu, “Generic Asian Man” in a Law and Order-style cop show. The Chinese restaurant below Wu’s apartment also serves as the show’s generic Chinatown backdrop, allowing for scenes that blur the lines between performance and reality, both for readers and even for Wu himself. The narrative interrogates Asian Americans’ culpability in playing into stereotypes and their oppression in a country that is conditioned to view race in simplistic terms. Just a week after his presentation, Yu won a National Book Award for this novel.

Keret rounded out the 2020 series with stories that, on the surface, strayed far from reality. They featured a goldfish who grants wishes, lies that live in another world, and a version of hell that involves being Winnie the Pooh. But in explaining the background of his life as a storyteller, Keret showed how his absurd pieces maintain an emotional heart full of truth: his mother’s experiences in the Holocaust, his own years of compulsory army service, growing up in a household suspicious of institutions, always being allowed to ask questions. Keret ended his Q&A session encouraging students not to wonder whether one will write the great American novel, but rather to cling to joy and “the journey you are taking to learn something about yourself.” 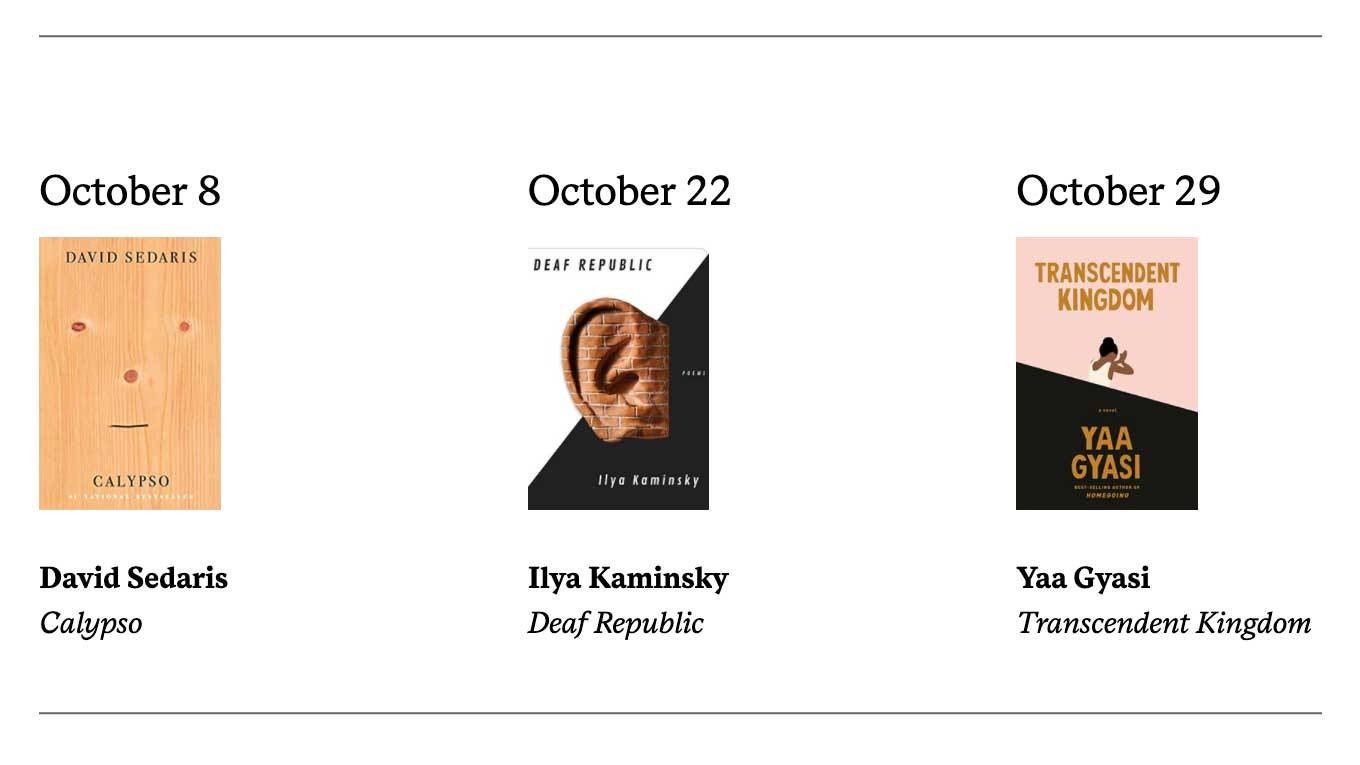 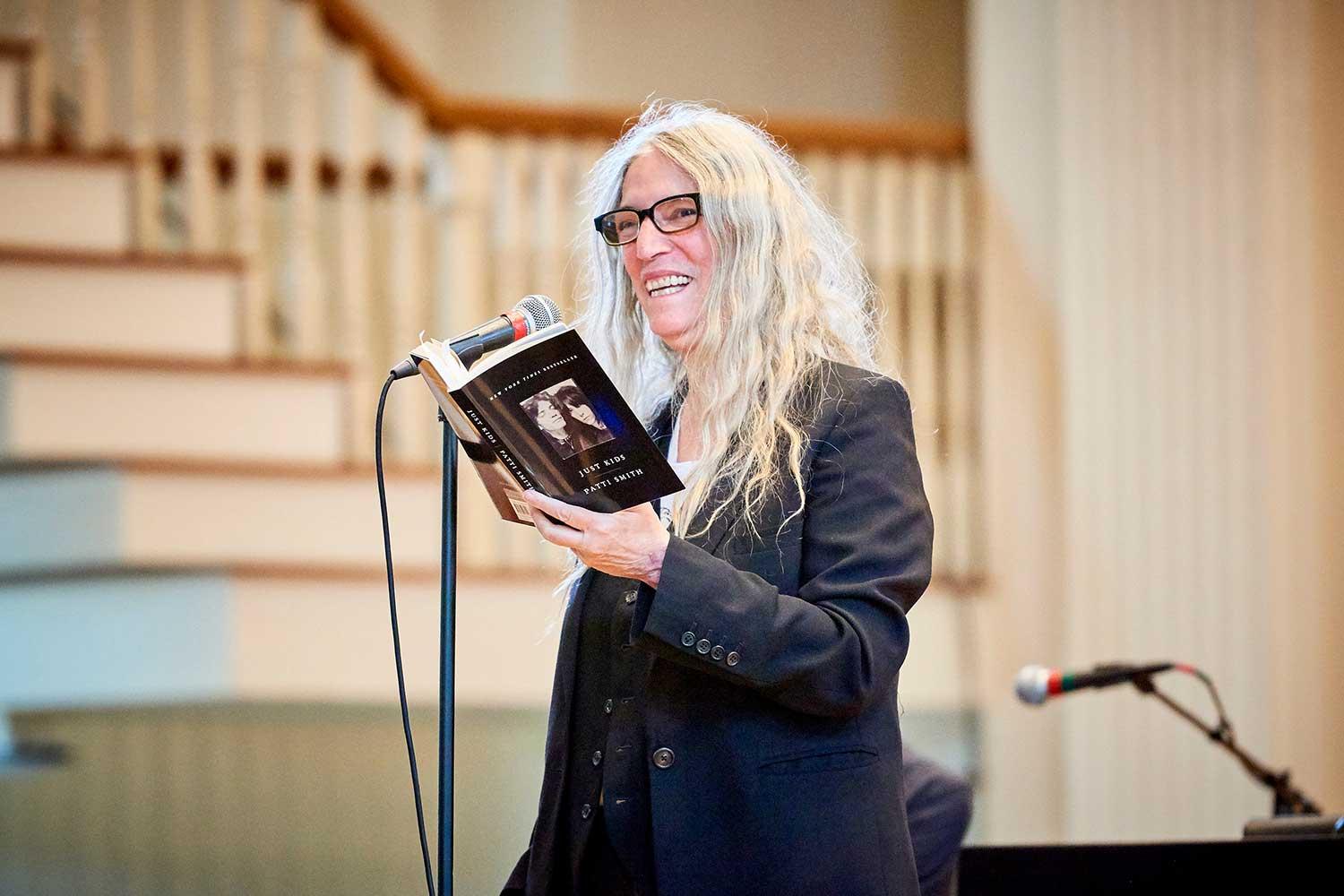 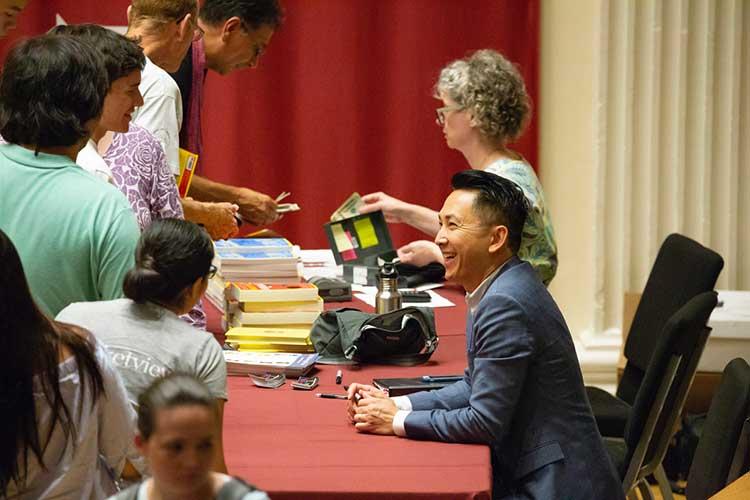