The Living Situation of LGBTQ+ Asians in the American Entertainment Industry 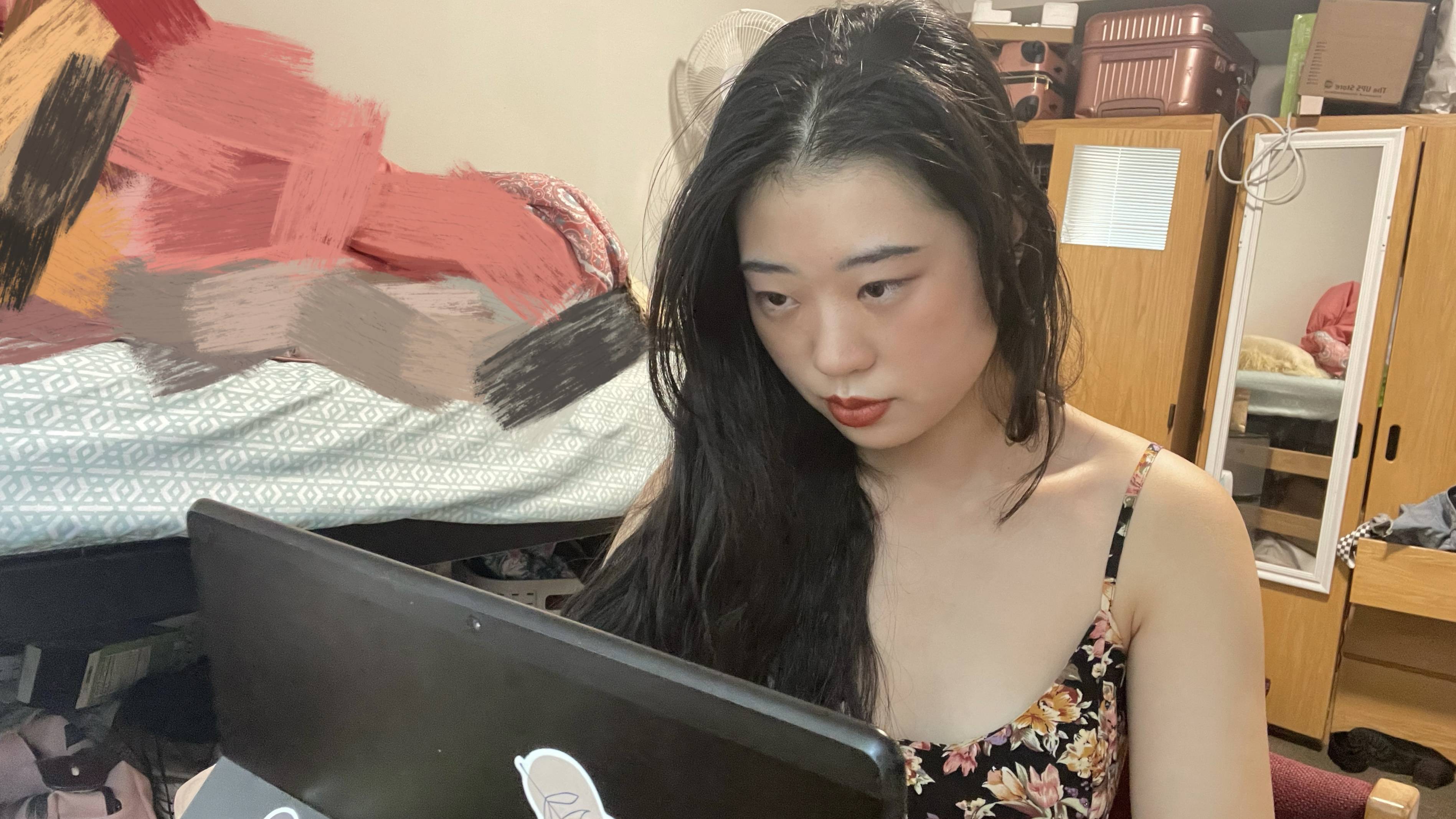 Claire Chen ’24, working on her research

During the summer, Colgate students are applying their liberal arts know-how in a variety of real-world settings, and they are keeping our community posted on their progress. Film and Media studies major Claire Chen ’24, from Changshu, China, describes her research into Asian LGBTQ+ experiences in the film industry.

For decades, stereotyping and discrimination have made it difficult for Asian individuals to attain fair representation in film and media. As a result of these barriers, Asian film workers are often given stereotypical roles and prevented from playing characters that stray from how Asian characters have been portrayed in the past. For my research project, I explore the experiences of Asians in film, specifically those of Asians in the LGBTQ+ community.

I approached this topic through two methods: reviewing existing articles about Asian LGBTQ+ film and interviewing subjects who have worked in the film industry.

According to a recent Los Angeles Times article about Asians in the American workplace, Asians are often labeled as well-educated and successful “model minorities” and are therefore often left out of diversity and inclusion plans. As a result, Asian employees are among those least likely to be promoted to a company’s management level. The situation is even harsher for foreign Asian workers, who face tremendous legal difficulties just to live and work in the United States, especially in creative industries.

Since my current research focuses on the living situations of LGBTQ+ identified Asians, I have conducted several personal interviews with individuals about their lived experiences. The information shared with me in these interviews can help me to understand the situation on a deeper level.

Just one of the individuals I have been in communication with is Chinese line production worker and playwright David Chen. During interviews, Chen explained that he views Asian representation in American films as both insufficient and stereotypical. He gave the example of the American TV show Once Upon A Time in which Mulan, a Chinese female warrior character, is written as a lesbian, thus reinforcing the stereotype of the “butch” lesbian.

Chen believes that the only solution to inaccurate representation is to put the creative rights in the hands of people with relevant experiences. A powerful example of this is Everything Everywhere All at Once, in which Asian cultures are authentic and diverse (the main character’s daughter is a lesbian).

The American film industry has a global impact, especially in countries where homosexuality is a topic censored by the government and therefore inefficiently represented in local media. Chen commented that it is oftentimes difficult for LGBTQ+ individuals in China to view a reasonable image of their sexual identity through American films.

“When they can only watch films of two well-built white men rolling around in bed, they start to believe that only white and physically appealing people are ‘qualified’ to be queer,” Chen says.

One additional discovery that I made in my research is that, when it comes to LGBTQ+ identified Asian representation, male representation is often prioritized over female. Thus far, all of the academic research papers I have read surrounding the topic have been centered around male queer Asians.

Throughout the rest of the research period, I will continue reaching out to knowledgeable interviewees to hear their stories and learn their valuable insights.