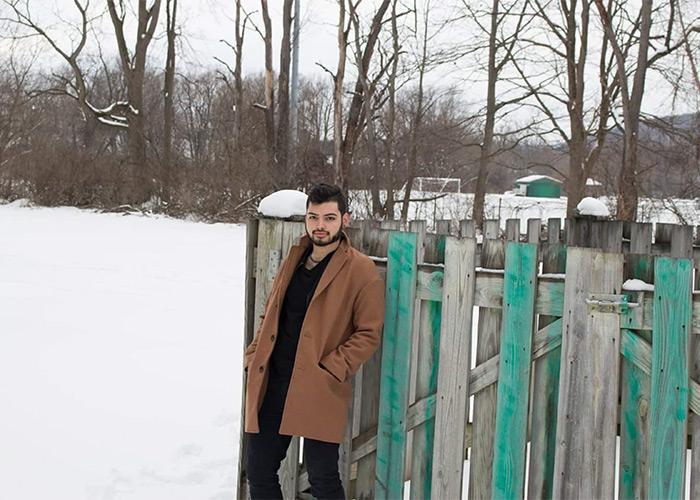 Kevin Iglesias ’17, of Silver Spring, Md., has been awarded a Fulbright research grant to travel to Brazil to study public health.

Iglesias, a peace and conflict studies major, will conduct research in the city of Salvador, Bahia, on the relationship between black/Afro-Brazilian LGBT identities and ethnic forms of traditional healing in Afro-Matrix Religions (AMR). While there exists separate research on Afro-Brazilian identities, LGBT identities, Afro-Matrix religions, and public health, Iglesias’s project puts all of these into conversation with each other in a novel way.

He aims both to shed light on the lived realities of overlapping identities and also to understand the sense of empowerment that comes from the holistic health attitudes found within AMR communities.

“Candomble, which as a religion is wholly absorbed into everyday Brazilian life, has been a space where LGBTQ people are embraced,” Iglesias said. “For example, there are aspects of the religion that recognize that a male or female spirit can inhabit the body of an opposite gender. So being queer, or being gay is accepted.

As a junior, Iglesias spent a semester in Salvador, Bahia, where he laid the foundation of this Fulbright project. During that semester, he conducted interviews with members of the LGBT community and people who provide public health services to that community. He was intrigued by the ways in which trans people often rely on alternative medicine through AMR communities in light of the reality that they are often excluded from the public health system.

On campus, Iglesias is the promotional officer of the Latin American Student Organization, and a member of the Spanish Debate Society, theater, and several dance groups. He is also a first-generation college student and an OUS scholar.

“Kevin is an outstanding scholar and a deeply respected member of our Colgate community,” said Frank Frey, OUS director and professor of biology and environmental studies. “He has accomplished so much in his time at Colgate and is an inspirational mentor to younger students.  We know he will do great work in Brazil, and we are looking forward to following all of his successes.”

In addition to his research in Brazil, Iglesias plans to host open forums to discuss his findings, and also through dance – both learning various genres of Brazilian dance and teaching styles that he’s grown up with, from bachata to hip-hop, from salsa to street jazz.

“Kevin was determined to return to Brazil to expand the research he began while studying abroad, and he worked hard to design a feasible and important research proposal,” said Kim Germain, assistant dean for fellowship advising and a close adviser to all Colgate Fulbright and other fellowship applicants. “I’m thrilled that he got his wish and will spend the next academic year in Brazil as a Fulbrighter.”

The Fulbright Program is the flagship international educational exchange program sponsored by the U.S. government and is designed to increase mutual understanding between the people of the United States and the people of other countries. Recipients of Fulbright grants are selected on the basis of academic achievement as well as demonstrated leadership potential in their fields.

Learn more about
national fellowships and scholarships at Colgate.