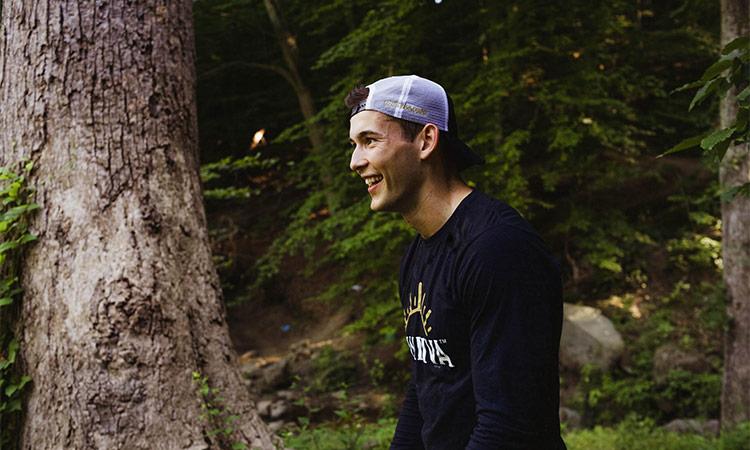 Jim DeCicco ’15 will be the second Colgate alumnus to appear this season on the popular ABC entrepreneur reality show Shark Tank, Sunday, February 11, at 10 p.m.

DeCicco and his two younger brothers will be seeking investment from the sharks for their break-out energy drink, Sunniva Super Coffee.

While at Colgate, DeCicco majored in philosophy and minored in writing. Outside the classroom, he was a member of Delta Upsilon fraternity and a captain of the university’s Division I football team. DeCicco joined with his siblings to help run their burgeoning Super Coffee business in 2016.

DeCicco said Sunniva was selected out of more than 40,000 applications sent to the sharks, and he and his brothers are excited for the opportunity, but can’t share the outcome of the episode until after it airs.

“I credit my time as a student-athlete for a lot of my success. The hours I had to put in as an athlete at such a rigorous school prepared me more than anything,” DeCicco said. “Also, learning critical thinking as part of a liberal arts education made me a more well-rounded individual. I’m not siloed in one particular discipline, and that’s how I live my life every day as an entrepreneur.”

DeCicco returned to Colgate on Thursday, February 8, to speak with current student-athletes about his experience and journey as a new entrepreneur.

Ryan Diew ’17 faced a tough audience when he stepped into the Shark Tank last year. The founder of the travel app Trippie ultimately did not receive an offer from the sharks, but the experience solidified his resolve to move forward with his business.

“Having two companies land on a TV show is pretty amazing, but so is the sheer number of successful startups that come out of this place,” Sciola said. “For a school our size, having two ventures on Shark Tank this year — and potentially others —is extraordinary.”