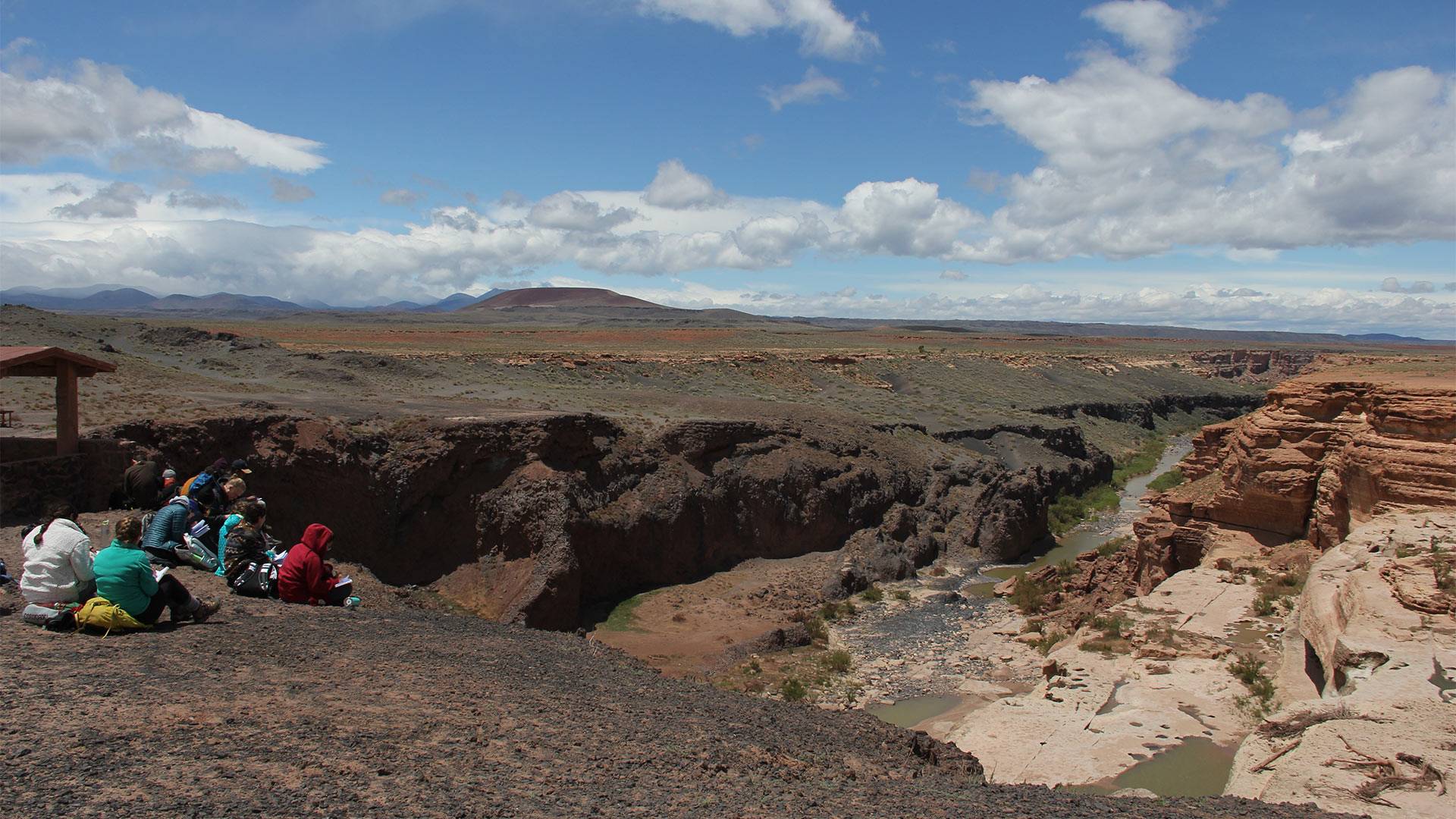 When Assistant Professor of Geology Joe Levy planned a two-and-a-half week geology road trip, he wanted to make sure the journey would help frame the Earth’s geological history in a way that would be impossible to replicate in a classroom.

“The whole focus of the trip was observation making,” Levy said, adding that the geological sites were purposefully varied, and at first glance seemingly disconnected. “I wanted students to put together the geological puzzle pieces.”

That puzzle would come together over the next 5,500 miles, from May 12 to 29, 2019, with 16 students from a variety of academic backgrounds. Because the trip had no academic major requirement, Levy said students brought a wide range of perspectives to the group.

“We had history students, geology students, physicists, astrogeophysicists, and international relations and biochemistry students. I mean, it was a real mixed bag. All of a sudden, having someone within a history background is really useful when you are somewhere talking about migration,” Levy said. “We saw about two and a half billion years of earth history over the course of two weeks.”

The group visited 11 specific sites as part of the coursework. 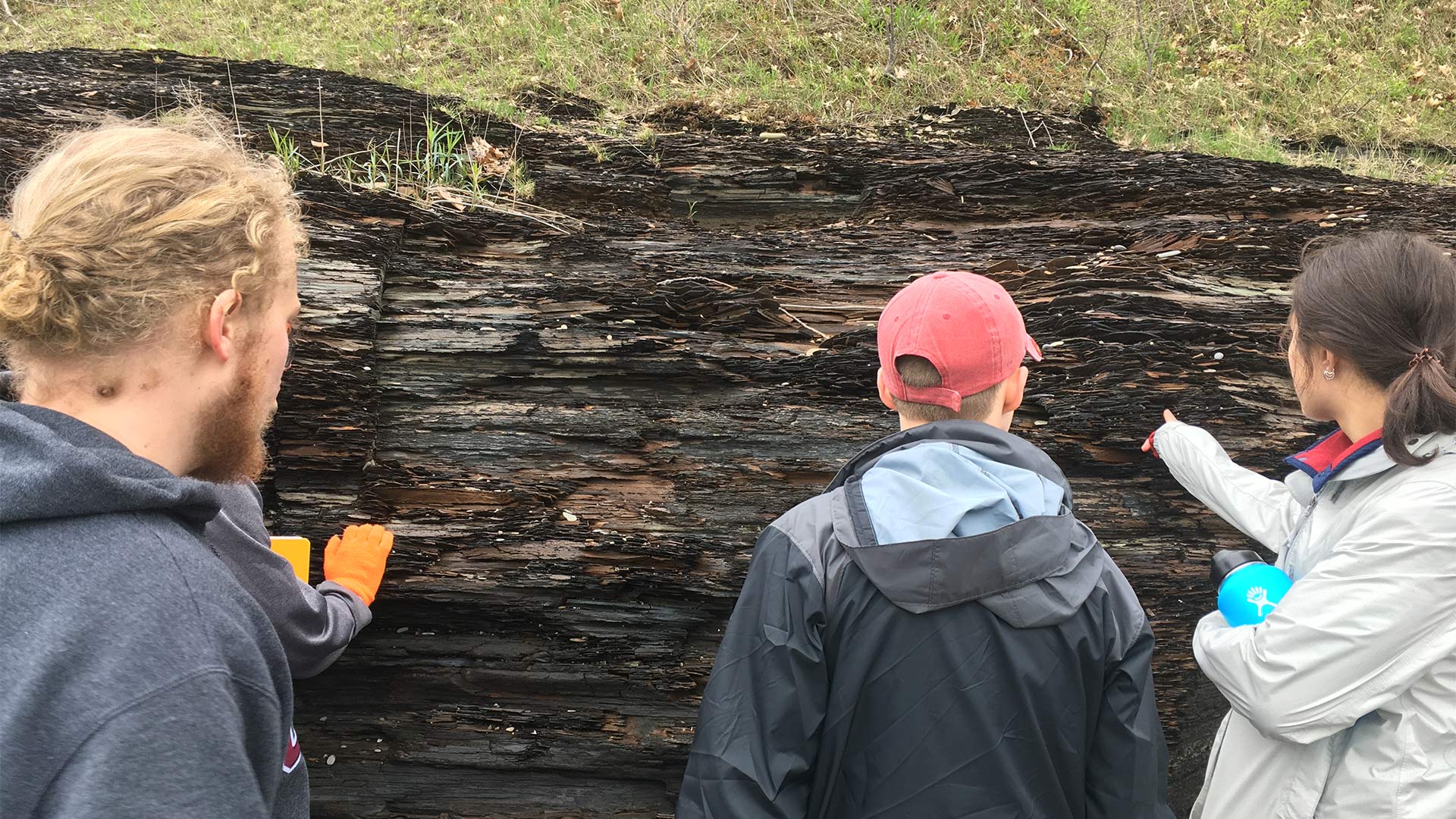 1. Lake Erie, N.Y. On the shores of Lake Erie, students examined oil shales that were formed about 350 million years ago during the Devonian mass extinction. “It was important for us to not just get into the vans and go,” Levy said. “This set the stage.” 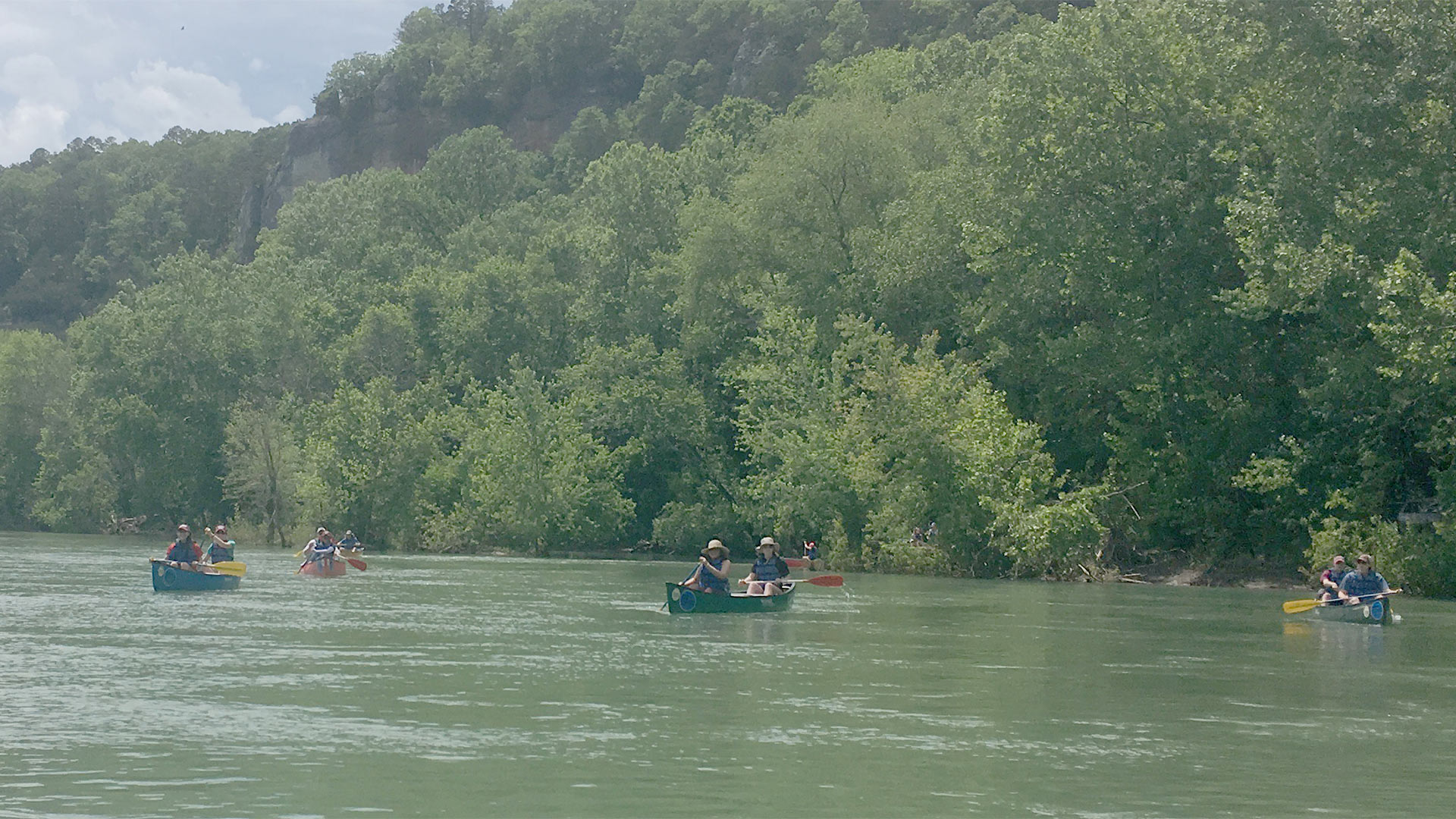 2. Buffalo National Scenic River, Northern Ark. The group took to canoes to see the shores of the river, where erosion has revealed geological features. “We got caught in a thunderstorm, too. Taking shelter on a sandbar was a team-building type of fun,” Levy said. 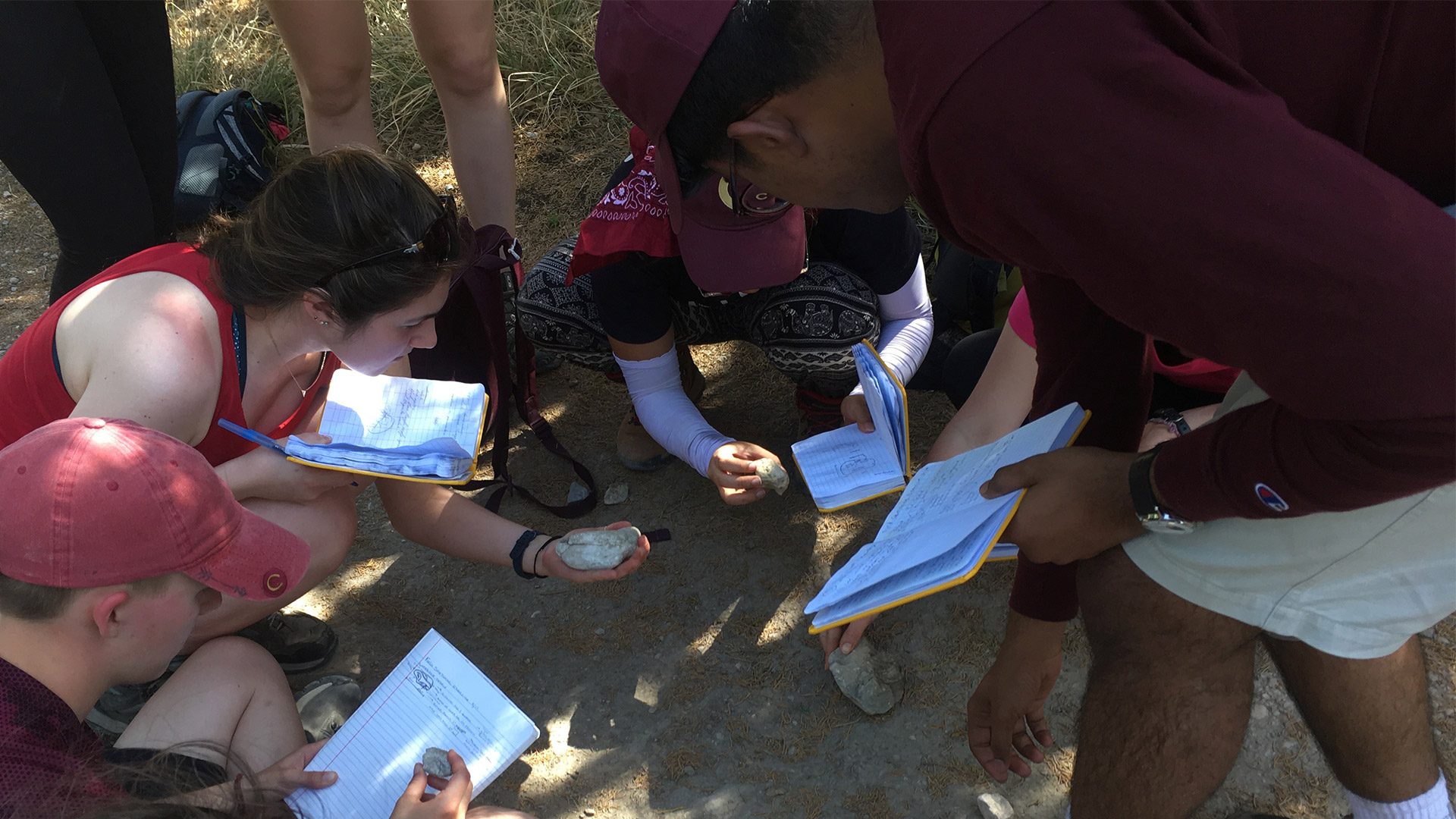 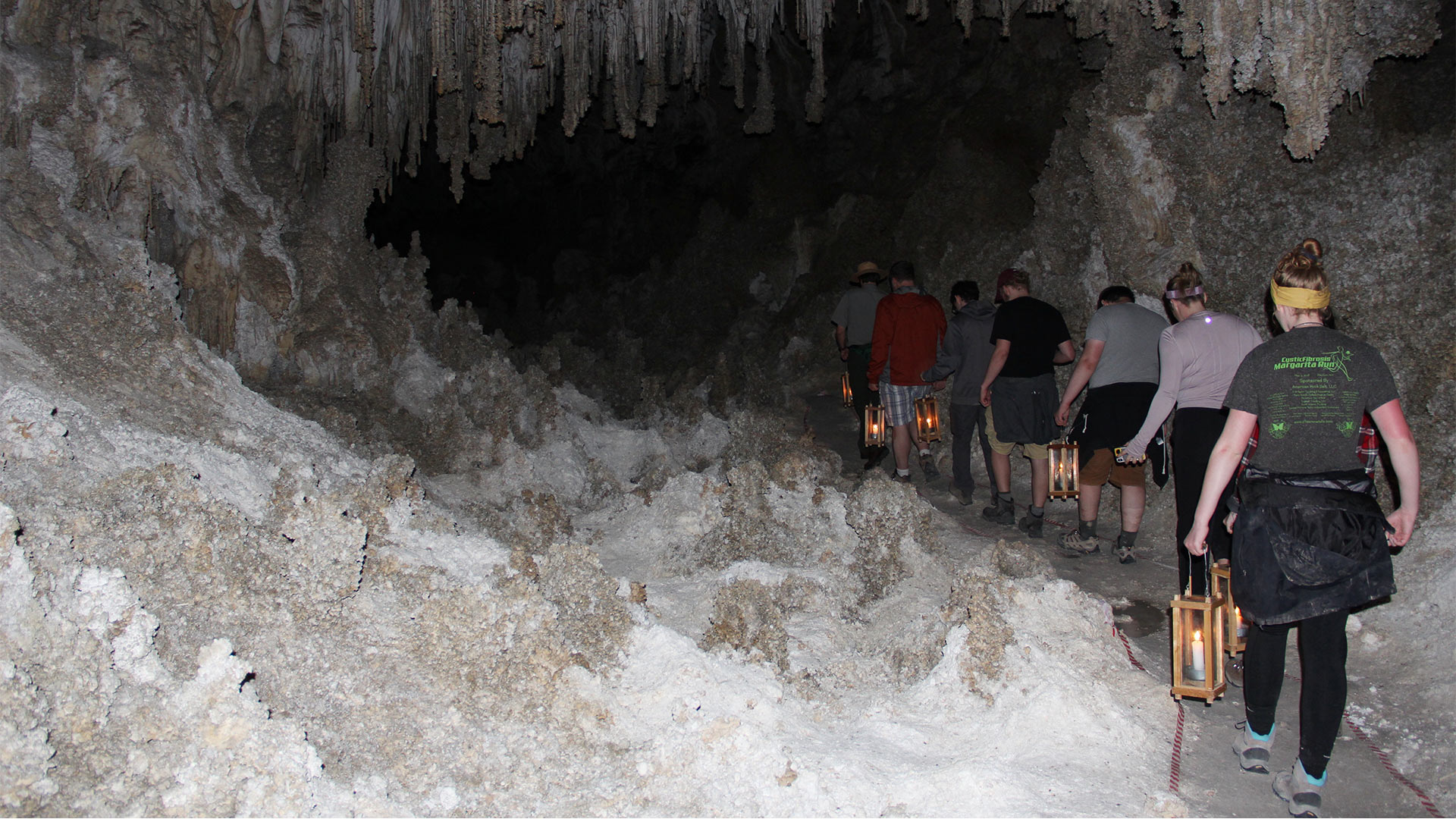 “What's neat is that the caves and the fossil reef are from the exact same era; one has been carved out by water to make the caves, and the other is standing in the desert. We were seeing that all these things are connected across space and time.” 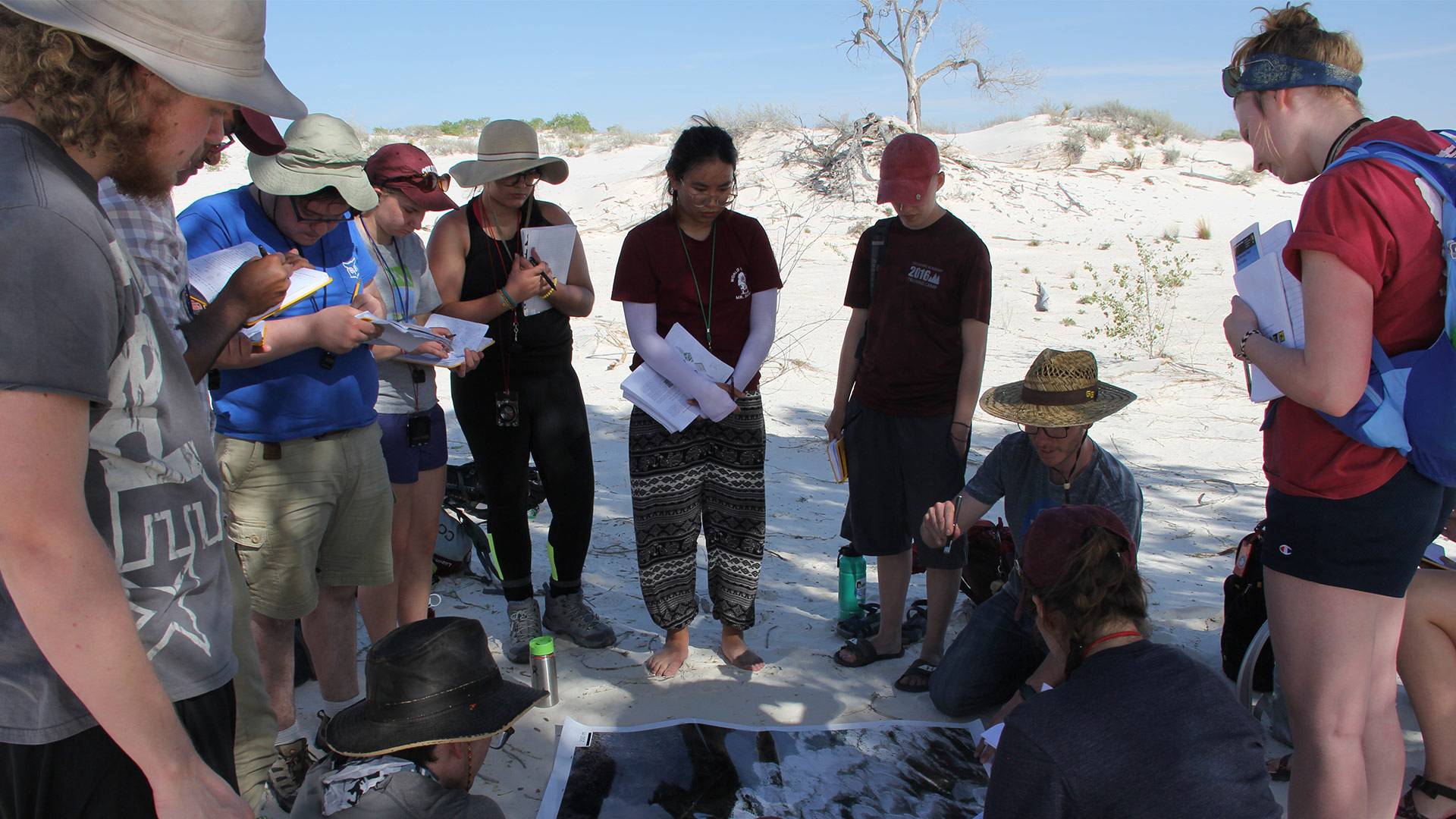 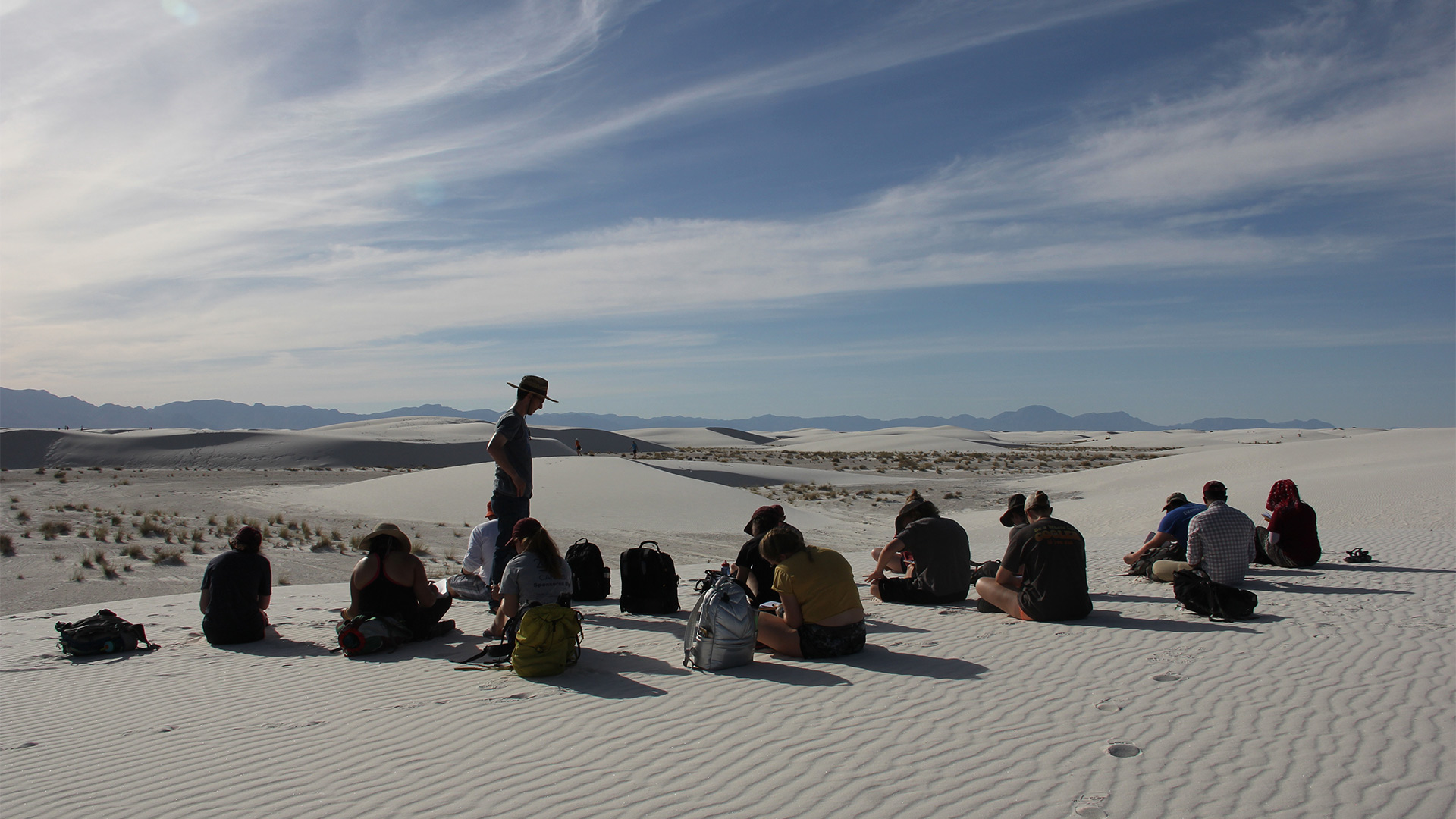 “One student said, ‘You know, how do they decide where to build the roads through the park? Aren’t they worried that the dunes are going to cover it?’ I said, ‘Hold that thought,’ because literally two minutes later, we reached a place where the sand dunes were pouring across the road. They actually use snowplows to move them,” Levy said. 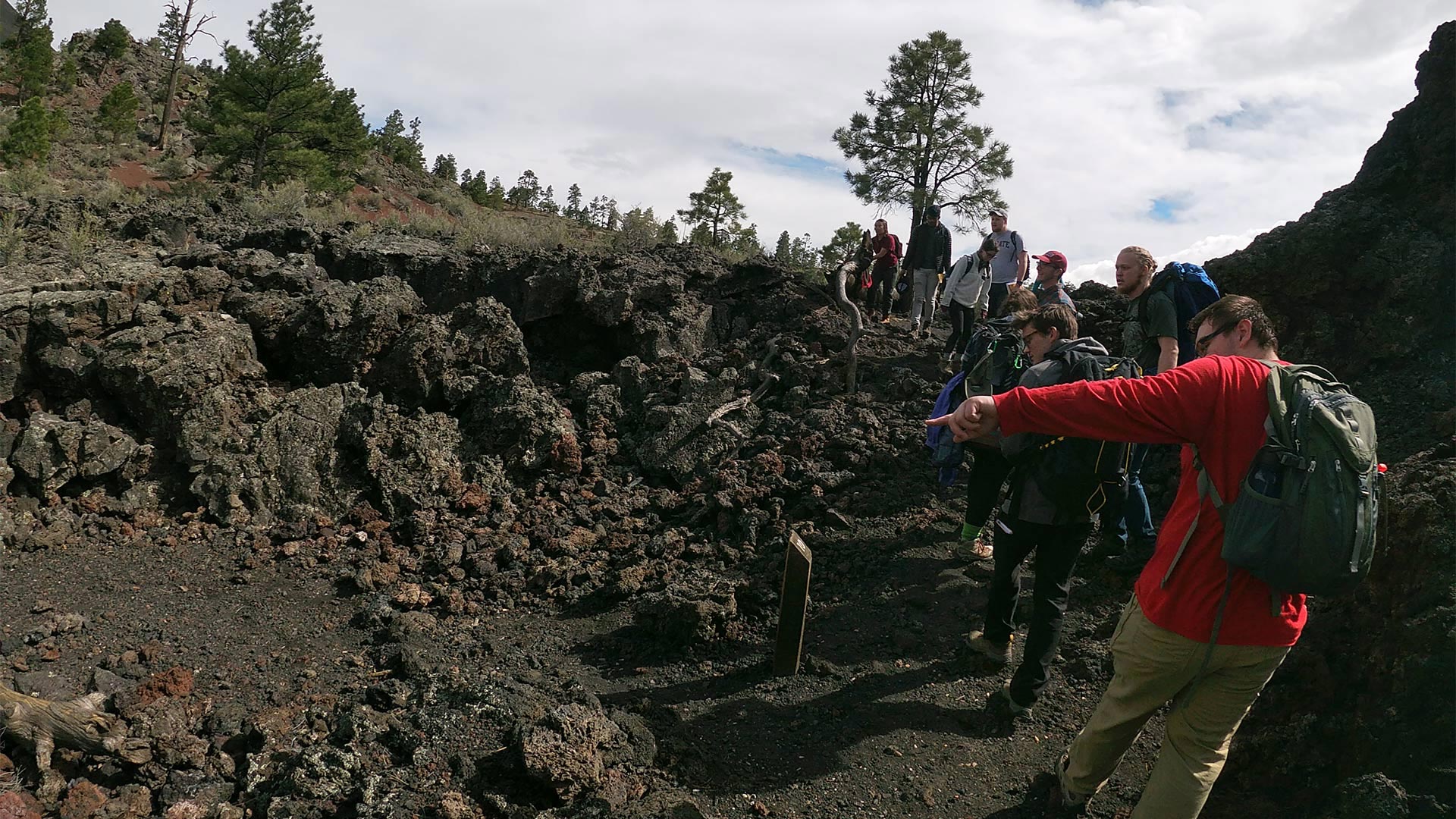 5. Flagstaff, Ariz. Visiting Sunset Crater National Monument and walking on million-year old lava flows, students were becoming familiar with the geology of the region.  “We were getting introduced to the rocks that run from Arizona all the way up to the Grand Canyon,” Levy said. “These formations go on for hundreds of kilometers.” 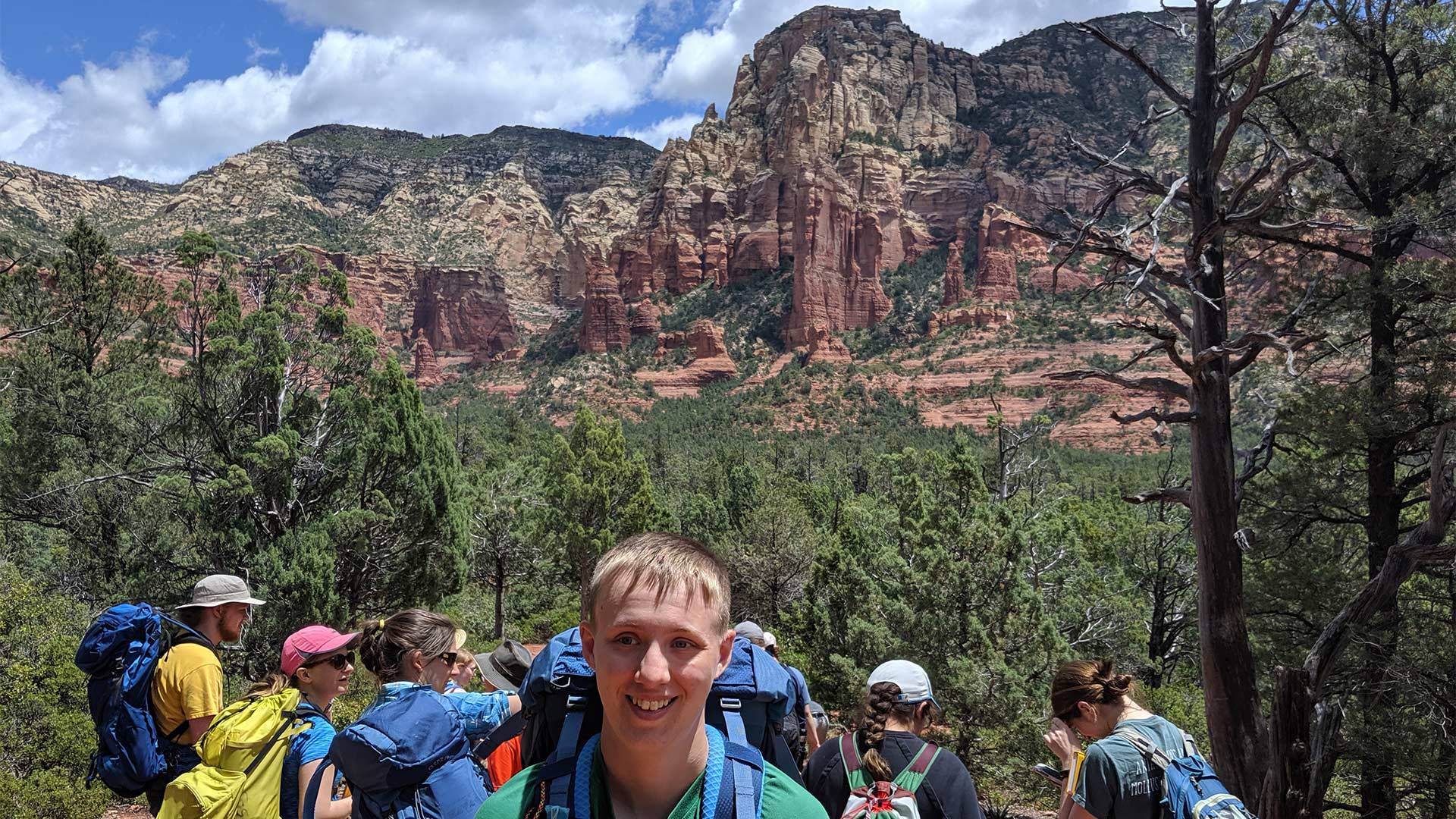 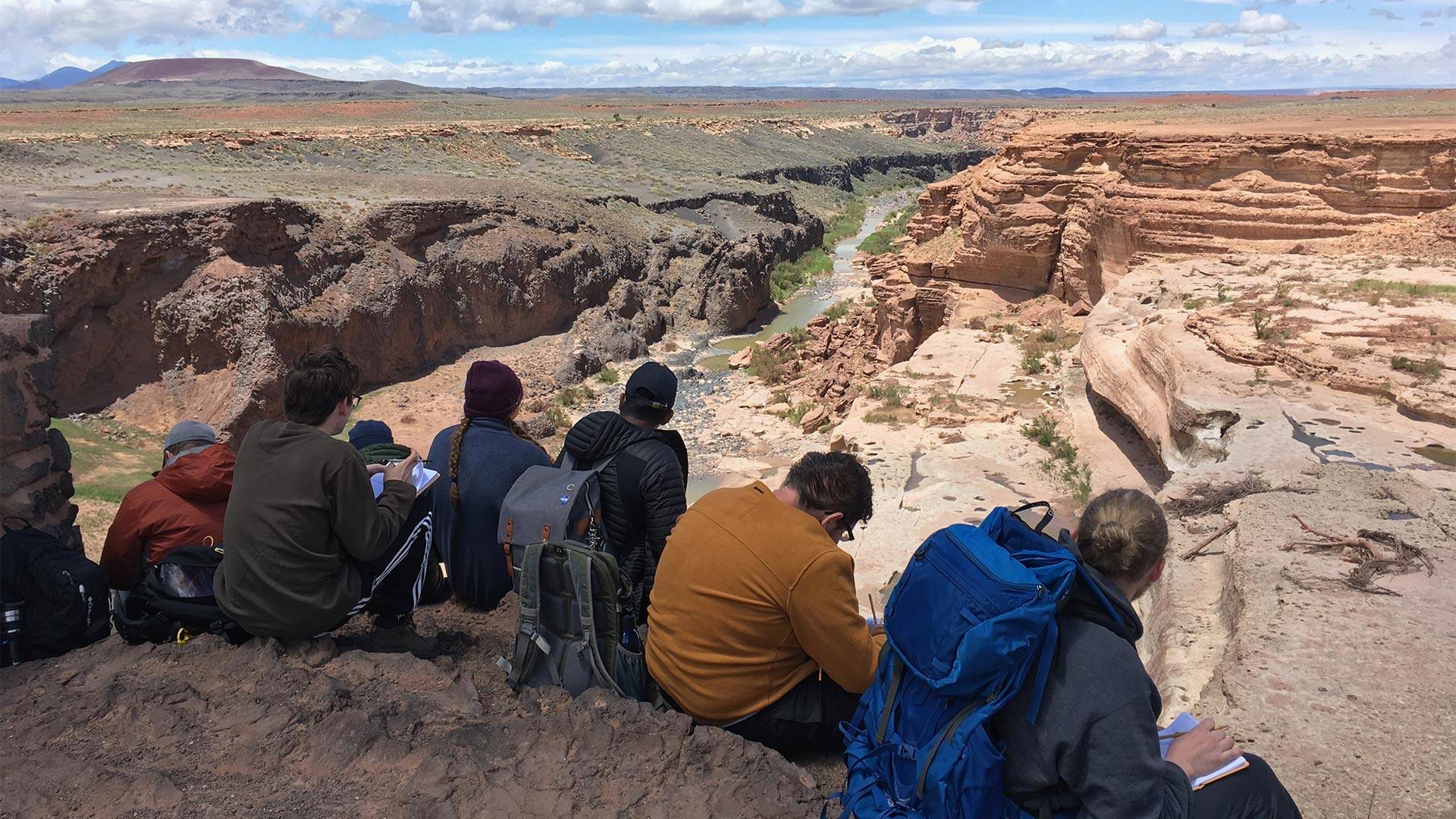 7. Grand Falls of the Little Colorado, Flagstaff, Ariz. The group made sure to stop by this spot, famous for its waterfalls, at a time when the water wasn’t flowing.  “We were sitting there, and all these tourists are coming through and saw that the waterfalls were not flowing and said ‘I’m going home.’ But, not us,” Levy said. “It was the perfect time of year for geology.” 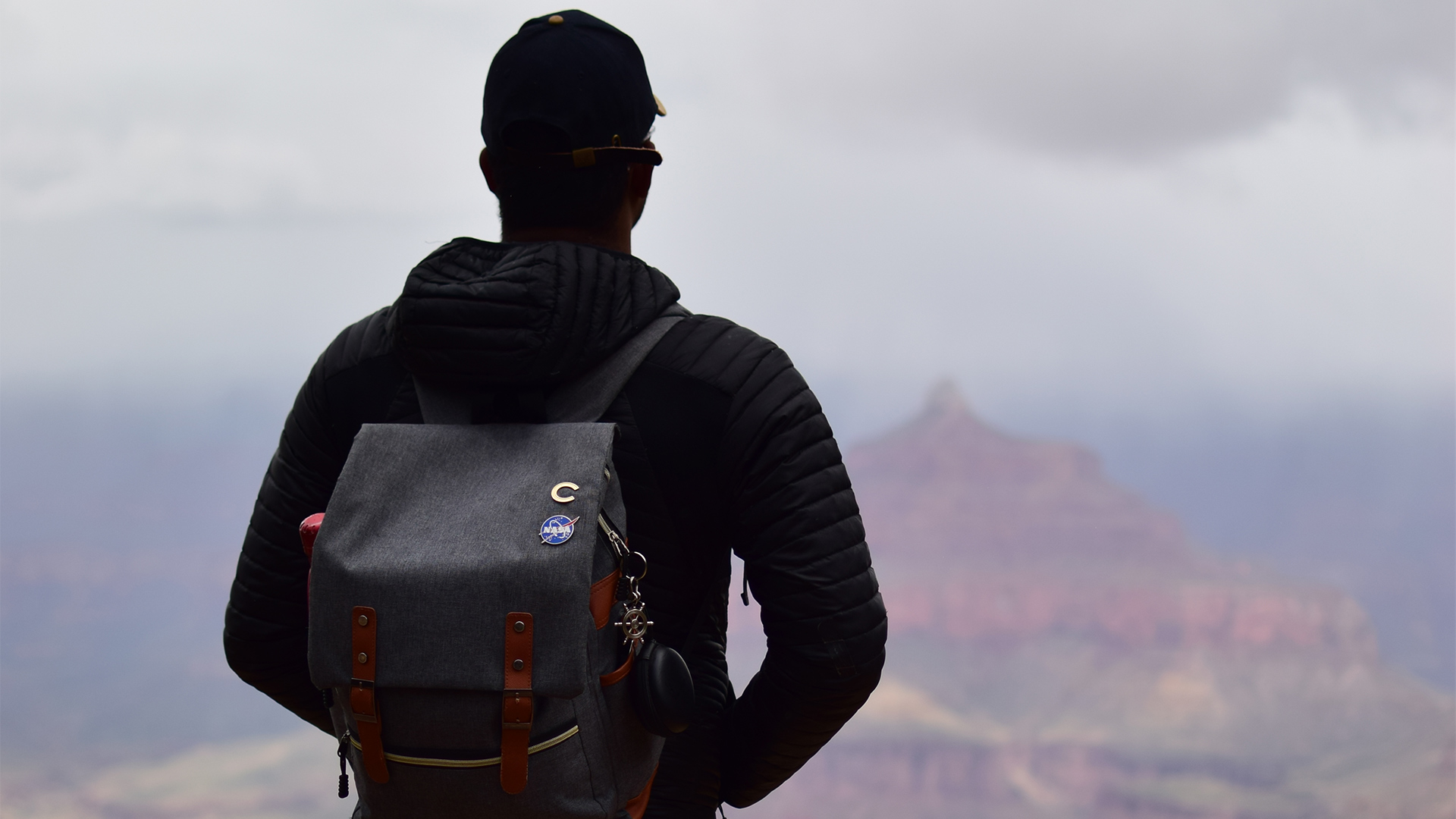 8. Grand Canyon National Park, Ariz. An obligatory stop for any geology group in the Southwest, students were surprised to wake up to snow here. 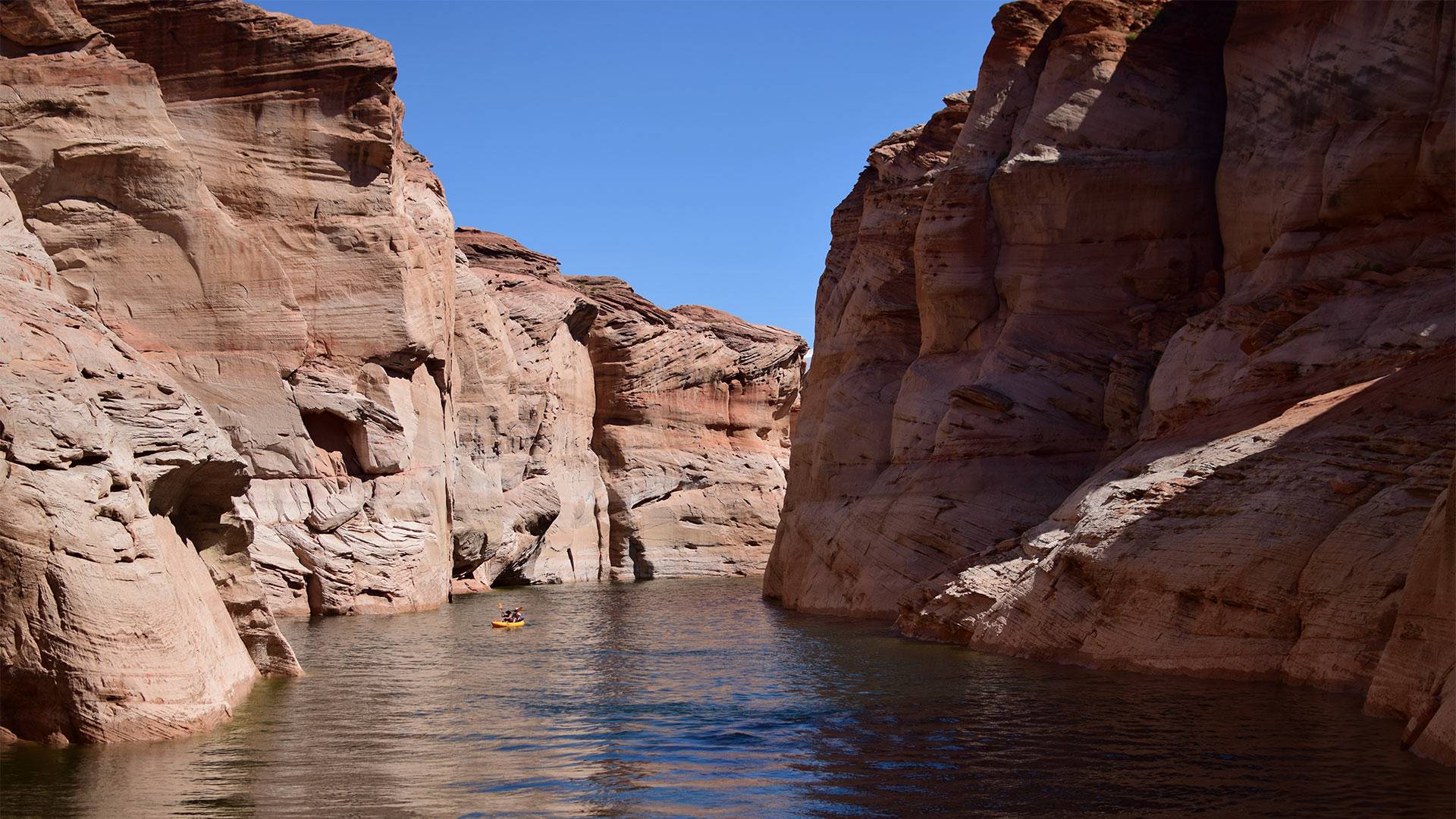 9. Lake Powell, Page Ariz. Students spent the morning on boats viewing layers of sedimentary rock visible along the shores of the lake, a site of one of the largest hydroelectric dams in the United States. 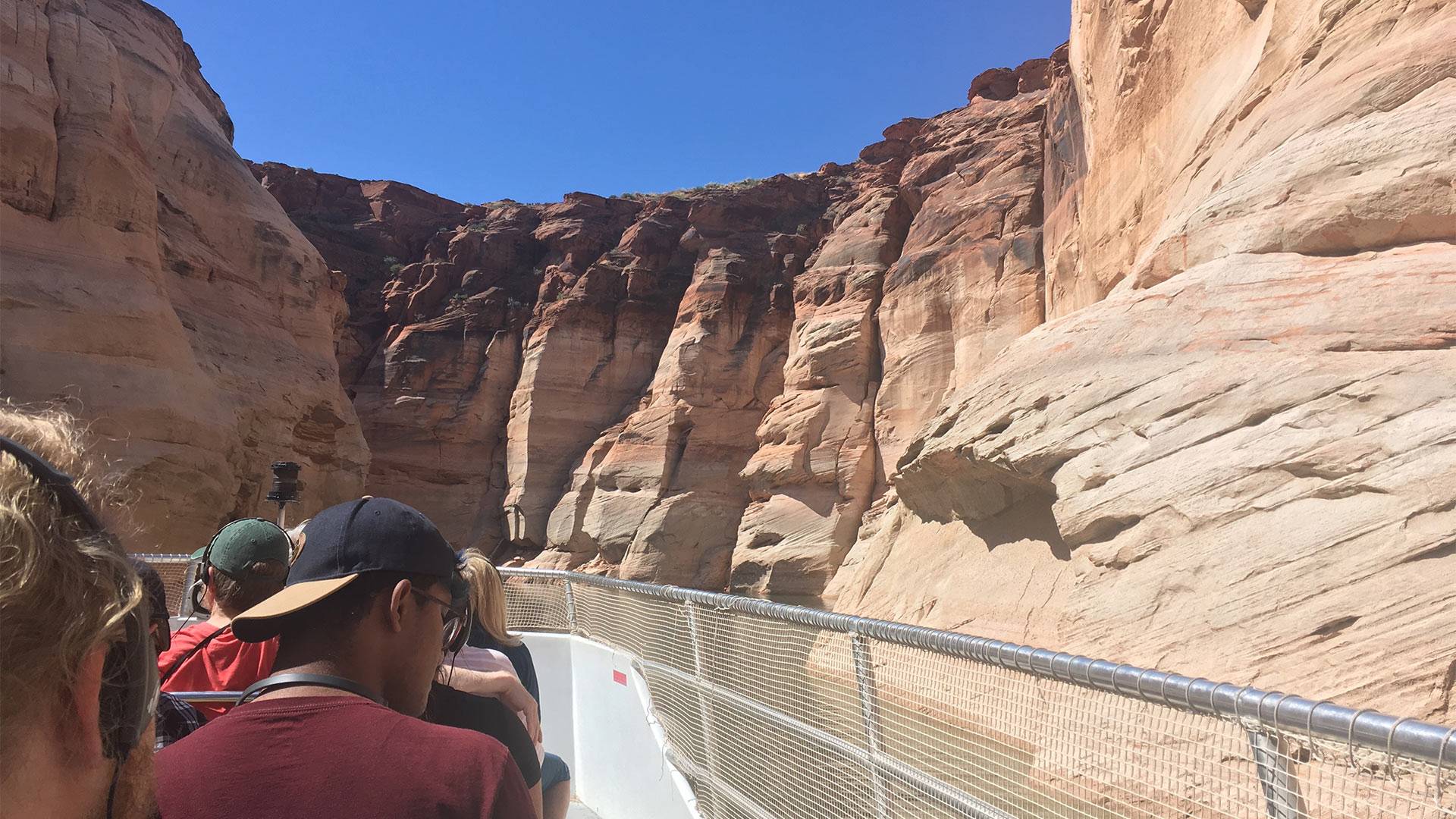 “These are layer after layer of former sand dunes, which are the same rocks in the Grand Canyon, but now we could actually reach out and touch them from the boat,” Levy said. 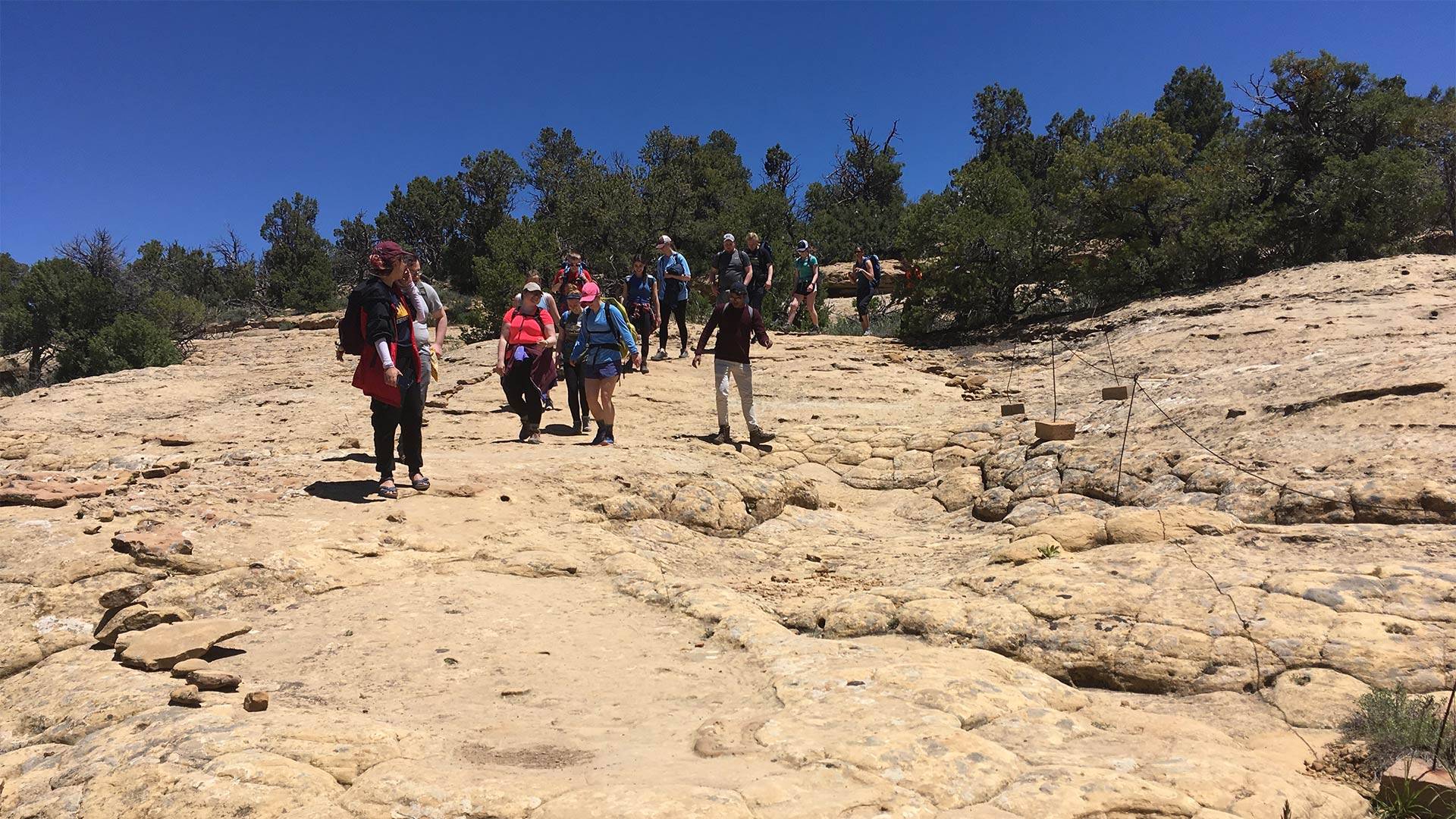 10. Mesa Verde National Park, Colo. “This is a place where the early Pueblo people built houses, but they eventually had to abandon them because the climate changed. It’s kind of this amazing millennium-old cautionary tale about not becoming too reliant on local resources,” Levy said. 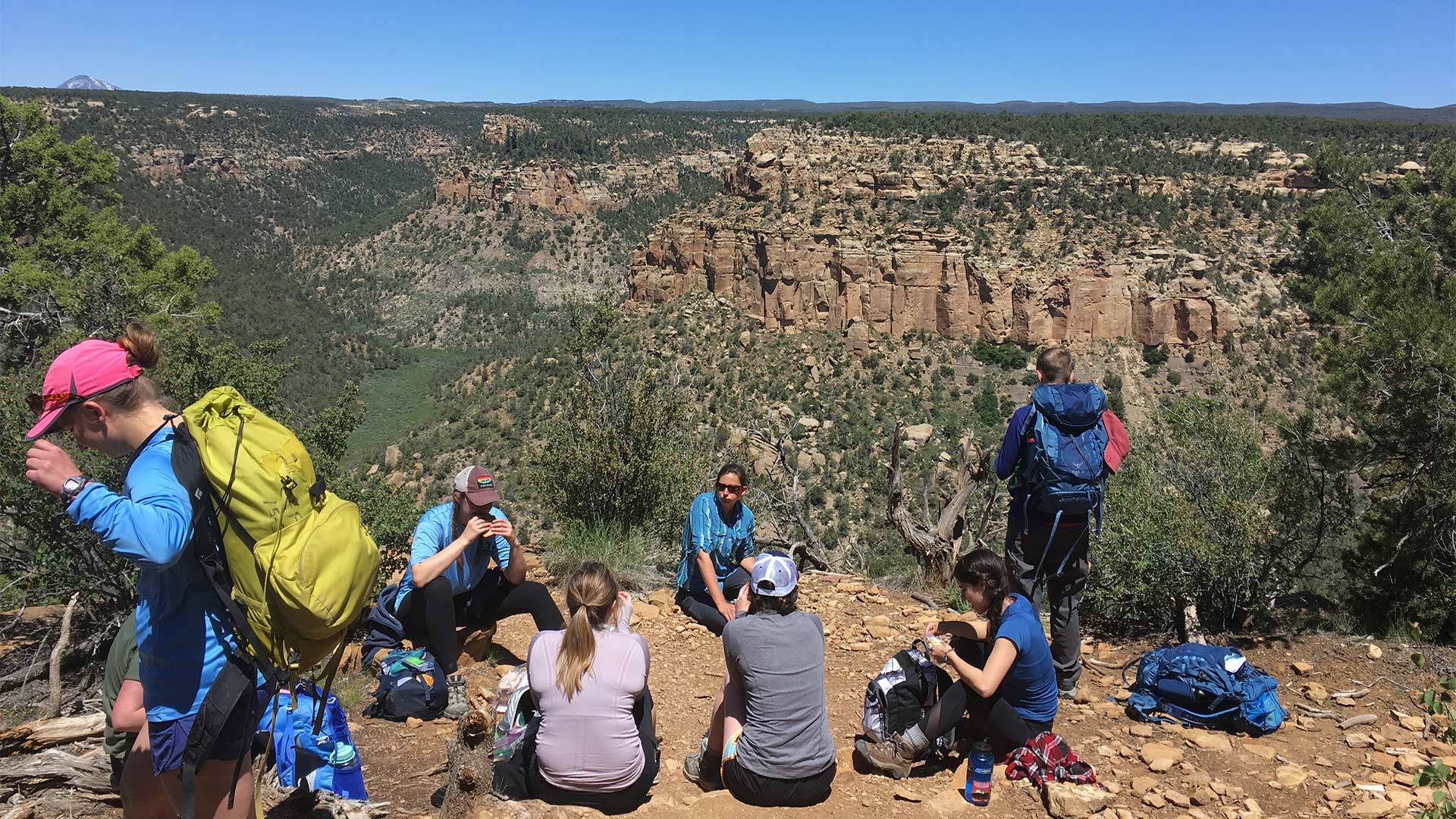 “It’s a neat opportunity to touch carved stones that were being used here a thousand years ago, and they’re not behind a velvet rope, and they’re not in a museum — they’re just there by the trailside.” 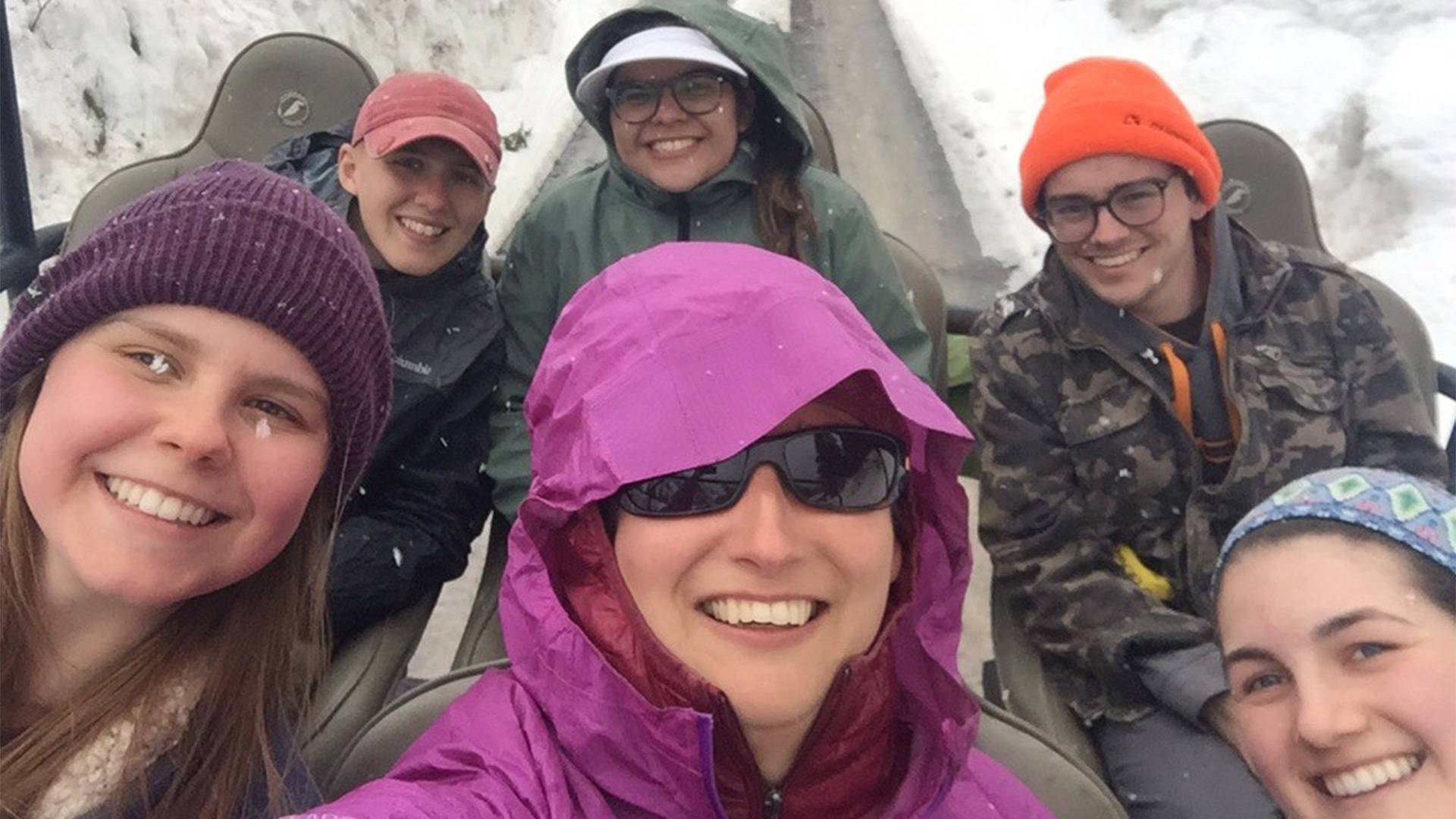 11. Ouray, Colo.  The final official stop led students up through the mountains and down underground into a former gold and zinc mine to learn about the history of mining and mining methods.  “It was nice after being very scientifically focused to learn and see more about Colorado’s culture,” Levy said. “It also provided an opportunity to talk about things like acid mine drainage and reclamation. This is exactly the kind of thing that many geology graduates do in the world, going out as an environmental consultant to fix these places where we’ve dug holes in the ground.”