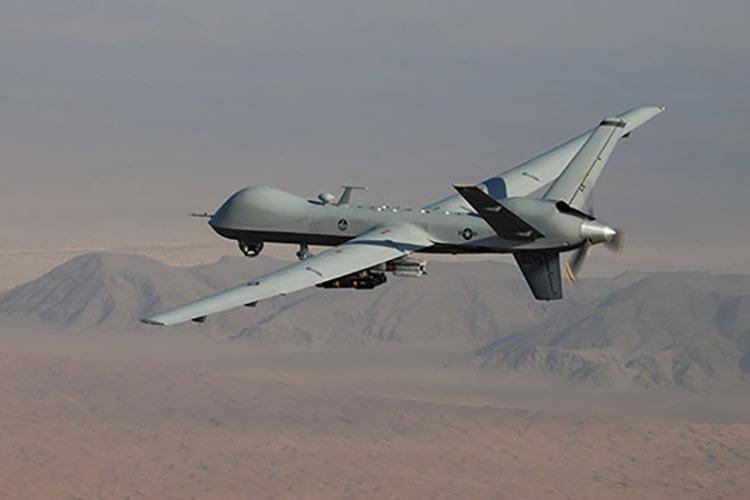 On March 21, more than 200 students, faculty, and community members gathered at the Palace Theater to discuss Drone Warfare: The Implications for Upstate New York. Valerie Morkevicius, assistant professor of political science, and Jacob Mundy, assistant professor of peace and conflict studies, organized the event. Presenters represented a breadth of ideologies on the topic.

The event specifically focused on drone warfare within the context of Syracuse’s Air National Guard base. Syracuse’s Hancock Field is home to the 174th Attack Wing. Pilots at this base remotely operate MQ-9 Reaper drones that fly over Afghanistan for the purpose of surveillance and intelligence. Officials state that fewer than 10 percent of missions involve combat.

“[We] hoped to spark serious reflection about the ethical, legal, and strategic issues surrounding drone warfare,” said Morkevicius. “The fact that drones piloted from Hancock are involved in targeted killings brings the largely invisible war on terror home to central New York in a very real way. By bringing together well-known scholars and peace activists, we hoped to encourage members of the Colgate community — and the broader Hamilton community — to join in the conversation, and to think about what drone warfare means for them.”

Presenters included Daniel R. Brunstetter, associate professor of political science at the University of California, Irvine; Maj. Gen. Charles J. Dunlap Jr. (USAF, ret.), professor of the practice of law and executive director of the Center on Law, Ethics and National Security at Duke School of Law; Nicholas Rostow, Charles Evans Hughes visiting chair of government and jurisprudence at Colgate; and Harry Murray, professor of sociology at Nazareth College and an activist with Upstate Drone Action.

Although there was no clear answer regarding the future of drone usage by the United States — what it will or should look like — the event shed light on the complex policy, legal, and ethical questions surrounding the issue.

“It’s important for you to think about your ethical standards, how they line up with those of others, and whether you would change them in light of new threats,” said Brunstetter.

Niall Henderson ’16, who attended the event, said, “It was thought provoking to hear more of the ethical and legal concerns with the widespread use of drones. I do wish the anti-drone speakers had spoken more on what alternative plans of action they would be in favor of regarding efforts to combat terrorism, but overall it was great to hear the varied opinions of the panelists.”

The event was sponsored by the Upstate Institute; Center for Freedom and Western Civilization; divisions of social sciences and university studies; International Relations Program; Kulla Family Fund; Lampert Institute and Center for International Programs; Office of the Provost and Dean of the Faculty; the Peace and Conflict Studies Program; and the Department of Political Science.