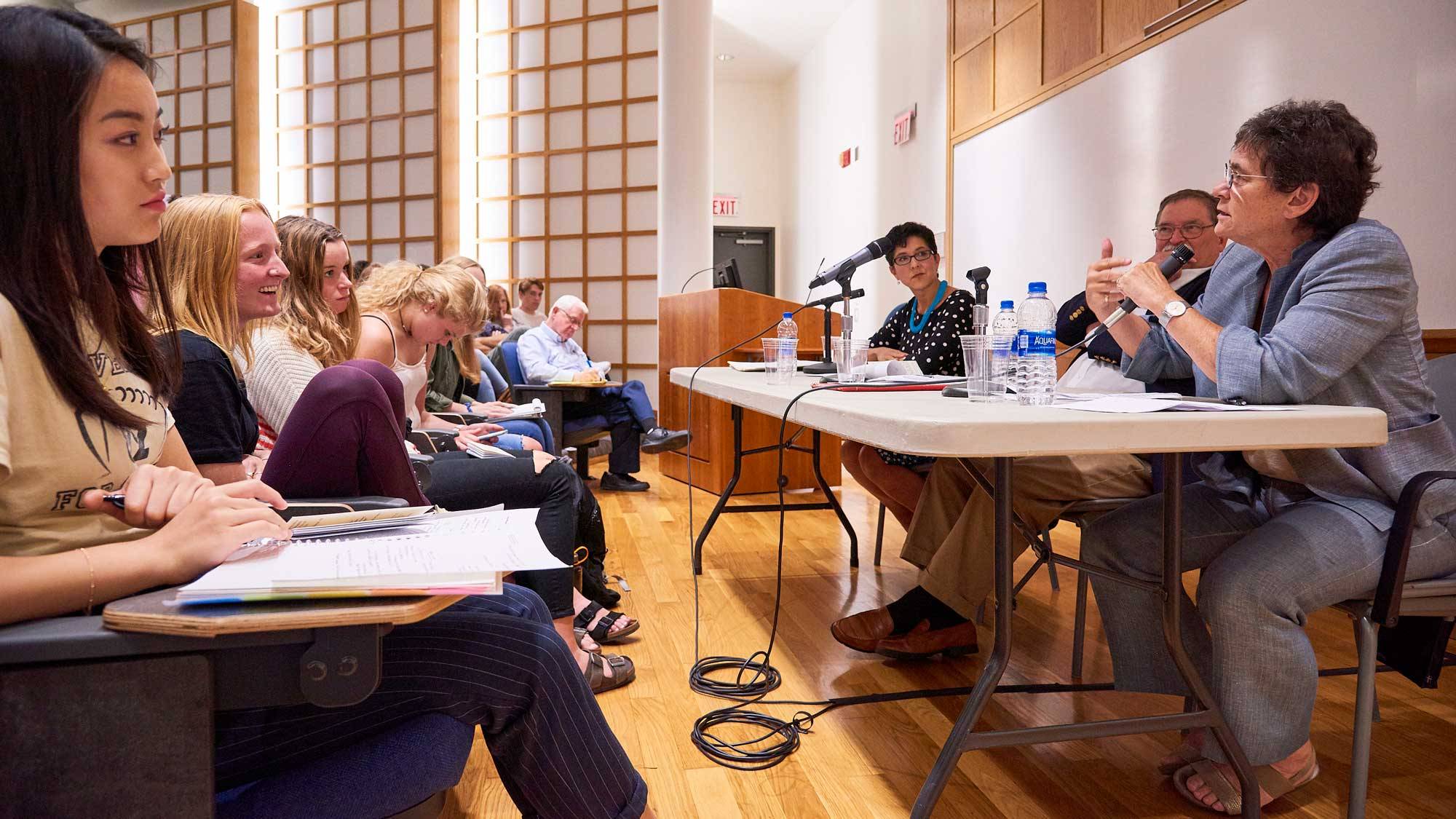 A Constitution Day debate at Colgate brought together two prominent voices on the subject of Roe v. Wade to engage in a lively debate of the landmark ruling in front of a packed audience of engaged students and faculty.

Kathryn Kolbert, lead counsel for the plaintiff in the case Planned Parenthood v. Casey (1992), and Melissa Moschella, assistant professor of philosophy at Catholic University of America and author of To Whom do Children Belong, debated the contentious question, “Should Roe stand?”

Professor of Political Science Stanley Brubaker said the Colgate Forum in Constitutional Government and the Center for Freedom and Western Civilization brought the two voices together to debate because of the gathering attention on the issue in recent months, and because most people, even the well educated, often fail to distinguish between their moral or policy stance and constitutional text and principals.

“I was delighted with the turnout, the substance of the argument, and with its tone. I think we got a couple of the best and most committed advocates, who demonstrated that, despite their differences, they could have a civil and thoroughly reasonable debate,” Brubaker said. “ I hope that their example opens up the subject for further civil discussion across campus.”

And the discussion, while tense at times, was completely civil, with Kolbert and Moschella arguing their positions with verve and professionalism.

“My view is that the right to choose abortion, and the right to make childbearing decisions, is not only one-sided, but must protect both sides of the equation. It’s a reciprocal right,” said “Kolbert. “These types of decisions are central to one’s being.”

Moschella argued that Roe is not settled law, adding that “it attempted to settle political debate, but not the issue of abortion. The public continues to debate about it as we are doing tonight.”

Following a strict debate format, the audience was encouraged to ask questions, with one question in particular eliciting smiles from the participants. A student asked, “Even if you don’t agree with the point, what’s the strongest argument the other side makes?”

For Kolbert, it was women’s equality, health, and the rule of law, even though she and Moschella disagreed on how those things should be interpreted. For Moschella, while agreeing that equality, health and rule of law were important, it was equally important that these rights extend to the unborn as well as its mother.