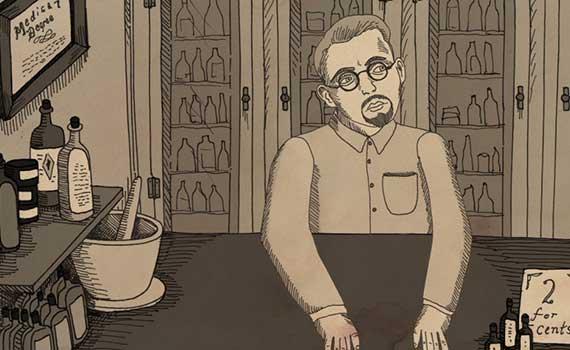 A still from NUTS!, Penny Lane’s award-winning film that premiered at Sundance in 2016.

Chicken and Egg Pictures announced this week that Lane is one of five recipients nationwide to receive a $50,000 grant for women nonfiction directors to create new content. According to Chicken and Egg Pictures, the organization has awarded $4.8 million in grants and more than 5,300 hours of creative mentorship to over 210 films since 2005.

The Breakthrough Filmmaker Award, “responds to the reality that only a few women nonfiction directors in the United States are able to work full-time as independent storytellers,” reads a release from Chicken and Egg Pictures. “The program recognizes and elevates five experienced women directors with unique voices who are poised to reach new heights and to continue to be strong filmmaker-advocates for urgent issues and creative visions.”

Lane, who will be teaching senior project studio art in the spring semester, is also one of just five filmmakers selected as inaugural members of the Glassbreaker Films initiative, launched by the Center for Investigative Reporting.

“I have always believed that part of teaching art is modeling what is possible. Showing that a woman can succeed on higher levels in the field of filmmaking is an important political statement and a good lesson especially for my women students. I am thrilled to be flying under the Colgate banner,” Lane said.

Lane, who is at the Sundance Film Festival in Park City, Utah this week, has been making award-winning documentaries, video art, and essay films since 2002. Nuts! won a Sundance special jury award for editing in 2016, and Our Nixon, her first feature-length documentary, won the Ken Burns Award for “Best of the Festival” at Ann Arbor, and appeared on CNN. Her latest work is: Just Add Water, The Story of the Amazing Sea Monkeys.