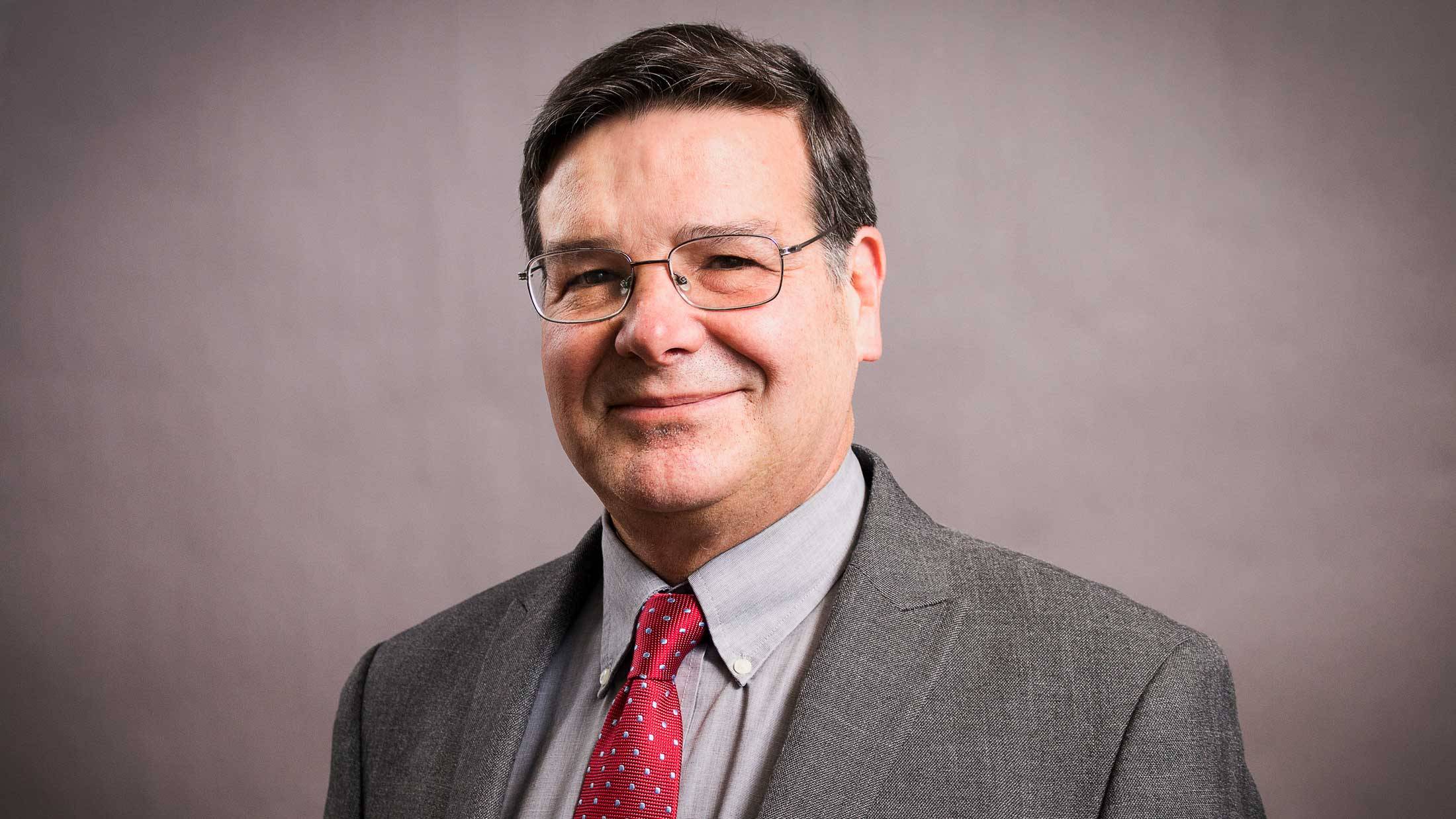 By: Anna Funk
Department of Physics and Astronomy
Share

Kiko Galvez, Colgate University’s Charles A. Dana Professor of physics and astronomy, has been studying special forms of light that can be used to encode data with more information than the typical 1s and 0s of binary. And on March 2, 2021, Galvez and collaborator Behzad Khajavi from Florida Atlantic University in Boca Raton were granted a patent for a new technology that helps decode this light-encoded information on the receiving end. This is the first patent assigned to Colgate.

Soon, 5 billion people worldwide will be using the internet. About 3 million emails are already sent every second, while another 88,500 YouTube videos are being watched. We stream our TV and movies, and we video chat our colleagues and friends. It’s a lot of information to transfer across the world. And a lot of this transfer happens through physical cables, many of which are under the ocean.

These undersea optical cables, or fibers, typically transfer information at around 20 terabits (or 2,500 gigabytes) per second; in 2019 a new cable set a speed record of 26.2 terabits per second. At the moment, this is plenty. It’s estimated that in 2020, the whole world was creating 28,900 gigabytes of data per second, or about a dozen cables’ worth. Considering that the world currently has about 400 submarine cables, we’re in good shape. For now.

But the population of internet users is growing, and so are each person’s data demands. At some point, we’ll need ways to transfer more and more bytes of data to more and more people. That means either laying down a lot more cables, or figuring out a way to send more information through the existing systems.

“The industry is trying to pack as much information as possible into a single fiber right now, but it’s reaching a limit,” Galvez explains. “The telecom industry is just trying to find solutions.”

Galvez says he hopes his new technology will prove useful as the industry looks for new solutions to their data limits.

You might imagine that most light acts like a laser pointer. Shine it at the wall, and it’s brightest at the center, fading out at the edges. But there are ways to get a beam of light to form a donut — dark in the middle — without casting a shadow. And it has to do with the way the individual waves of light in the beam align with one another: with their crests and troughs offset, instead of in line. If you line the waves up such that the crests make a spiral, the projected image becomes a ring — like you’re looking down on a tornado. Offset them a little more, and the spiral becomes a double helix. Offset them again, and it’s a triple helix — the shape of fusilli pasta. And on it goes.

These different shapes are called modes, or optical vortices. And they’re independent of one another, meaning they can be overlapped without interference. And for each clockwise spiral or helix, there’s a counterclockwise counterpart as well.

Since there are so many combinations of optical vortices that can be combined in a single beam, engineers are working on ways to use them for new communications technology. Having a much bigger “alphabet” of options beyond the usual 1s and 0s would greatly increase the amount of information that can be transferred at a single time.

“Now that the beam can have different vortices, it can carry more information than just 1 or 0,” Galvez says. But assuming you’ve figured out how to encode your data into optical-vortex language and send it off, how do you decode it at the other end? That’s where Galvez and Khajavi come in.

The property of the beam that tells you whether it’s wound one, two, three, or more times is called its topological charge. (“I don’t know why they call it a charge, it has nothing to do with electrical charge,” Galvez explains.)

Galvez and Khajavi “stumbled onto a technique that can tell you the topological charge of any beam that comes in,” Galvez says. He says they’ve engineered a simple device that could end up critical for the telecom industry, if the way of the future indeed ends up being to mix light beams with different charges together to send communications.

Their new device can also tell if the input is a pure optical vortex — one type of charge — or a mixture. In other words, send Galvez and Khajavi a message codified in optical vortices, and they can decode it.

There are still some technical points to work out, Galvez says, like how wide an optical fiber needs to be to hold vortices with bigger charges. Still, he’s optimistic.

“The industry moves fast,” Galvez says. “I’ve heard some talks of people saying it’s a crisis, because we’re getting close to the maximum capacity of fibers.

“They’re looking at all the possible solutions. This is one.”