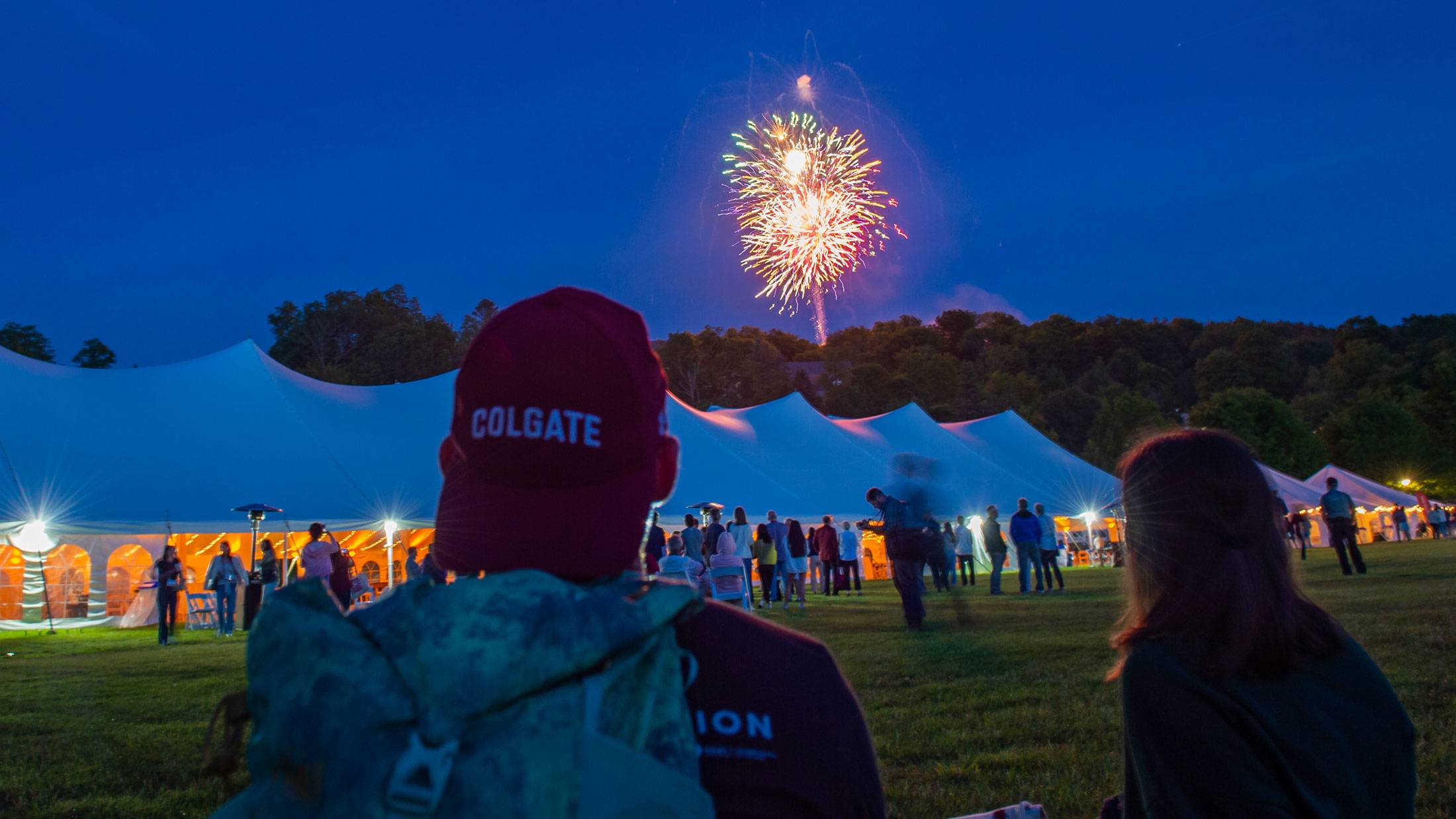 The program of events for both weekends proved that the University community, in spite of the intervening pandemic years, still remembers how to honor its alumni and their friendships, celebrate its academic heritage, and plan together for an ambitious future.

Traditional Reunion College sessions — featuring titles such as Why Art Matters, The Crisis in American Health Care, and Occupation: The Power of “Doing” — appeared on schedules alongside talks that focused specifically on the Third-Century Plan. Attendees heard directly from President Brian W. Casey, who spoke of the Plan’s origins and how it developed from a Universitywide desire to ensure that Colgate reaches its full potential. The Plan has since inspired the Campaign for the Third Century, a $1 billion effort that will bring about the most significant transformation in University history.

To do so, Colgate will draw on the energy and community spirit that have been defining characteristics for generations. “That’s the spirit that’s Colgate,” said trustee Dan Benton. “We’re overachievers.”

That spirit could also be found at group reunions, including WRCU, the Colgate Thirteen, Gamma Phi Beta, Delta Delta Delta, and the Alumni of Color (AOC) organization.

AOC alumni gathered at the ALANA Cultural Center to mark 35 years, first with a screening of Men of Mark. The documentary by filmmaker Jacqueline King-Howell ’96, based on the book by trustee emerita Diane Ciccone ’74, P’10, tells the story Black Colgate alumni who went on to positions of national prominence in the mid-19th to early 20th century. The organization also used its time together to acknowledge its leaders, like co-founder LeRoy Potts ’85, and to honor Tracey Hucks ’87, MA’90, James A. Storing Professor of religion and Africana and Latin American studies, who recently completed her term as provost and dean of the faculty.

“We succeeded even beyond our alma mater’s expectations,” Hucks said, “breaking boundaries and reaching new heights. This — who we are and what we have become — has greatly contributed to the national and global success of Colgate.”

A portion of any reunion weekend is dedicated to the individuals who have strengthened Colgate through service and accomplishment. But the annual Alumni Awards Ceremony expanded this year to recognize recipients of Maroon Citations, Ann Yao Young Alumni Awards, entrepreneur and humanitarian of the year, and the Wm. Brian Little ’64 Award for Distinguished Service from 2020 to 2022. And per tradition, the ceremony was followed by the Torchlight Procession and class activities in the tents ringing Whitnall.

Walking down the hill again for the first time since 2019, alumni were able to rekindle their connection to each other and to the place itself.

“I want to echo how grateful I am for so many that have made this weekend possible,” trustee emeritus Tom Dempsey ’72 said. “This weekend, we have a chance to celebrate the remarkable generosity of our classmates, reconnect with each other, and remember the ways our Colgate connections shaped our lives.”