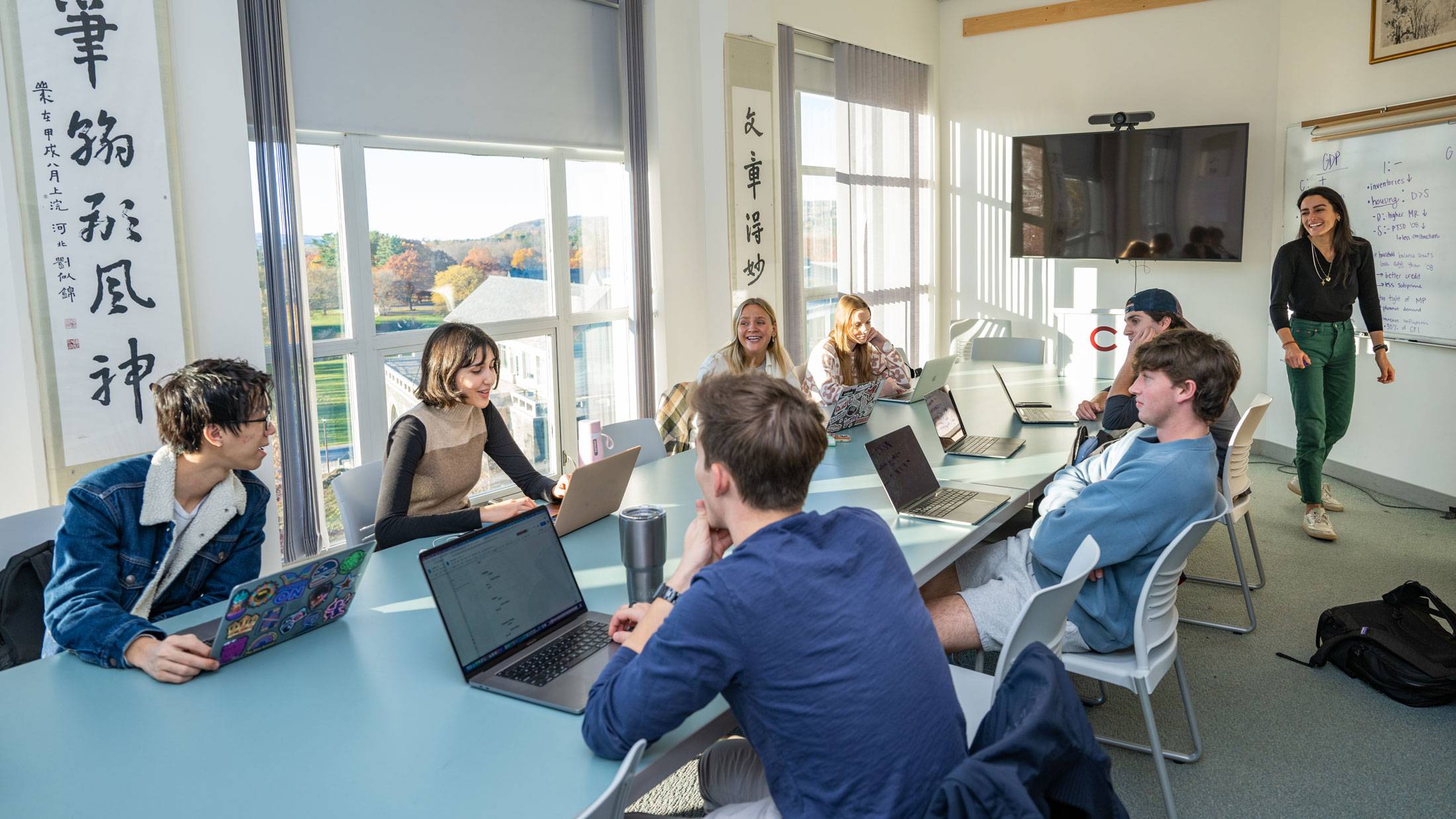 Students in Professor Michael Connolly’s Fed Challenge (Econ 353) class practiced being policy makers this fall. In fact, they took their monetary policy recommendations directly to the Federal Reserve when they participated in the 2022 College Fed Challenge.

In the competition against colleges and universities nationwide, Colgate’s team made it to the final round with 18 other schools. Then, on Nov. 18, they learned that they’d received first place for the New York District (other district finalists were Rutgers-New Brunswick and SUNY Geneseo). The Colgate team also received an honorable mention in the nationals, alongside University of Notre Dame and UCLA.

“They put in a tremendous amount of work, and it paid off,” Connolly says.

Preparation for the challenge began as soon as the semester started. The class voted on a presentation team of five; other students supported the presenters by digging into the research, analyzing economic and financial conditions.

For the first round in October, the students created a 15-minute presentation video. “Basically, they covered the key themes that the Fed cares about: inflation, labor market, real economy, financial markets,” Connolly explains, “and then they made a policy proposal based on different scenarios that might occur going forward.”

The second, and final, round involved a Q&A over Zoom with four judges from the Fed while their professor and research teammates watched.

“It was intense,” says Nikola Duka ’24, an economics major from Worcester, Mass., who was on the presentation team.

Still, the group felt prepared. “There was nothing that we hadn’t discussed at least once,” adds Max Parrott, an economics major from Bedford, N.Y.

The class’ diligence paid off, and they were informed of their win just as they were departing for Thanksgiving break.

“It’s by far the most I’ve ever walked away from a class thinking, ‘Not only do I feel like I learned about this topic, but I also understand the world a lot better,’” Parrott reflects.

For Connolly, the sentiment echoes his own experience. Although it was his first time teaching the course, he competed twice as a student at Rutgers, and he credits that training for his subsequent employment at the Federal Reserve Bank of Kansas City.

“I knew this had tremendous value for the students, so I wanted to get involved once I took the position here,” says the professor, who has been at Colgate since 2019. “The competition builds lots of skills.”