We believe strongly in recognizing high achievement and honors-level work. Learn more about how we recognize the scholarly accomplishments of students in the English department. 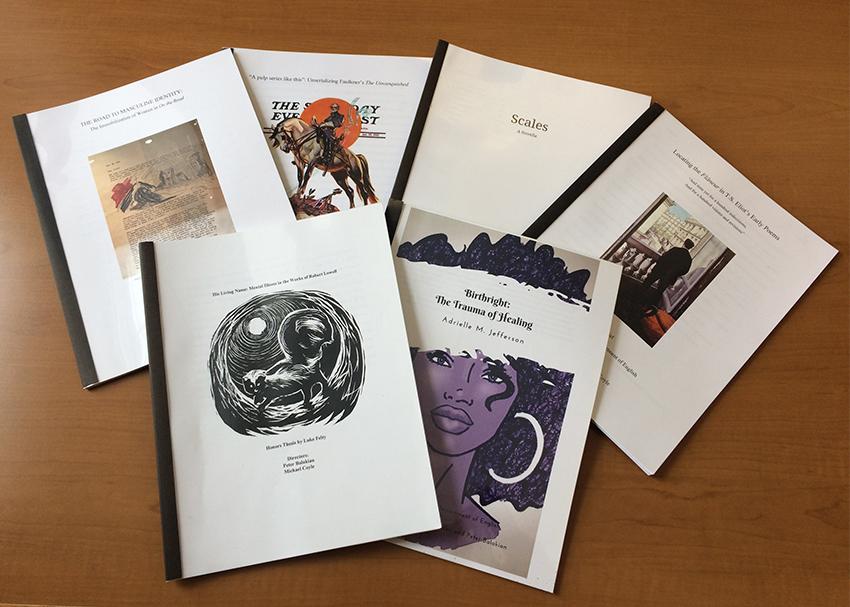 Students pursuing honors in English literature or English with an emphasis in creative writing take a course in the fall of their senior year and complete their honors projects as independent studies in the following spring term. A degree with honors is granted, on the basis of the quality of the completed project, to students with a grade-point average of at least 3.5 over all courses taken in the department. High Honors may be granted to those students who combine an outstanding overall record in the major with superior performance in the honors thesis and oral presentation.  The privilege to work toward honors is granted at the discretion of individual faculty members and typically involves a multi-step process.

To pursue honors in literature:

To pursue honors in English with an emphasis in creative writing 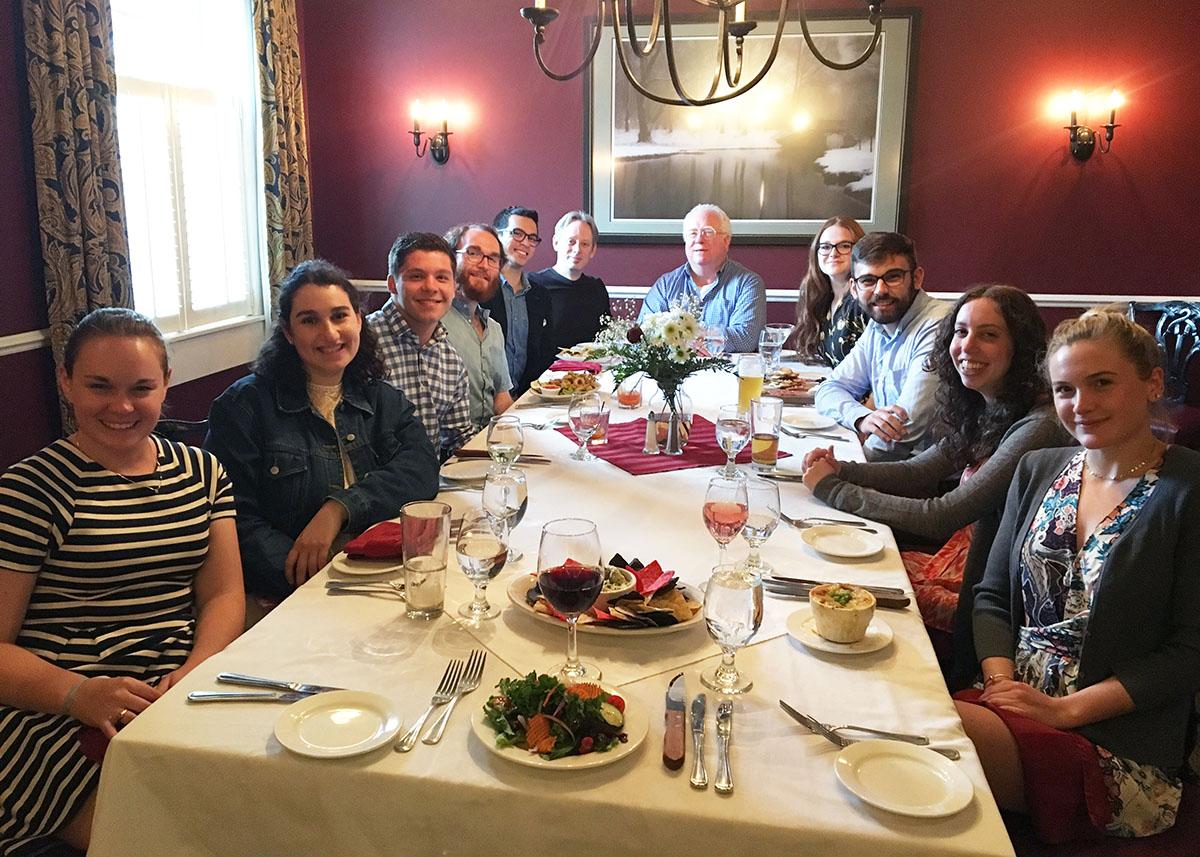 The Allen Prizes in English Composition: Established by the Rev. Dr. George K. Allen, a member of the Class of 1870, in memory of his wife, Hattie Boyd Allen — two prizes in English composition.

The Phillip K. Dorn Memorial Prize: Established in memory of Phillip K. Dorn by Norstar Trust Company. The award is given to a graduating senior English major who is distinguished in the study of English and who plans, upon graduation, to pursue further professional training or begin a career in medicine, business, finance, or law. When possible, the award is given to a student with an interest in poetry.

The Jonathan H. Kistler Memorial Curricular Innovation Fund in English: Established in 1996 by Harry F. Lee ’57 to support and nurture new curricular and pedagogical ideas within the English department.

The Lasher Prize: Established as an award to a member of the junior class in recognition of outstanding talent.

The Lasher Prize for Distinction in English Composition: Established by the Rev. Dr. George W. Lasher, a member of the Class of 1857, and awarded for distinction in the various types of writing.

The Scott Saunders Prize for Excellence in Literature: Established in memory of Scott Saunders ’89, and awarded annually to a senior major in English who participated in the Colgate English department study group in London, in recognition of work done in London that is distinguished in its own right or that contributed to the completion of a distinguished project.

If you choose to withdraw from your pursuit of the honors or high honors designations, or if your written honors work is deemed insufficient for such a designation, then your enrollment in the ENGL 490 seminar is converted to ENGL 491, Independent Study, and you will receive a grade for the course from your thesis supervisor.