By bringing the campus community together to critically discuss the issues of race and racism and the impact these issues have upon the educational system and broader society, the lecture series seeks to foster cross-racial interaction, acceptance, and understanding throughout the community. The series engages and assists the Colgate community in understanding the importance of racial and ethnic diversity in educational curriculum, pedagogy, programs, and policies. 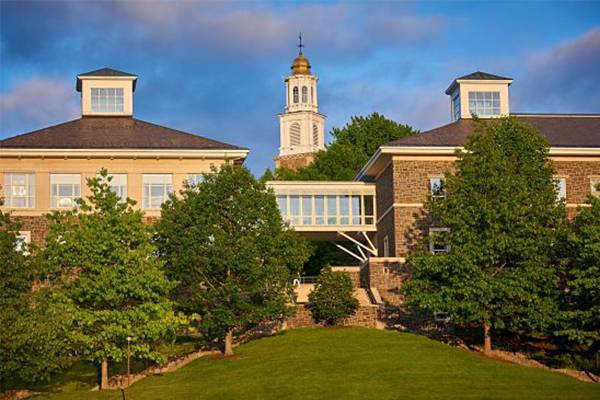 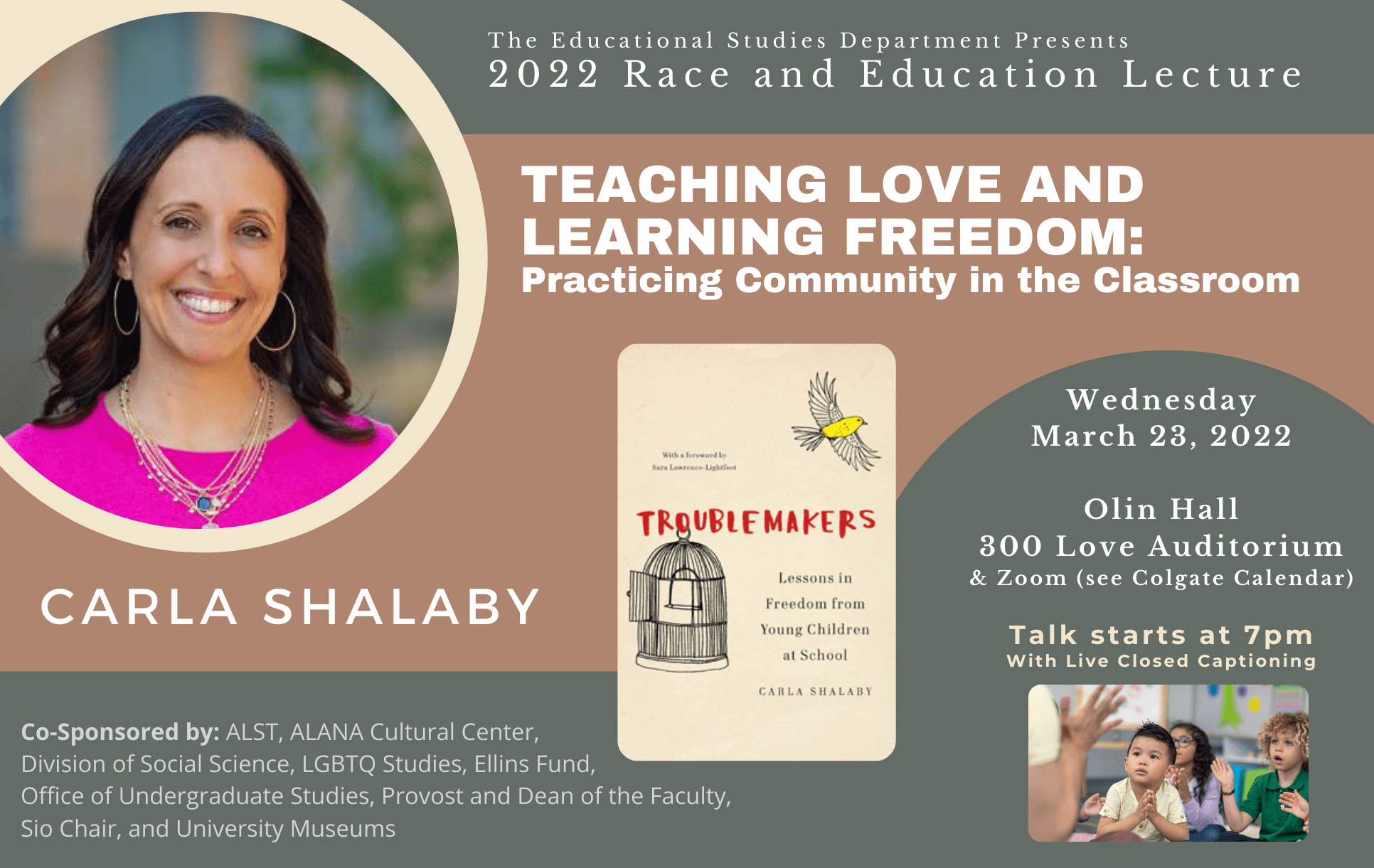 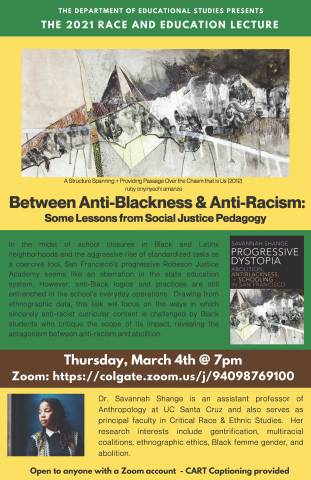 In the midst of school closures in Black and Latinx neighborhoods and the aggressive rise of standardized tests as a coercive tool, San Francisco's progressive Robeson Justice Academy seems like an aberration in the state education system. However, anti-Black logics and practices are still entrenched in the school's everyday operations. Drawing from ethnographic data, this talk will focus on the ways in which sincerely anti-racist curricular content is challenged by Black students who critique the scope of its impact, revealing the antagonism between anti-racism and abolition. 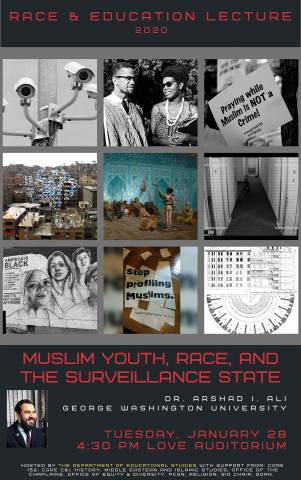 Dr. Ali drew upon a decade of research with Muslim communities in the US and Europe to explore how historic constructions of Muslim identities continue to be relevant in contemporary US. He discussed a history of racial otherness in the Americas through Spanish colonialism. Dr. Ali examines the intersections of anti-Blackness, anti-Indigeneity, and Muslim otherness in the Western world and the US.  Exploring the intersections of racial construction, settler colonialism, and epistemic violence, he discussed how anti-Muslim racism has been deployed in an increasingly carceral US. Dr. Ali will examine current effects of police surveillance, political violence, and cultural targeting on the lives of young Muslims in the US. Is full citizenship possible for US Muslim communities? 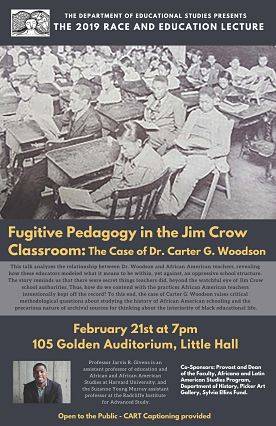 This talk analyzed the relationship between Dr. Woodson and African American teachers, revealing how these educators modeled what it means to be within, yet against, an oppressive school structure. The story reminds us that there were secret things teachers did, beyond the watchful eye of Jim Crow school authorities. Thus, how do we contend with the practices African American teachers intentionally kept off the record? To this end, the case of Carter G. Woodson raises critical methodological questions about studying the history of African American schooling and the precarious nature of archival sources for thinking about the interiority of black educational life. 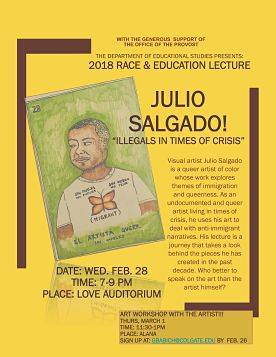 Julio Salgado is a queer visual artist of color whose work explores themes of immigration and queerness. As an undocumented and queer artist living in times of crisis, he uses his art to deal with anti-immigrant narratives.

His lecture was a journey that took a look behind the pieces he has created in the past decade. Who better to speak on the art than the artist himself? Included in his visit was an art workshop.

Co-Sponsor: Provost and Dean of the Faculty

Dr. Patricia A. Graham
Charles Warren Professor of the History of American Education, Emerita, Harvard Graduate School of Education, "Grasping the Past to Inform the Present," 2010.